Through the strategic use of assassins amongst many other things, a king must work to succeed for his dynasty. Developer Paradox’s Crusader Kings II is an open-ended simulation; therefore the definition of ‘success’ is completely defined by the player. Crusader Kings II is rich in strategic and tactical depth.

Crusader Kings is a different sort of strategy game compared to the types of games Paradox usually creates. It is deep, broad, high and every other dimension. A lot of people would look at it and say "this isn't really a strategy game". It is, just different to the strategy you may be used to. And this is a good thing. 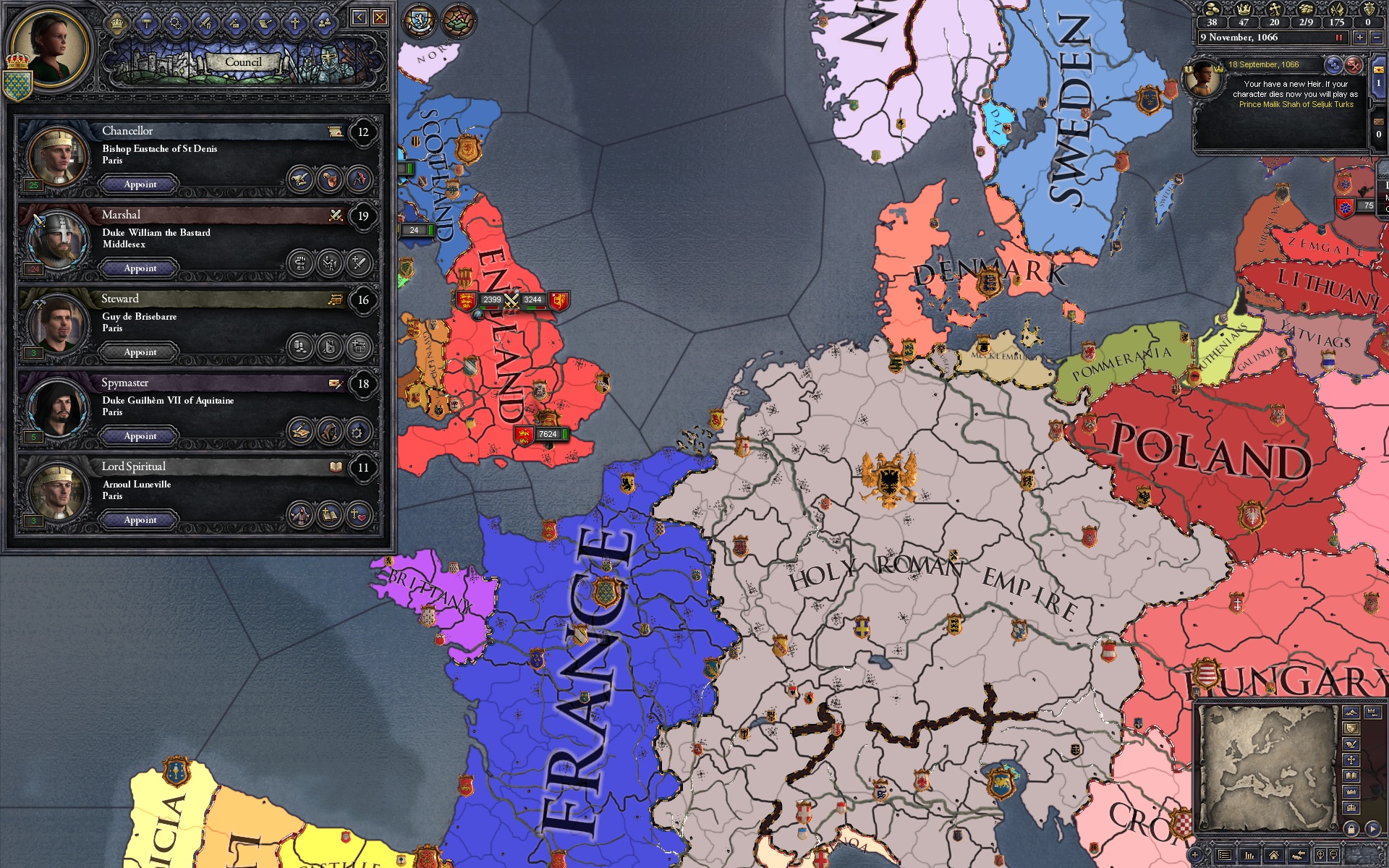 While Crusader Kings II is technically a real-time strategy game, there's very little in the way of micromanagement or rapid clicking going on. You mostly click a button that moves your dynasty towards or away from a point. You mostly sit back while events unfold. The game presents you with alert messages for important events, which you handle according to your whims. Don't think, however, that this will get boring. Events and decision making create a feeling that you’re king of your own castle, and with so many simultaneous events happening, you'll find hours going by like minutes.

As you control a dynasty, the goal is to gain honor, prestige, standing, land holdings and power through multiple generations of sons, daughters, nephews and intermarriage. Much like the dynamics of The Sims, children inherit genetics and traits, culture, religion and skills of their educator or parents. This also adds another element of strategy to marriages. Meaning, the player should aim to breed the best characters they can in order to create the perfect offspring.

This all sounds quite intimidating and complex, but fear not, Crusader Kings II comes with a pretty comprehensive tutorial to help you learn the ropes. It is interesting to see events unfold in Europe that sometimes accord with real history and sometimes don't, it does help to have a basic grasp of European history, but what you don't know the game will teach you. 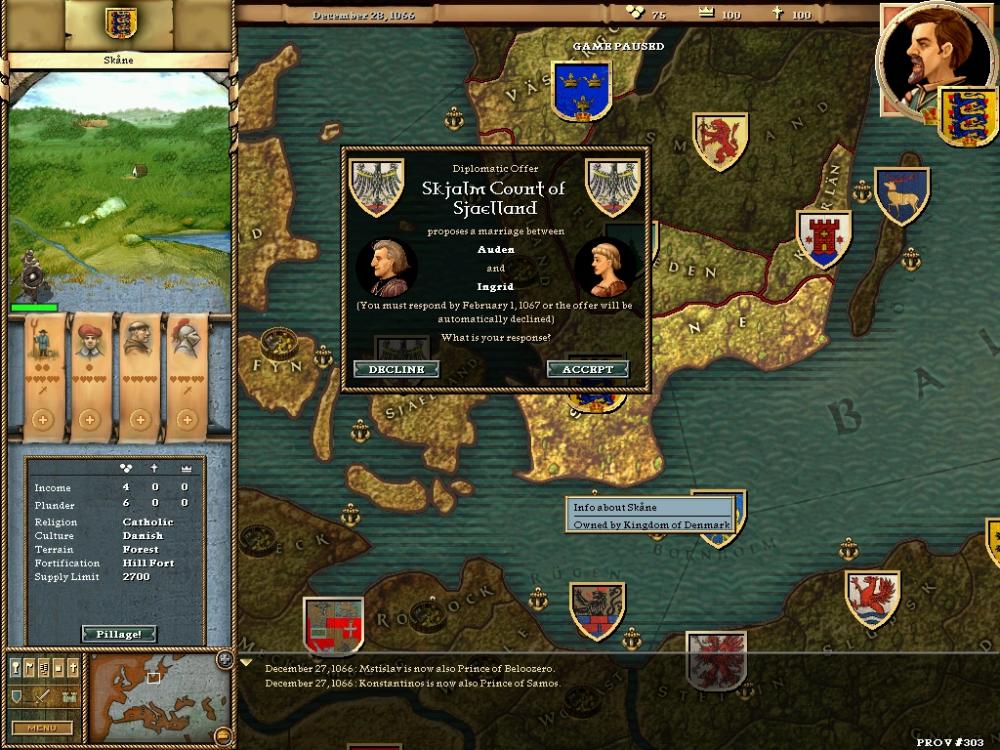 Victory conditions are very subjective in Crusader Kings II compared to many other strategy games. If winning for you entails taking over the British Isles, or maintaining a continuous line of male heirs for five centuries, then that is the aim of your game. It is very much like a ‘sandbox’ game, in the sense you can make your experience what you want. There is a wonderful sense of freedom to play how you wish that make Crusader Kings II so enjoyable and fun to play.

The thing that surprised me the most is that for a deep and involving strategy game, it's fairly easy to pick up. That said though, it is not for people who don't have time to get stuck into it, or for the faint hearted. If you're willing to put in the time, it will reward you with a very enjoyable game experience in the long run. Along with the deep single-player experience, this game also has a competitive co-operative multiplayer feature. Each play through is always a bit different, which adds to a high overall value.

This is not a game that is going to wow you with graphics, but the aesthetic is not so bad that you will be put off by the game. Truthfully, visual pizzazz is just not what this game is about. Crusader Kings II is about building a dynasty, making choices and watching them unfold. Gameplay through simulating immersive decision making and involving strategy is all that matters here, graphics aren’t important if you have a good story or attention-grabbing quality gameplay, which Crusader Kings II certainly has an abundance.