I had high hopes for Crysis 2, a game that had a lot to live up to, considering its predecessors essentially set the bar for freedom and graphics in first-person shooters. What’s more, the original Crysis was a PC-exclusive, allowing all sorts of graphical extremes to be attempted. Crysis 2, however, is a console-centric title, with a port to PC; the possibilities are more limited by static hardware requirements. Fortunately, this hasn’t stymied the developer Crytek, as Crysis 2 is a fantastic looking game, and brings forward essentially every innovation from the original, albeit with some limitations in map size and an annoying inventory system. The sheer length of the quality campaign, matched with a decent deathmatch-style multiplayer may prove Crysis 2 to become a console classic on par with other greats of the genre. 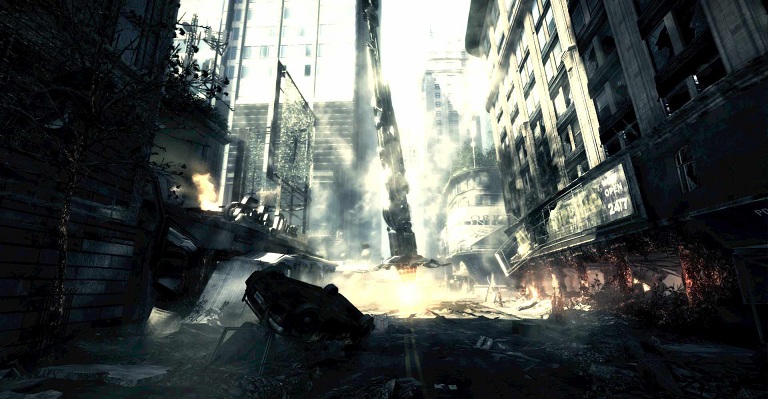 Crysis 2 picks up quite some time after the conclusion of Crysis: Warhead in which aquatic aliens, entombed on a south pacific island, are awakened and have begun to conquer Earth. The separation between the two games is evident, apparently to allow console players to start from fresh rather than continue the plots started in the original and its expansion. The alien Ceph’s initial strike involves releasing a virus that decimates the human population, causing their bodies to break down into viscous goo that they then use in the construction of equipment. From then on it’s a simple matter of deploying ground forces to mop up any remaining resistance. New York is one of the primary targets, and as a marine named Alcatraz, it’s up to you and a contingent of marines to support a powerful asset on the ground: Prophet, a nanosuit-wearing operative that served as the team leader in Crysis.

Unfortunately, the submarine used to infiltrate the city is destroyed by an enemy assault craft and you emerge as the only survivor. Prophet locates you amongst the wreckage and gives you his suit, explaining that he has contracted the virus himself before committing suicide. However, there is a chance: the unique design of the suit can adapt the virus to possibly create a cure, but the only person who might know how is located across the city. It is at this point you are sent into the action, first encountering Cell, a private army hired to capture or kill Prophet both to prevent the spread of virus as well as securing the suit for anti-virus research. Unfortunately, they tend to be a little trigger-happy but are relative pussycats compared to the shock troops of the Ceph, the alien force assaulting the city. Fast, agile and armored, the multiple varieties of Ceph release nano-stimulators that are accumulated by the suit, proving to be an interesting way of inserting upgrade mechanics as you progress through the city as it becomes more and more destroyed and corrupted by the encroaching aliens. Players can also manipulate the attachments on current weapon, bringing it up into focus to choose parts, such as a silencer, assault scope or grenade launcher. However, the attachments are dependent on the particular weapon. 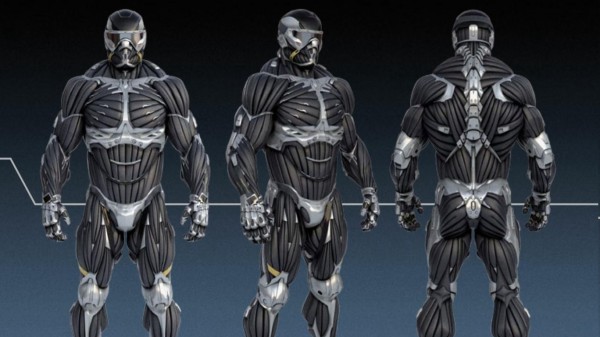 The gameplay mechanics in Crysis 2 remain much the same as in Crysis, with the nanosuit providing the majority of differentiation from other shooters of this era. Limited by a small energy reserve, the suit can allow the player to armor himself against incoming attacks by diverting damage to the energy bar as well as taking over the improved aim of the strength mode from the original. A stealth mode camouflages the player from detection in most situations, but depletes energy quickly and provides no protection against enemies immediately aware of your presence. The speed mode of Crysis 2 is automatically triggered upon sprinting, rather than being directly activated, and the strength mode has been integrated into particular actions, such as jumping or throwing. The visor allows for a tactical analysis of the battlefield at any time, including points of interest, enemies and objectives that can all be tagged for normal viewing outside of the visor. It really does come in handy when presented with multiple solutions to a puzzle. Nanovision is useful in a few situations when visibility is obscured, granting essentially an infrared view to the player. Combined with the Predator purring noise of the stealth mode being activated, the Nanovision allows the player to really feel like they’re hunting prey as they complete their objectives. 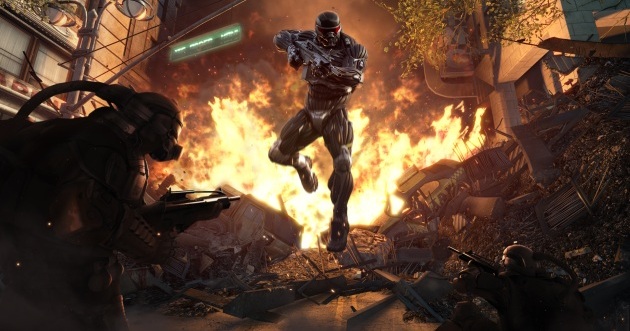 These powers are activated by a menu or hotkeys, and are simple and intuitive to use. The only problem I had was with the weapon selection, in which all the weapons that can be used are chosen from a single unseen menu, navigated initially by the mouse wheel (that can be reassigned). However, that selection apparatus is the only way to choose weapons, and each weapon must be completely deployed before switching to the next. It would have been an excellent idea to allow the player to choose from an actual list that can be seen, and quickly, as I was often killed by an enemy charging me because I was busy switching from my grenades, to the missile launcher, to the C4, to the long-range gun, to my ideal weapon. Counter-Strike did it right in that regard. Other than this medium-level concern that bothered me a few times, combat is quick, simple and oh so good when everything works out the way you planned. 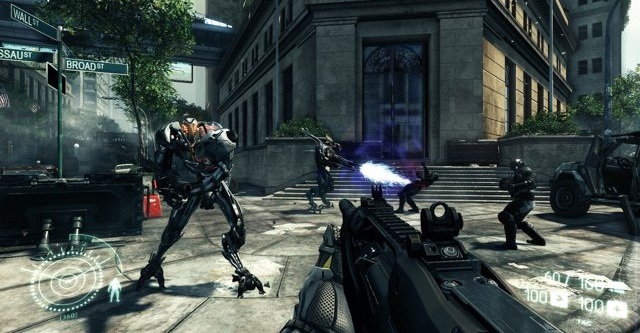 While Crysis 2 has lower system requirements than the original, it remains a beautiful spectacle as buildings collapse in front of you, cars are kicked around and dust clouds billow up from the destruction. Easily better looking than many other titles released recently, the only limiting aspect (although almost imperceptible) is the fact that the free-roaming dynamics of Crysis have been curtailed in favor of more tightly constricted parks and indoor areas. These areas are usually big enough to provide a great deal of planning capacity and stealthy advance, but they are often bottlenecked into individual areas at certain points. Levels are more clearly demarcated in briefing screens, and the inability to go prone indicates that it is moving closer to the faster-paced combat of Call of Duty rather than the methodical, sometimes glacial speed of the original in which causing an alert has more of an impact. Also, the environment is not nearly as able to be manipulated or destroyed through your actions, other than the random signboard or concrete railing. This is a step down from the whole buildings that could be ruined in Crysis, or the readily available vehicles that had shootable gas tanks, tires and drivers. 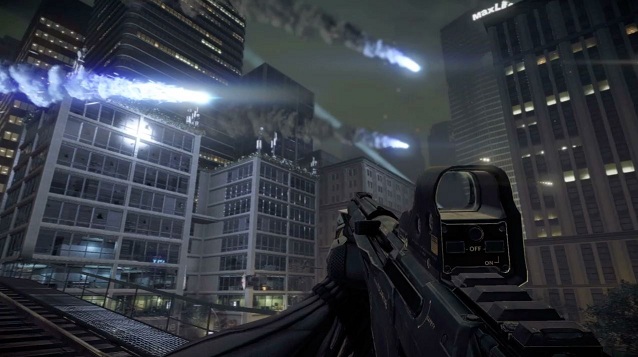 Crysis 2 is a fantastic game, limited only by one design flaw and the choice to switch to consoles as the primary platform. Swift and deadly, the player can control the battlefield at his or her pleasure, dispensing harsh justice as they see fit. Multiple play styles can be accommodated and great story events keep the pace fast and furious until the bitter end. Crysis 2, developed by Crytek and published by Electronic Arts, is available for the Playstation 3, Xbox 360 and PC now. A definite contender for classic status, I recommend it unquestioningly if you’re a fan of shooters.