After the gorgeous visuals of Crysis, it was only a matter of time until the legacy had to be upheld. Although Crysis 2 has been in development for a while, the release date is rapidly advancing, set for March 22nd, 2011. Three years later, the aliens that were released in the first game have overrun the world, infesting population centers and wreaking general havoc. The plot revolves around the experience in New York, allowing the player to use buildings and sewers to navigate the city much like how the player was able to navigate the jungles of Crysis. Some plot details have yet to be released, but a brand new graphics engine powers the visuals, with some descriptions of combat being “catastrophically beautiful.” 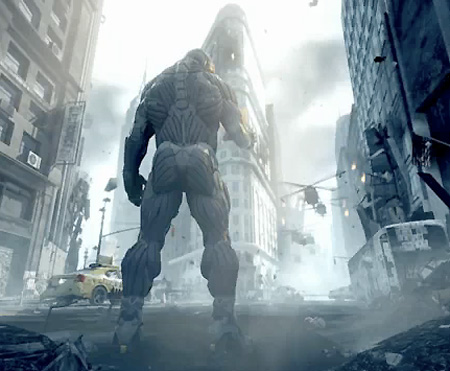 The nanosuit from the original has been upgraded as well; instead of the mundanity of a single power mode, the new Nanosuit 2 can engage several simultaneously, allowing for a greater range of tactical options available to the player. As “Alcatraz,” the player steals this suit from its manufacturer for unknown reasons, causing a manhunt to be launched; this human interference, as well as the aliens, is sure to create all sorts of interesting situations. New RPG elements have been included, such as the option to upgrade the suit, allowing players to customize and emphasize their own style of play to fit the situation. The aliens have had larger, tank-like forms added to their ranks that crush the cityscape as they travel through it, showing off the destructible terrain that players can use to either create or destroy cover. Falling debris from such destruction is sure to be able to destroy enemies in traps, or to block key chokepoints to hold off reinforcements. 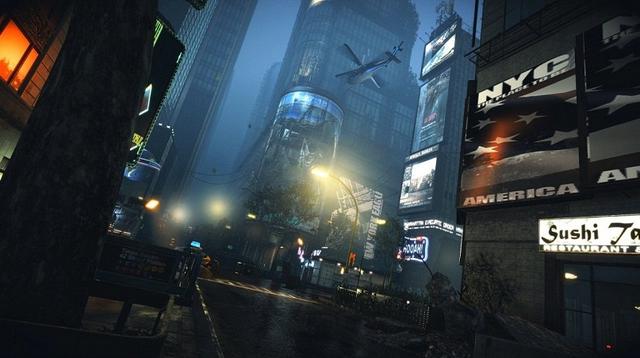 Despite the new engine with its upgraded performance, a key feature that has been touted is the fact that actual system requirements will be lower than even the original game, allowing more players to see the visual splendor that the series is noted for. Some of the developers have commented that the vertical aspect of the game has been worked on, implying that the player will be able to see far and wide from high-rises or other tall buildings, maybe even some situations that puts players on a tightrope between them. Crysis 2 is set for release on the PC, PS3 and Xbox 360 in March, and is sure to make a splash among fans and new players alike.