"She flies with her own wings"
By: Sarah Walters | TV Reviews | December 7, 2015
This week's episode of Da Vinci's Demons relies on exposition to explain what has happened to Lorenzo (Elliot Cowan) this season. Florence's otherwise intellectual and compassionate leader has turned into a violent, mentally disturbed, and aggressive tyrant. In a well-done scene, back in the Medici home, Lorenzo is taking off the Turkish armor that he used as a disguise to escape the Ottomans. As Leonardo (Tom Riley) listens and looks on, Lorenzo reveals his scars, layer by layer. His dialogue mirrors his disheveled and anguished appearance. Through this scene, viewers learn what happened to Lorenzo throughout this season of Da Vinci's Demons, and it's not pretty. In a similar scene later in the episode, Leo and Laura (Simone Lahbib) interrupt Lorenzo's session at the pleasure palace. A dominatrix is whipping Lorenzo's back. Leo and Laura plead with Florence's returned leader to join the crusade. A shirtless Lorenzo shows Laura his scars that he received from fellow Italians, including some at the order of the Pope himself. Lorenzo rhetorically asks Laura who his real enemy is. This also serves to remind viewers of what Lorenzo went through in the first two seasons of the series. [caption id="attachment_77839" align="aligncenter" width="533"] 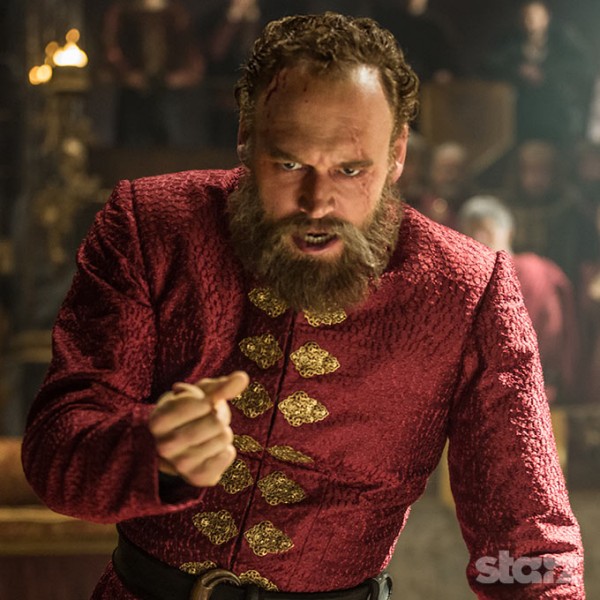 Lorenzo (Elliot Cowan) is back in Florence. Da Vinci's Demons Season 3, Episode 7. Photo by Starz.[/caption] Lorenzo's return isn't as powerful as it could have been. The show relies on exposition to describe what happened to him, when the writers instead could have used previous episodes this season to actually show Lorenzo's story arc. His character development arguably would have been much more interesting than all those dull council meetings and tedious conversations about the crusade. We've only seen Lorenzo one other time this season since he was captured in the second episode, when the Real Pope and Al-Rahim unsuccessfully tried to persuade him to join the Sons of Mithras. Regardless, Elliot Cowan delivers a strong performance this episode portraying a distraught, aggressive, and tyrannical Lorenzo. Those are sides of this character that we haven't really seen before. Lorenzo clearly has PTSD or a similar mental illness. He not only has scars on his body, but in his mind as well. Elliot Cowan does a great job in the quieter scenes as well, where Lorenzo meets his nephew and finds out what happened to Clarice. [caption id="attachment_77841" align="aligncenter" width="419"] 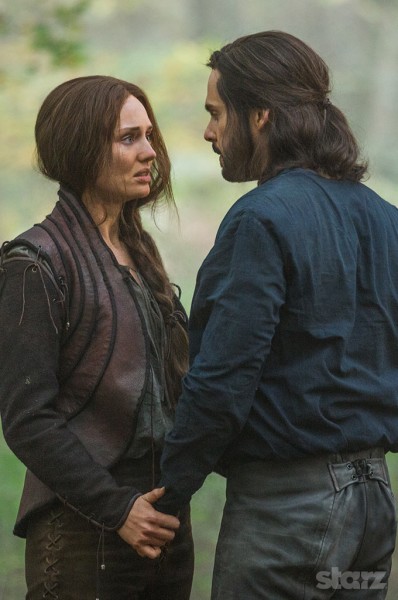 Lucrezia (Laura Haddock) and Leonardo (Tom Riley) finally reunite. Da Vinci's Demons Season 3, Episode 7. Photo by Starz.[/caption] Where one character returns, another character receives their first introduction. This new character is Leonardo's sister Sophia (Sabrina Bartlett). Up until this point, viewers haven't heard of Leo's sister before. She's never been hinted at in any episode of Da Vinci's Demons. Her arrival in the second half of the season is a very convenient and contrived plot device. Once again, the show relies on an exposition dump to explain how this brand new character can solve all of the problems the other characters are facing. Leonardo's mother Seer (Sasha Behar) tells Lucrezia (Laura Haddock) that Sophia can read the page from the Book of Leaves and that Sophia and Leo need to be reunited so they can save Italy from the Ottomans. That seems awfully convenient, huh? Aside from the episode's flaws, there were plenty of emotionally powerful moments, including the romantic reunion of Lucrezia and Leonardo, Vanessa (Hera Hilmar) tearfully refusing Nico's (Eros Vlahos) invitation to run away with him, and the budding romance between Riario (Blake Ritson) and Laura. These are all well-acted and strong scenes, highlighting the great chemistry between the actors. [caption id="attachment_77846" align="aligncenter" width="606"] 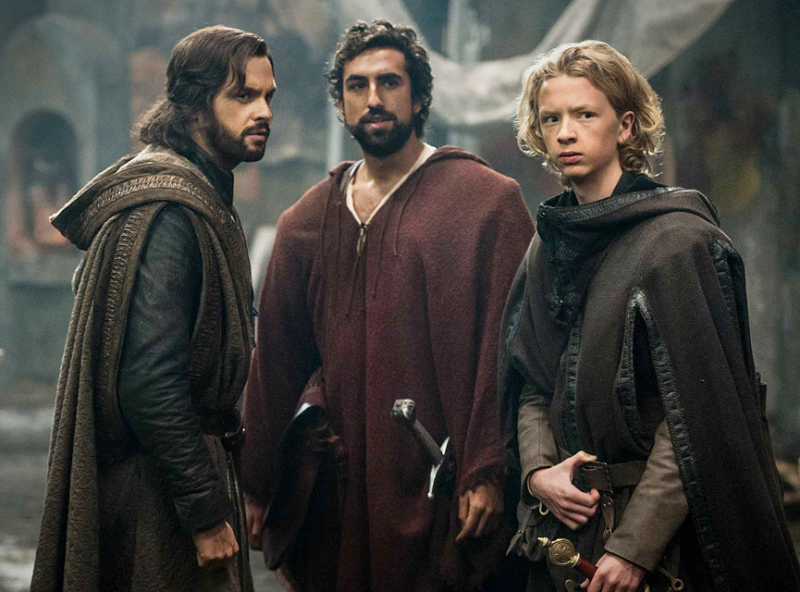 The original crew, Leonardo (Tom Riley), Zo (Gregg Chillin), and Nico (Eros Vlahos) prepare for the journey to Vlad's castle. Da Vinci's Demons Season 3, Episode 7. Photo by Starz.[/caption] To balance the more dramatic scenes, there's a well-written moment of comedic relief between Leo and Zo (Gregg Chillin). Zo suggests that they ask Vlad the Impaler for help to defeat the Ottomans. Zo knows it's a crazy idea. He rolls his eyes, shakes his head, and squints before even suggesting it. Gregg Chillin and Tom Riley have excellent comedic timing, and they work well together. This scene provides a much-needed laugh. On the technical side, there's excellent camera work, editing, and special effects throughout the episode. At the top of the episode, the camera shows Lorenzo's point of view peering through the eye holes in the armor he's wearing. In another scene, Florence city guards are shown dismantling Leo's studio. They're digging through his sketches and notebooks to confiscate his new weapon designs. The quick-paced editing and music match Leo and Zo's obvious frustration. And in another scene, Seer and Lucrezia stare at a spinning coin while the light reflecting off the coin flashes and swirls around the room. This season of Da Vinci's Demons has really improved on the visuals. Everything, from the props and sets to the editing and special effects, has a more cinematic feel than ever before. It's more and more apparent every week that Starz's decision to prematurely cancel this show was a darn shame.
Rating
8.4
Pros