Picking up two Oscar nominations and inspiring a devoted legion of fans, the 1984 comedy Ghostbusters has endured to this day as a pop-culture phenomenon and cult classic. A sequel hit five years later, but it arrived with much less fanfare than its predecessor.

Still, there’s been chatter of a third “Ghostbusters” installment for a long time, though mostly just various stars of the original commenting or not commenting on it happening or not. What’s more, most of the rumors were shot down by director Ivan Reitman as “not accurate.” However, it looks like we finally have solid information about Ghostbusters III from one of the series’ stars. 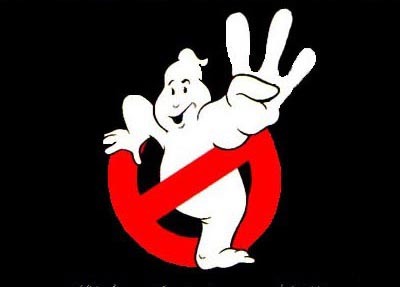 Cinema Blend relays that Dan Aykroyd had a guest stint on Dennis Miller Radio and discussed the third film there. The Saturday Night Live alum and Ghostbusters star stated that production on the third film aims to begin in the spring. He also revealed that the film will see “a new generation” come in and take over where the older generation left off.

Aykroyd stated that the new leads will include three males and one female; he also admitted that Criminal Minds star Matthew Gray Gubler has apparently caught his attention for one of those leads, though as with previous casting rumors, such as when Aykroyd mentioned Anna Faris and Bill Hader in an interview with WGN Radio in Chicago last November, nothing should be taken too seriously.

Interestingly, Aykroyd dances around the issue of Bill Murray returning. Though he’s been ardent about getting this film off the ground, Aykroyd says that he’ll “hopefully” return and that he isn’t the one thing that makes the franchise what it is. Considering he was a main piece of the films, it’d be difficult to imagine him not returning, so hopefully it's an issue of negotiations at the moment.