Dark Souls II is Coming to PS4 and Xbox One

"Dark Souls Rolls Its Way Onto New Consoles"
By: Zack Zwiezen | PC News - PS3 News - PS4 News - Xbox 360 News - Xbox One News | November 25, 2014
Namco Bandai has announced that Dark Souls II is coming to PS4 and Xbox One next year. The new and improved version of the RPG will be released on April 7, 2015. Bandai Namco released a trailer showing off the new version.


Developed by renowned Japanese video game development studio FROMSOFTWARE, DARK SOULS II: Scholar of the First Sin is a compilation of 2014's critically acclaimed title, DARK SOULS II along with its three DLC chapters; CROWN OF THE SUNKEN KING, CROWN OF THE OLD IRON KING, and CROWN OF THE IVORY KING along with an array of all-new content. DARK SOULS II: Scholar of the First Sin will takeadvantage of the power of the PlayStation 4 system, Xbox One, and DirectX11 PCs with enhanced graphics in addition to brand new game content including an expanded story featuring additional in-game events and NPC character along with new deadlier enemies and gameplay improvements. 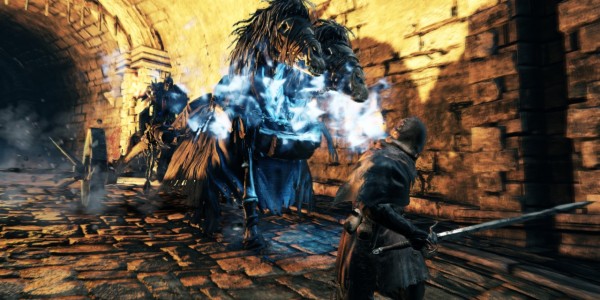 From Software will also be releasing a new patch for Dark Souls II that will be released on all versions, no matter what platform you are on. This update will add a new NPC, new in-game events,online matchmaking and balance changes.
Dark Souls II is currently available on PC, Xbox 360 and PS3. A month before this new version is released From Software's other RPG, Bloodborne, will be released on PS4. So if you are a fan of their games it seems next year is a great year to die over and over and over...
[Source: Kotaku.com]