By: Justin Moody | Comic News | August 4, 2010
Due to overwhelming fan response Darkwing Duck #3 has outsold issue #1 and has also been added as an ongoing title!

BOOM!'s latest smash hit has received tremendous fan support with sales of DARKWING DUCK #3 surpassing the sales of issue #1. DARKWING DUCK #2 is also on the verge of a sell-out and BOOM! is looking into a second printing of issue #2. 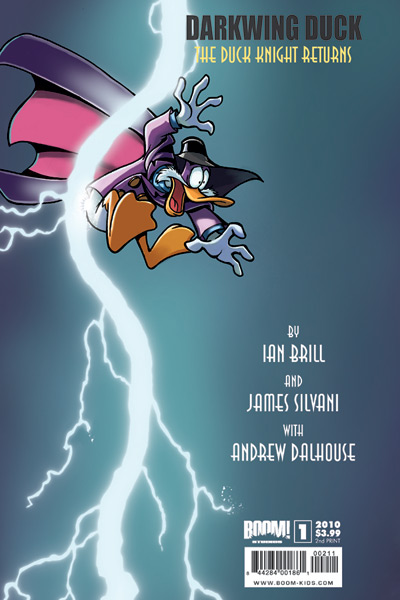 Fans should keep in mind, while Diamond Comic Distributors is completely sold out, first printings of DARKWING DUCK #1 may still be found at a direct market retailer near you.

The second printing of DARKWING DUCK #1 is also available to order immediately through BOOM!'s relationship with Haven Distributors.