Thirteen issues of Darkwing already? It seems just like yesterday when I was excited about the terror that flaps in the night’s return to comics. One thing is for sure, the momentum that this book has is showing no signs of slowing down. This all-ages title now under the Kaboom banner is fun, full of heart and captures everything that was good about the cartoon.

This issue introduces a new villain to the Darkwing family that goes by the name of One Shot. He’s a baseball pitcher that after running out of new pitches to throw, begins throwing anything different he can – blenders, fish and even a Dalmatian puppy. It becomes such a problem that he’s suspended from baseball until he can control himself. He sulks in his mansion until a mystery gift is delivered to him; it’s a coat that produces an endless amount of new items for him to throw so that each pitch continues to be different. 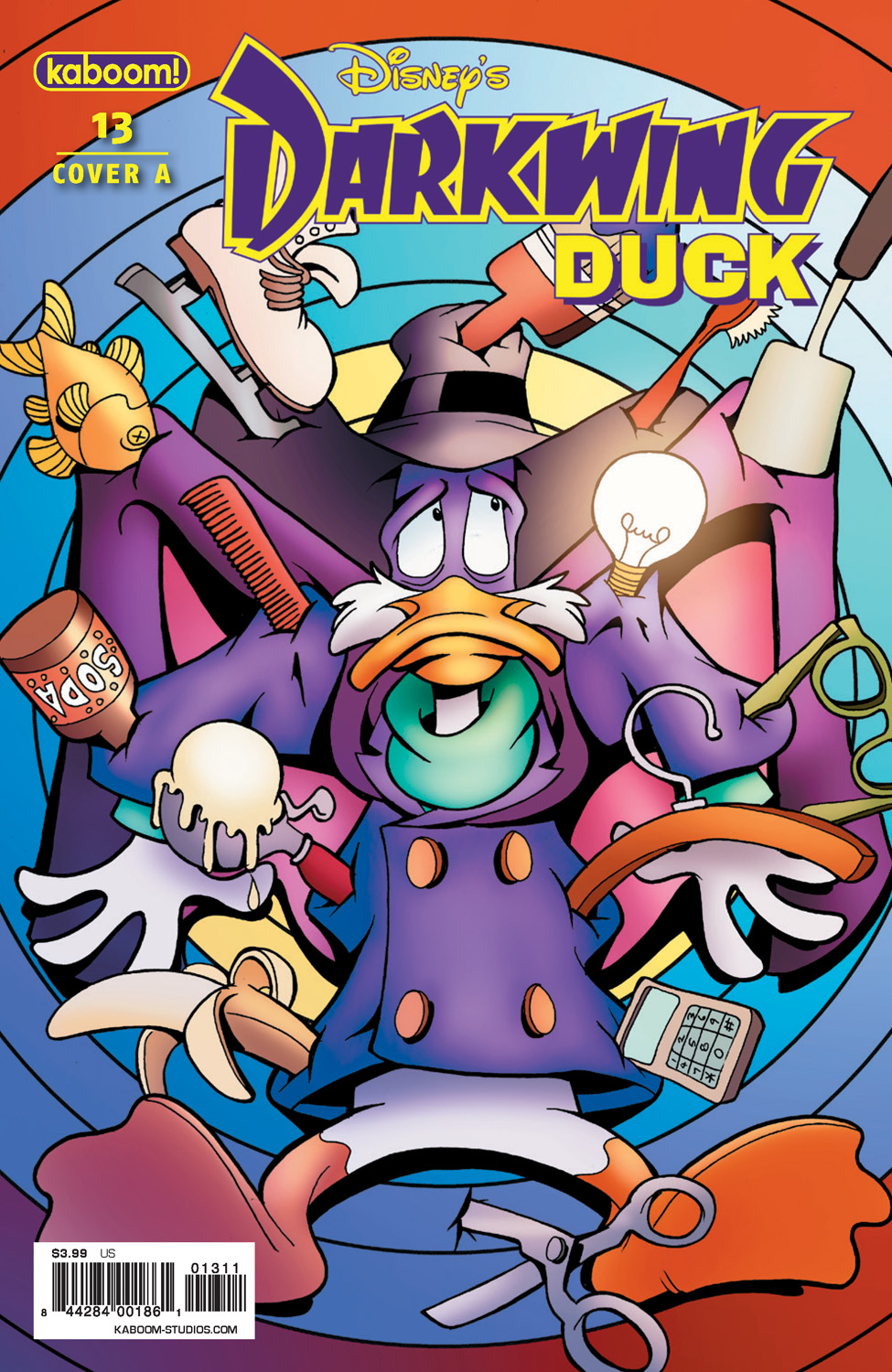 Meanwhile, Darkwing and Launchpad are going from psychic to psychic trying to find Morgana who has disappeared after her last adventure with Darkwing. DW is at a loss without her and has become hopeless in life until he finds her. Gosalyn encourages her father to remember the last thing that Morgana said to him. DW remembers and decides to leap into action once more and face this new villain.

The story was fun and well crafted. Ian Brill does a great job of introducing this new villain to the Darkwing-verse and building him up better than the cartoon show would have. He sets him up for future appearances, but wraps up his origin tale in this issue. Brill also uses this issue to set up what’s sure to be the next arc in the series.

The art is, as always, phenomenal. It has the same style as the cartoon, but better. The world is richer and full of life. Finally St. Canard feels like a real city with real citizens rather than just a place setting for Darkwing and Villains to play. James Silvani has become irreplaceable at this point in the series. Because his style is straight out of the cartoon, anything that deviates from this would frankly ruin the book.

This is a great all-ages book that still appeals to fans that grew up on the cartoon show. My only gripe with the series is that it comes out too fast! I feel behind on the series already and it’s still new. Granted for kids this is great because there’s always new Darkwing for them. Really that’s the silliest gripe to ever have with a book; most of the time a book isn’t coming out on time, but here’s Darkwing ahead of schedule. This is a good jumping on point for readers that are either getting back into the series or picking it up for the first time.