"Fans of The Office, rejoice! David's back"
By: Russ Matthews | Movie Reviews | August 9, 2016
It has been 15 years since David Brent (Ricky Gervais) was the attention of a film crew and what was happening in The Office. He has moved from Wrexham Hogg and is now a sales rep, but his real dream is to be a rock star and to take his band Foregone Conclusions on the road. Thinking that the film crew is there to see his rock and roll journey, he begins to piece together this tragic outing of forming the band, dipping into his pension to pay for the 'national' tour and attempting to find gigs. The mockumentray provides a behind the scenes look at David's life and cringe-worthy experience of introducing the world to his musical stylings. 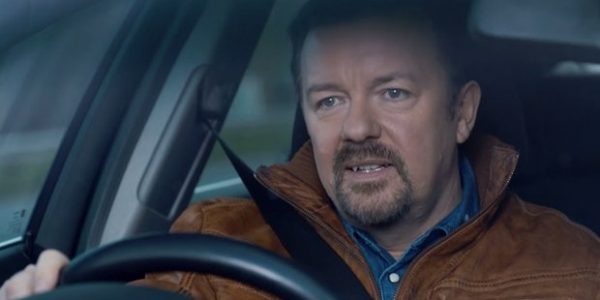 Whether you are a fan of either of the incarnations of The Office, you would have most likely heard of the comic stylings of Ricky Gervais and his alter ego, David Brent. The deadpan manner, offensive wit and the unintentional self-deprecation have become the mainstay of his career. Both the UK and US series have a cult following that have lasted long after the completion of the series. Which answers the question of why they would consider a cinematic adaptation of this character? There is an audience who wants to know what happened to the oblivious middle-manager of the Slough branch of the paper manufacturer.
For anyone who is confused by the previous description of the central character of this film, this cinematic outing is probably not for you. To truly appreciate the comic treatment of the material in David Brent: Life on the Road, you will have needed to be a fan of The Office (UK) and Ricky Gervais. For the fan, this will satisfy the inner need for more of Brent and his world of self-delusion and his inevitable 'foot in mouth' experiences. For The Office unaware, 'Life on the Road' will conjure up memories of the superior This is Spinal Tap. The biting humor and train wreck experiences will entertain, but will be enthusiastically appreciated by those who are familiar with David and his manner. 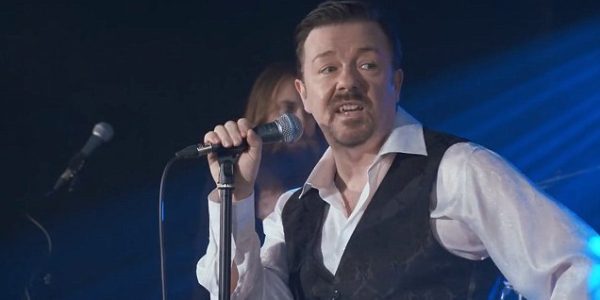 The film is a vehicle to showcase Gervais and the comedic riffs that have made him world renowned. He does show that he has the chops to sing and write music, while still staying true to his character. Like the television show, the comedian does surround himself with rich characters who commit to the craft of the doco-style delivery. The band and staff workers treat him with the same level of contempt as the staff of Wrexham Hogg which is both humorous and heartbreaking. Tom Bennett (Love & Friendship) and Doc Brown (Brief Encounters) added their talents to the cast and provided brief lights amongst the rather tragic cadence of the story line. Life on the Road does not measure up to the great mockumentaries of life such as  Best in Show and This is Spinal Tap. It also fails to capture the true magic of The Office, but it will fill the void for fans who have an insatiable need to know more about the future of this self-proclaimed renaissance man, David Brent.
Rating
6.0
Pros