"A film about a film critic. This should be interesting to review. Also, since I see him each week..."
By: Russ Matthews | Movie Reviews | February 21, 2017
An often-repeated assertion in the body of film criticism I have written is the assertion that movies do not just mirror the culture of any given time; they also create it.' - Bell Hook
The Australian public allowed this man into their lounge rooms for over three decades with the rambunctious Margaret Pomeranz at his side. Aussies looked to David Stratton each week for advice on what to see in cinemas over the weekend. Besides the influence of Roger Ebert in the United States, there are few critics that are so recognisable to the general public. At the Movies had an unprecedented run on the ABC and still sets the standard for most for cinematic critique in the land down under. With his familiar attire and white beard, people thought they knew all they could about the man who has seen over twenty-five thousand films in his lifetime, but there is more to know about the man at the movies. David Stratton: A Cinematic Life gives his fan base and beyond an in-depth look at the man who's passion continues to be the growth of the Australian film industry. 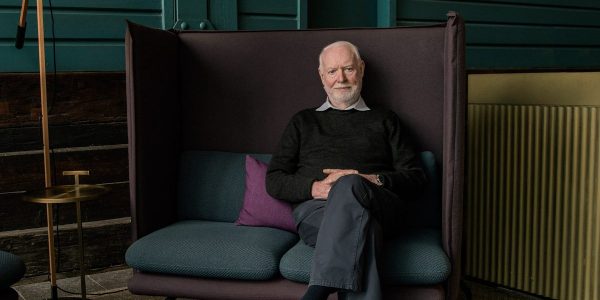 Written and directed by noted documentary director, Sally Aitken (Getting Frank Gehry, Streets of Your Town), who provides a personal look into the history of David’s life and the influences that embody his lifelong passion of film and specifically Australian film. Aitkens methodically weaves in the integral effect that the Australian film industry had on the film efficinado’s life and his contribution to its growth. She begins his story with a look through his trusted, but antiqued method of documenting his film reviews to his days at the Sydney Film Festival and then systematically showing how an Australian film reviewer's Australia dedication to the field changed the landscape of cinema.
To critique a film of a fellow critic seems a bit odd, but thankfully it is not solely a celebration of David’s life as it is a timeline of the rise of Australian cinema. Very few critics would get the respect and accolades from stars ranging from Russell Crowe to Nicole Kidman or accepting praises from directors like George Miller and Gillian Armstrong, who have not always received favourable reviews from the senior statesman. The genuine esteem given to David’s contribution to the world of cinema encapsulated his value to the development of Australia's voice in the international market. The overall experience of the documentary became a fascinating historical journey through the unique style and viewpoint of this sunburned country. 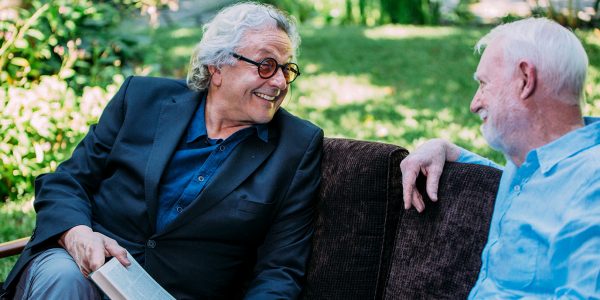 This documentary was made for the viewing pleasure of the fans of Australian film or At the Movies. It can be a bit disjointed at times and potentially paints David Stratton as one-dimensional, but it does satisfy the cinephile’s need to know more about the critic with the white beard. Australians may consider it to be a bit too self-gratifying, but it contains enough of a focus on the industry to keep it from merely being 'legend building.' Also, at this stage in life and with all he has done for Australian film, Stratton will most likely shrug off most of the critiques from his fellow critics and will quietly go to enjoy another film. Hopefully, A Cinematic Life will provide a positive perspective on this field and help us all to relish in the rich history of our country’s cinematic contribution to the world.
Rating
8.5
Pros