2010 has been an active year for Steven Spielberg’s long in development Lincoln project. Liam Neeson had long since been attached to play the lead and earlier in the year, Sally Field had been announced as playing Lincoln’s wife, Marry Todd Lincoln. However, news broke over the summer that Neeson, having grown tired of the project’s long stay in developmental hell, had left the project, leaving Spielberg without his (perfectly cast) Lincoln. 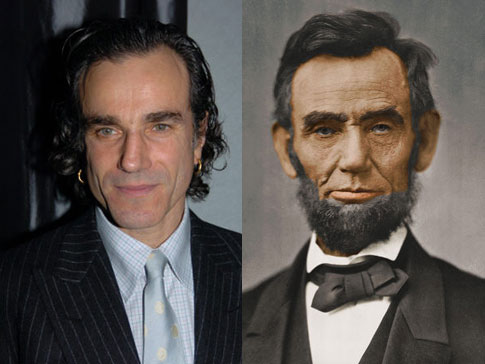 Recently, Steven Spielberg has been far more active as an executive producer than a director; his last directorial release being the 2008 financially successful but lukewarm received Indiana Jones and the Kingdom of the Crystal Skull. Prior to that, Spielberg had always expressed interest in directing a biopic of the 16th U.S. President and with Neeson set to star; the project was poised to strike. After all, the last film the duo made together was 1993’s Schindler’s List, which went on to garner 12 Academy Award nominations, winning 7 (including Best Picture and best Director, with an acting nod for Neeson). Neeson’s recent departure from the project left many anticipating the project with a single thought: “damn it.”

The news of Day-Lewis’s involvement should be enough to quell the concerns of the Neeson fans. While Neeson’s height, body structure and overall talents were a perfect match for Lincoln, arguably more so than Day-Lewis, nobody can deny that of the many versatile actors living today (or ever, really), Day-Lewis is one of the best. In this regard, it can only be seen as a positive sign the project is actually moving forward, after being stuck in developmental hell for so many years. With shooting (believed) to begin next fall, expect more news on what is sure to be one of Spielberg’s more intimate projects since Munich.