DayZ, One Heck of a Mod

By: Christopher Puenner | PC Features | June 26, 2012
Modding is a magical concept. A community is able to take a video game that’s already established and change it with various results. Sometimes those results are unsubstantial and sometimes the changes are a saving grace for a quickly antiquating title. DayZ is a mod for ARMA II that has recently taken an otherwise quiet game to new heights in the mainstream media of the PC gaming industry. By new heights I mean taking the three-year-old game to the top selling charts for five weeks straight.

There is a reason ARMA II is at the top of the charts, and that reason is a player-made mod for the core game called DayZ. DayZ is a zombie survival game. It sounds rather simple and straightforward until you dig a little deeper. It’s a ‘real’ survival game about the struggling to see another day. 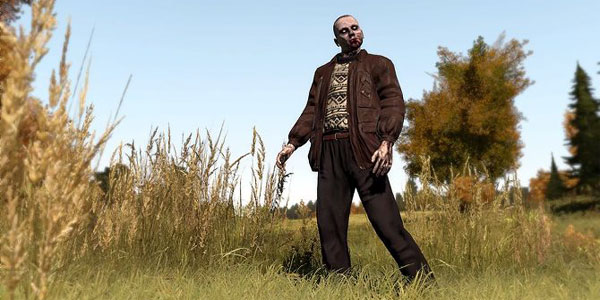 During this struggle to survive you’re not alone however, there are other players on this island with you. DayZ not only supports multiplayer but mandates it. Your character is consistent across any DayZ server you may join.

You start on a beach of an island with nothing but a can of beans and must forage through zombie-ridden towns in order to gather supplies such as food, medicine, and weapons in order to survive. In a world where money means nothing, items necessary to survival are more valuable than anything else. You need these things to survive, if you die that’s it, you have only one life before you must start again with your lonesome can of beans. All these variables combined are what make this mod so popular through its organic approach to survival horror. 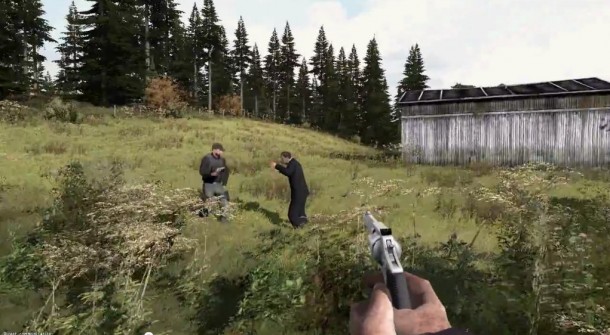 Finding supplies and zombies aren’t even your biggest worry, you can sneak past them with some knowhow and patience, but other players are a different story. As is true in a zombie story setting you’ll have to deal with teamwork, betrayal, murder, and sacrifice to survive. In a game where you have only one life, limited supplies, and must put yourself in danger in order to survive and progress, you are constantly on edge and every action or decision you make has meaning.

It’s a good idea to approach a town slowly and cautiously to avoid as many zombies as possible since there are so few bullets that you couldn’t kill all the zombies anyway even if they were standing in a row. When entering your first house you may find a few supplies and start heading to the next room over. Suddenly, you hear a few scuffling sounds and poke your head around the corner to see another new-looking player scrounging about for items of use. You have a choice: kill him and take all of his items for yourself or attempt to team up in order to clear the town of zombies? This moment of indecision is what makes this game shine, you can feel the importance of your decisions. When it comes down to it DayZ is more than a military shooter with some zombies in it, the amount of human presence in everything you and other players do is almost palpable. The result of every encounter is literal life and death to your character, a character that you may have spent more than a few hours desperately building up. The only thing that has value in this game is life.

Player created mods are difficult to make (in most cases) and very rarely offer any return to their original creator. This deters most gamers from the idea of developing their own gametype, map, or skin set for their favorite game. Every once in a while, however, you have a person or set of people that make it happen. They create a mod that’s arguably better than the core game itself and you find a literal game-changer. DayZ is one such mod. But who knows? Perhaps this mod will inspire entire new games with its innovative gameplay and groundbreaking mechanics. DayZ is something to keep your eye on.