Etrigan the Demon is a character from the DC Universe that was created by Jack Kirby in 1972, first appearing in The Demon #1. Etrigan is a demon from hell and even though he is normally really violent he is often found helping the forces of good because of the friendships between the heroes and Jason Blood, the human whom The Demon possesses.

Even though his first series was short lived and his second was cancelled after only five years, Etrigan has stood the test of time as a favourite being a reoccurring character in other titles such as Kevin Smith's "Batman The Widening Gyre",Green Arrow "Quiver" and Neil Gaiman's "The Sandman", with mini-series peppering the markets over the years. 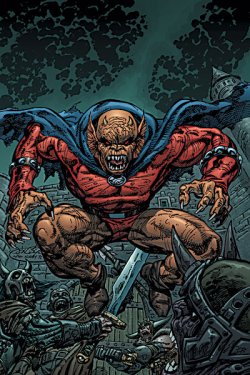 Etrigan is the son of Belial and the half brother of Merlin. Merlin had hoped to gain secrets from his brother, but after failing to do so he trapped Etrigan on earth in the body of Jason Blood, a knight in King Arthur's court of Camelot. Consecequentially making Jason Blood immortal. Centuries later he is called to the crypt of Merlin, where he reads a poem releasing Etrigan, which now makes Jason Blood constantly fight for control.

Blood had many doubts about himself, but despite this when the Justice League disappeared trying to rescue Aquaman, Batman enlisted the help of Jason/Etrigan as the team's magic expert. This was only allowed if he met a certain requirement, Jason Blood was not allowed into the Watchtower unless he could control Etrigan. Blood spent time magically raising the defences of the Watchtower. During a fight with Gamemnae, Blood sacrificed himself to free Zatanna from control. However, with Martian Manhunter telepathically prompting him to turn to Etrigan, he was able to escape Gamemnae's control. Not long after, Blood left the Justice League giving his responsibilities to Manitou Raven.

It was during the series The Blood of the Demon, plotted and drawn by John Byrne, that Jason was actually able to force his will upon Etrigan when in demon form. The two normally existed separately.Twice Etrigan attempted to make a change in Hell. Once was using the Trident of Lucifer and hoping to become the leader. He was defeated by a makeshift Shadowpact team at the Oblivion Bar. Later he was in a battle for Hell on the behalf of Nero and duelling the Blue Devil. Jason Blood played only a small part during DC's Blackest Night event. The body of Jason Blood was possessed by Deadman, whom then invoked the transformation into Etrigan and used his flames to hold back the Black Lanterns.

He also appeared in the JSA/JLA crossover prelude before DC's Brightest Day. Here he went to Germany to investigate a meteorite that contained an unconscious Jade. After attacking a squad of German superheroes, he then comes into conflict with the Justice League. After being defeated and reverting back to his human form he leaves, but not before warning Batman that the meteorite contains supernatural abilities, which turns out to be the Starheart. An entity that can give meta-humans magical or elemental abilities.

The poems that unleashes Etrigan: 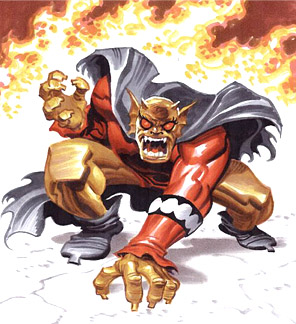 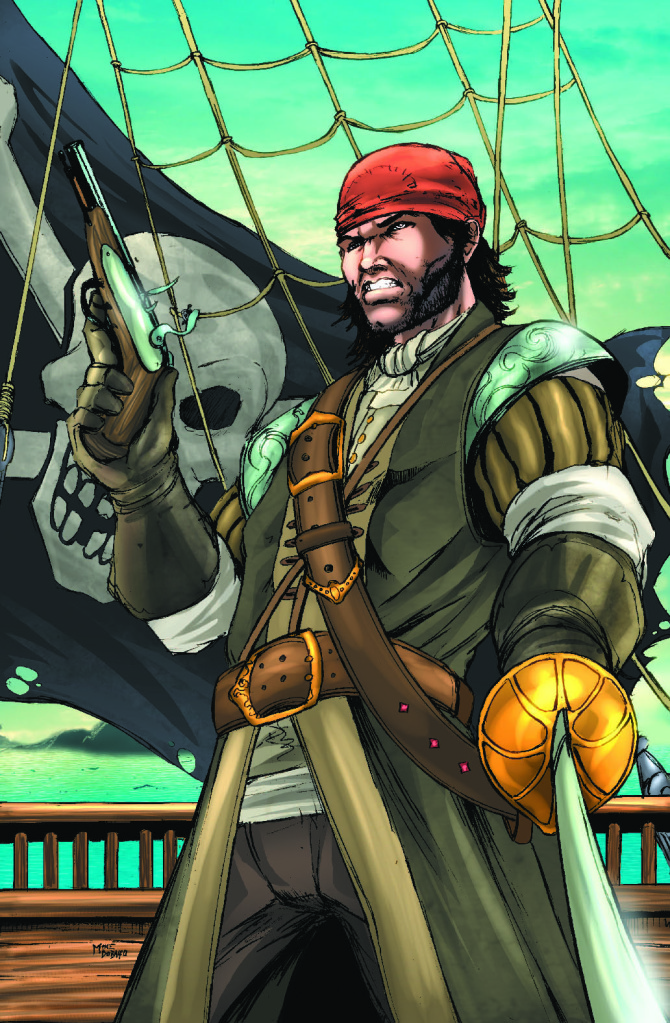 Change, change the form of man.

Boil the blood in heart of fire.

Gone, gone the form of man,