Holy blast from the past Batman!, or at least that’s what the young ward half of the Dynamic Duo would say once he heard the news about DC Comics’ new digital-first series that was just announced today. DC Comics’ digital-first titles already include a quality assortment of series such as Arrow, Smallville Season 11, and Batman Beyond so what could have possibly been announced that could stand aside such fan favorite little books?

Well, as if the opening line there wasn’t indicative enough, the newest title to join the online ranks of DC Comics is – Batman ’66! A surprising comic book continuation of the iconic Adam West television series, which has since it’s heyday in the 60’s, imprinted itself onto the mythos in a near-unchangeable way. When one thinks of Batman then there are good odds that one of the few things that will spring to mind right away will be the highly campy, and very entertaining, Adam West interpretation. So some questions remain, why continue the series in such a way and why now? But most importantly of all – whom in the world do they give such a task too? 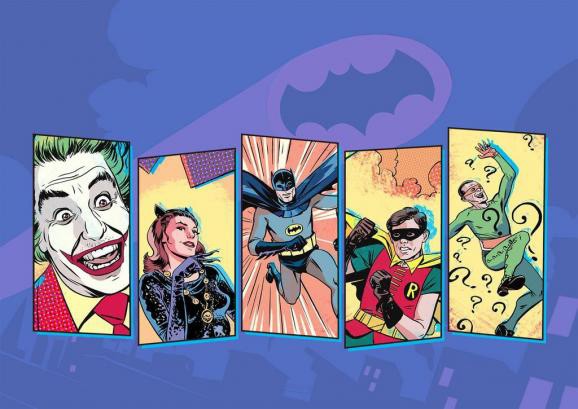 The first two are easy enough to discern due to what has been previously stated – ie. That the 60’s Batman show is recognizable and so it makes sense to capitalize on such a thing even now – but another reason is (and this is the “now” part) is that there are upcoming toy lines based on the 60’s show soon to hit markets and now is the time to strike well the proverbial iron is hot. In any case the title makes a welcome fit along the other show-inspired reads. As for “the who”, now that is where we hit a nice stride. Jeff Parker (of Agents of Atlas, Marvel Adventures, and Age of The Sentry fame) has been tapped as the writer and so far has stated to be following the format of the show with his issues – in that there is a “special guest villain” every installment, with the first being a very Gorshin-esque (of course) Riddler. A preview can be seen below done by the series’ artist (for the first three stories at least) – Jonathan Case, whose notable works include Green River Killer and The Creep. As if that weren’t enough of a dream team famed comic book artist Mike Allred (Madman, FF) has been tapped to create the covers for the series – and whose unique pop-art style should make a beautiful match for this throwback. 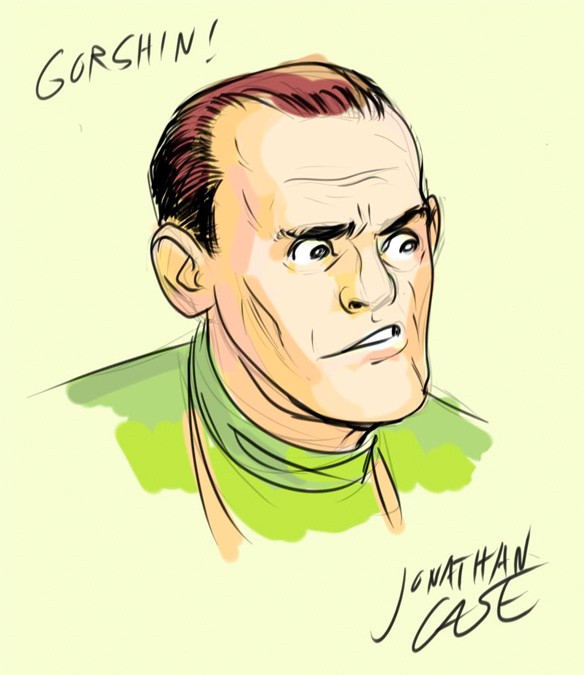 The series is set to hit digital shelves this Summer, though hopefully it will be announced as a weekly series soon enough – for it has been far too long since “Same Bat Time, Same Bat Channel” has been a thing.