DC Gets New Artist for Animal Man and Others!

Surprising news this week.  It was announced on DC’s blog The Source that there would be a new artist on the popular New 52 horror title Animal Man.  Several other artists previously on a New 52 title will be reassigned to another New 52 title.

Artist Travel Foreman has been heavily praised for his artwork on Animal Man.  This made it all the more shocking to fans when DC’s The Source announced Foreman would be moved to Birds of Prey where he will be drawing urban cities and a slew of Gotham’s most beautiful women, which include Batgirl, Black Canary, Katana, Starling and Poison Ivy.  His story will have the Birds of Prey facing off against Talon and the Court of Owls previously portrayed in the popular Batman title in a new story arc entitled “Night of the Owls.”  The arc will feature a cross-over with the bat-family.

Steve Pugh will be replacing Travel Foreman on Animal Man.  But Pugh is not coming in blind.  He has worked on Animal Man Buddy Baker’s original series back in the 90s’, so this replacement will be a long-overdue return for the artist who says:

“For me, it’s awesome to be returning to a book that was such a milestone in my creative life and with Jeff, a killer writer who’s been punching ANIMAL MAN through the ceiling!  Yeah, I was buying the book already but now I don’t have to wait so long to find out what happens next!”

Other changes include Fernando Dagino leaving Resurrection Man to work on Suicide Squad, and Jesus Saiz will be leaving Birds of Prey and will work on Resurrection Man.  All of these changes will occur beginning with each issue 9 of each respective series in May. 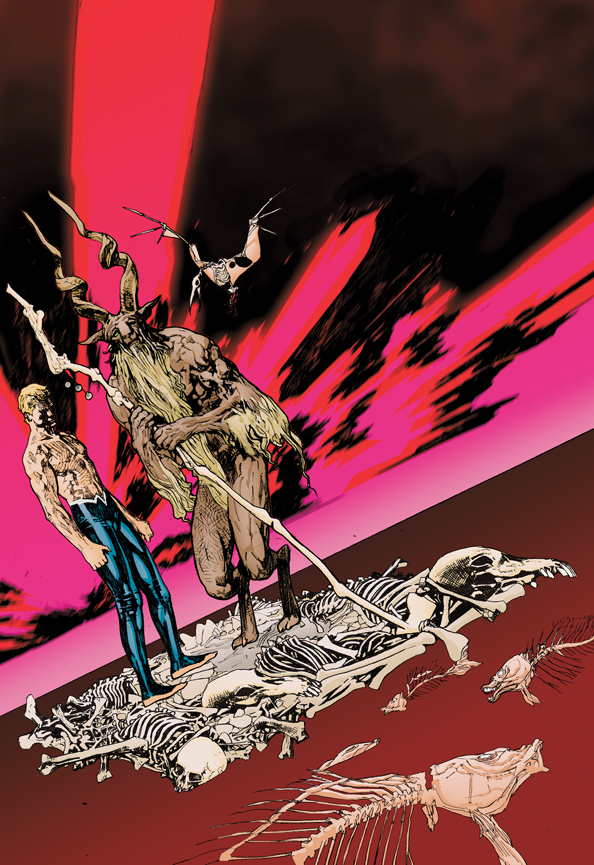