I know, another article on the DC reboot? The damn thing won’t go away! I’m sure most people thought the way I did, that DC was going to stay tight lipped about the titles and creative teams, but that hasn't been the case. DC is dropping details daily and what started off fun and exciting has become scary. So many details are coming out that it’s starting look like a group email to the creators letting them know that they got the book. Add the fact that there’s inside information that this reboot isn’t DC’s idea and suddenly this entire process seems nuts!

What am I talking about? Well the reboot efforts might be led by parent company Time Warner who apparently realized they own a comic book company. They also realized they always come in second place to Marvel and this was even before they were acquired by the Mouse. Let’s look at this realisticly and see if it makes business sense for Time Warner to reboot an entire company. The easy answer of course is yes, but that’s not how businesses work in the real world. 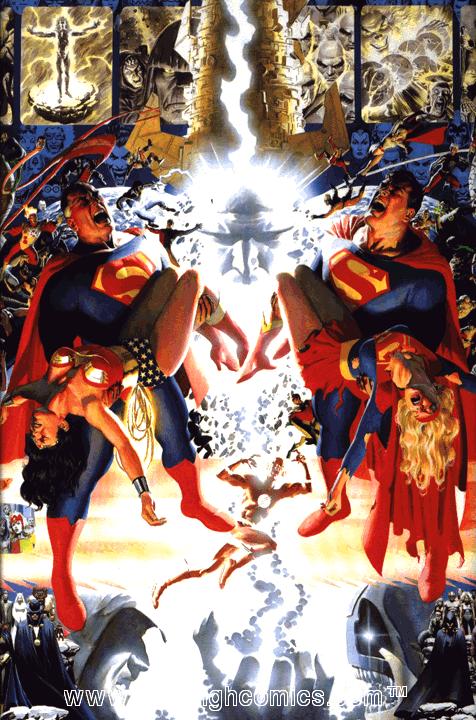 Love it or hate it, DC’s continuity is so muddled with acquisitions, multiple earths and frankly... poorly handled reboots, so much so that it’s the least welcoming franchise for new readers. In fact you can’t even get Marvel readers to switch over because they have no idea where to start. If you erase all of that, then you have a fresh place for everyone. No more references to some obscure storyline that came out in the 70’s or revamping a B-List character because they fell to the waste side. Instead you have that starting point for all new readers and old alike. This also benefits the characters as the status quo of being an A-List, B-List, etc is erased. Readers and characters get a fresh start? Good idea.

DC and Time Warner have been in a losing battle with the families that own Superman and last week it came to the only conclusion it could… a rich lawyer. Seriously though, TW lost the origin story and several elements that all Superman fans are familiar with. That’s a lot of money lost and then to have to continue paying to use those familiarities. Is TW going to do that? I don’t think so. If they pay for the name and change everything else, the royalties go down. They have to, if they didn’t DC would drop Superman in heartbeat if they knew they wouldn’t make any more money off of him. Did this pending court case get the ball rolling on a companywide reboot? I’d have to say yes. If it works for one character it works for others and suddenly they’re saving a lot of money on royalties to the families sucking off the teet of someone else's creations.

[Update: the Lawsuit isn't settled yet, but it's still very grim from DC] 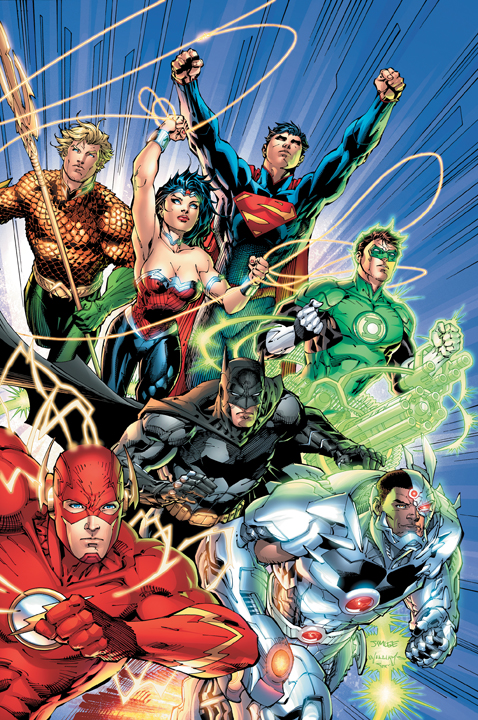 This isn’t a knock at DC fans or even comic readers in general, but the fan base is old. I hit the comic shop every week and you can spot a DC reader by their age alone. The demographic is mostly older males. Guess which demographic spends the less on tie-ins and supports adaptions of products the least? Older males. There is a sound logic and a reason why suddenly all of the characters look a lot younger. Hell, I’m surprised they kept Bruce Wayne’s kid! Maybe he had a boo-boo baby and he must now find the balance of family and raising a child that's a total prick. Just look at Jim Lee’s Justice League team if you need see what I’m talking about. That’s not to say that artists aren’t instantly going to start drawing them older again when editorial slips up, but for right now you’ll notice that the JSA hasn’t been seen in the reboot. And if they show up next year looking young and hip, don’t be surprised.

The mandatory reboot or re-launch as top DC heads would have you believe, began with rumors on message board postings and then moved over to Bleeding Cool where it was written off as conspiracy theory. But what if it’s not? What if Time Warner really got sick of coming in second and not making as much money? What if they gave them the option of rebooting it or they'd find someone who would?

The rumor in a nutshell is that Time Warner is forcing the reboot and making Didio/Johns/Lee take care of it all. They’ve been fighting it and trying to prepare it the best they can. Now writer’s like JMS have come out with statements that contradict this, but how can you buy that JMS left two top tier books because he knew about the reboot, when he has a history of quitting books? Marvel’s The Twelve anybody? Now I would write this off as conspiracy until a memo to freelancers leaked saying that they need to have three books in the can and done by the end of August. That sends up a huge red flag right there. 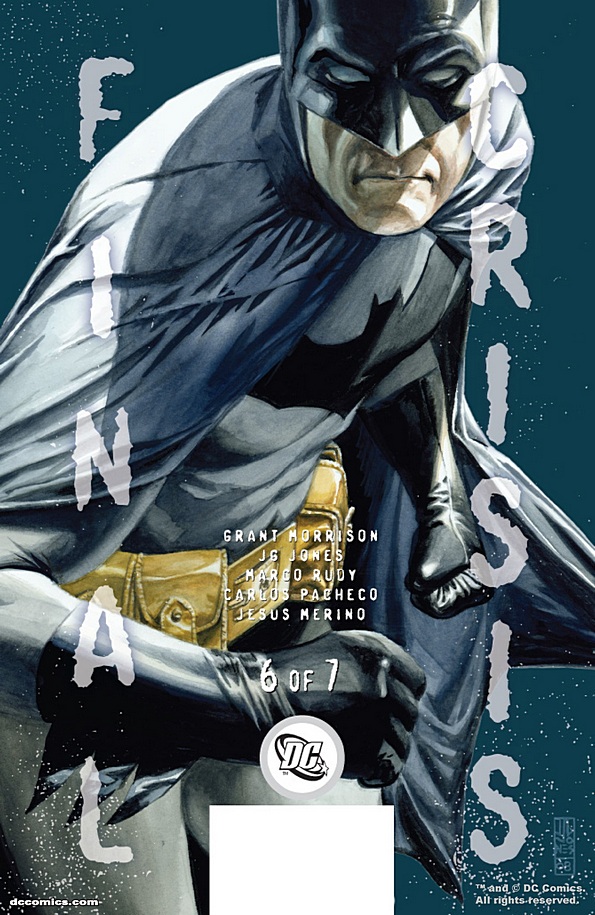 If you look at the way DC has operated in the past they rarely require this many completed issues for anything. There are exceptions like when working with Kevin Smith or now big event books. Ah, but therein lies the key to how DC does business. Final Crisis was delayed horribly with scripts and art. So what did DC do? They slapped three to four artists on the book to keep it on schedule. DC isn’t above changing out an artist and writer if need be. That’s exactly what the leaked letter says too. If you don’t have your work done by August 31st, then editorial will do what they need to do get it done.

Does that sound like a good idea when rebooting your entire line? How does that inspire faith to long time readers or even new ones when the art may switch on the second issue and/or the third? A lot of the hype surrounding the announced titles is based on who’s working on them. Conspiracy or not, this doesn’t sound like it well planned business model. It sounds like a rush job. Think of a TV studio doing this? If they scrapped every show and then said in three months that everything would be starting over, you wouldn't think that the best quality was going into all of those shows to get them done on time would you?

What’s also extremely off putting about all of these announced very incomplete titles is the amount of creators working on them. 52 books in one month with all of the creators beginning work now? That’s sounds like a nightmare for a lot of reasons. The first being continuity. Who the hell is keeping track of how all these pieces fit together? Especially since creators were pitching in the dark and see if they got the job. What if in my pitch for Nightwing I had Babs still in the chair? Then comes along Gail Simone and she has her walking again. Sure this one is easy to fix, unless a huge underlining story for my pitch required her to be in the chair.

Frankly with the speed and animosity that these titles are being announced it comes across almost like an internal company announcement letting everyone know who got the job. The problem being the whole world is watching. I can’t wait till half of these pitches end up on the internet after the creative team is kicked off the book. This project is too big and not very well organized meaning that DC editors will be writing half of these stories by issue four or five. Marvel has Tom Brevoort as there fact checking guy and everyone knows it, so who's DC's?

What It Boils Down To

Still money, but I’ll elaborate. Comics are going through a change right now as a whole. Think of it as going from VHS to Digital Download, because in a way that’s how big the format difference is. I doubt that the higher ups at Time Warner were going to invest all this money into a digital app just to come in second again. Think of how many iPad, iPhone, Android users there are out there? If you’re new to comics are you just going to start on issue #901? Hell even issue #52 is intimidating for someone who hasn’t read comics. But if you could find a #1 issue for ever series DC has in production, currently, the possibility of sales is there. 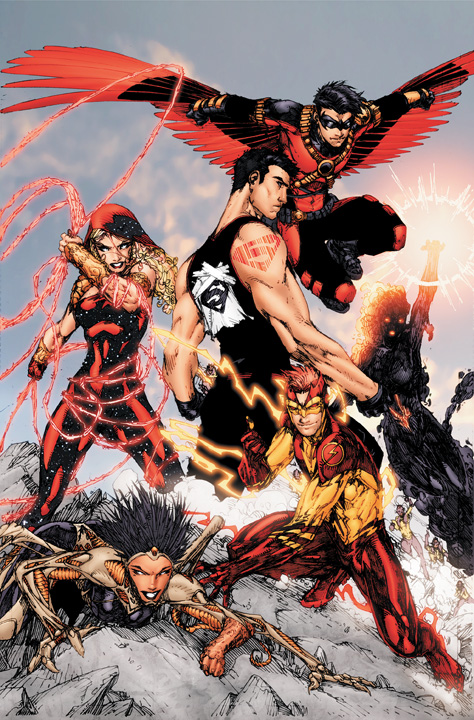 This strategy could very well introduce a new generation to comics and save the aging medium. There are plenty of people out there that are fans of the cartoons, video games and movies that have never been inside a comic shop. And who knows maybe after experiencing it digitally they’ll want to stop in and see what it’s like. Is this risky for DC? Yes, but it seems like Time Warner is willing to risk it all. After all they make most of their money on merchandising this shit to people that think comics stopped being produced in 70’s. If it really is Time Warner’s call then DC dragged their feet and should have had all of these creators working on the titles so that readers could have a solid six months’ worth of comics before scheduling became an issue. Right now it looks as if DC is trying to do back-to-back summer events with half the staff to get it done.

My last two cents, this reboot has a lot of potential to tell good and new stories in the DCU and I’m looking forward to that. On the same note, I’m worried that everything is being horribly mishandled on the back end of this reboot. There’s always cause for concern when it comes to one of the Big Two actually changing something with their company. How long before this reboot drifts into familiar story lines and we see rehash of classic stories. I don’t want all of this to happen just to have Babs back in a wheel chair by the end of the year and neither should you. The very scary aspect of it, is that DC could move to #3 on the market or drop even further. If that happens, who knows what TIme Warner will do.