By: | Movie Features | March 27, 2011
True showmen in the film industry happen rarely and far apart. William Castle was a showman, director, producer and a fun-loving guy. He has left behind a legacy of horror films and even more so gimmicks used for his horror film. I felt it was necessary to pay tribute to one of the coolest filmmakers (of horror and film in general) and the engineer of some of cinema's best publicity gimmicks.

Born under the name William Schloss (which is German for Castle) in New York on April 24, 1914, William Castle was orphaned at a young age. He grew up and followed his lifelong dream going into show business. He started off as a B-movie second-class director. Most of his earlier films have been forgotten or are not highly regarded. He literally directed everything he came across.

One night he was going around town and saw a huge line in front of a movie theater. He wondered what kind of a movie could attract such a massive audience; turned out it was a horror film (titled Diabolique). His mind was made up, his next movie would be a horror film. He had always wanted to make his own films that were the stories he wanted to direct. So this had finally come to be, but how to get people to come to his horror movies? He needed a gimmick and he came up wih one for every horror film he produced, directed, and wrote.

Story: Based on a novel by Theo Durant, Macabre is about a man who's in a race against time. A maniac has kidnapped said man's daughter and buried her alive in a cemetery. He now has a matter of hours to find his daughter before she suffocates to death.

Gimmick: Castle had insured that Lloyd's Of London bank would pay $1,000 to the family of any audience member who died of fright while watching Macabre. He also stratigically placed hearses and nurses outside of the movie theaters showing the film to assure people that there was a chance they would actually die of fright.

Story: Vincent Price plays a rich man who, with his fourth wife (his past three have mysteriously died possibly at his hands), throws a party at a supposedly haunted house. The guests are all strangers to each other and possibly have murderous intentions as well. Is the house haunted? Are these strangers and the couple throwing the party up to something? Watch the movie. This is truly Castle's best-directed horror film.

Gimmick: Emerg-O. A glow-in-the-dark skeleton floated across the theater during the climax of the film. Scaring the hell out of the audience watching it. People were easier to scare back in the 1950s. 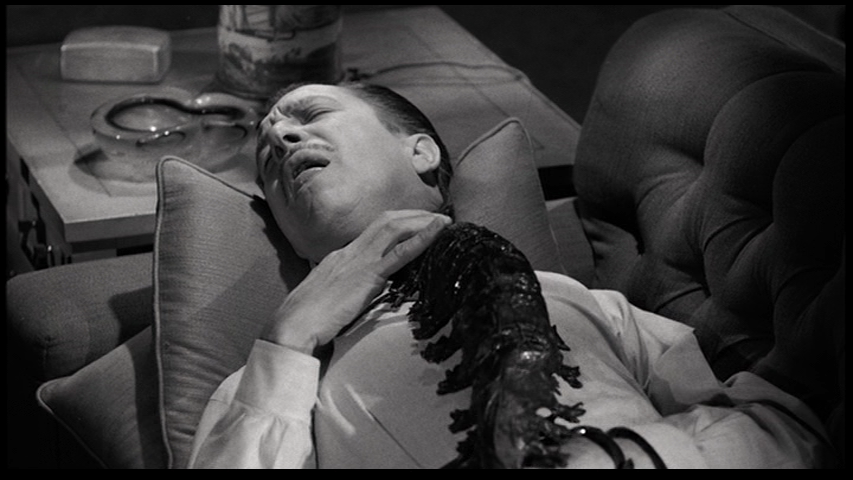 Story: My personal favorite Castle film (though it isn't his best) is one of the most ridiculous movies ever made. Vincent Price plays a scientist who discovers that when a person is afraid, the fear physically manifests itself as a parasite that grows on the spine of the scared person. The only way to relieve yourself of this creature is to scream. If you don't scream, you die. Price extracts one of these creatures (which he names the Tingler) and it runs amok.

Gimmick: Percept-O. Castle had paid movie theaters to install vibrating buzzers under the seats of the audience members. During a scene when the Tingler breaks loose in a movie theater, the buzzers would go off and shock the audience making them scream. 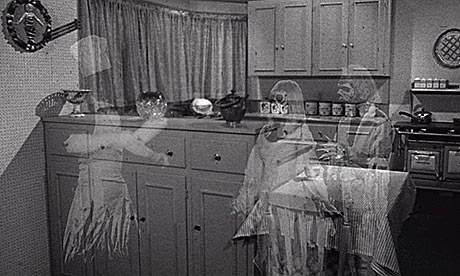 Story: A family inherits a haunted house from its weird uncle. The family can only see the ghosts when wearing special glasses. The ghosts run amok and much spookiness ensues. 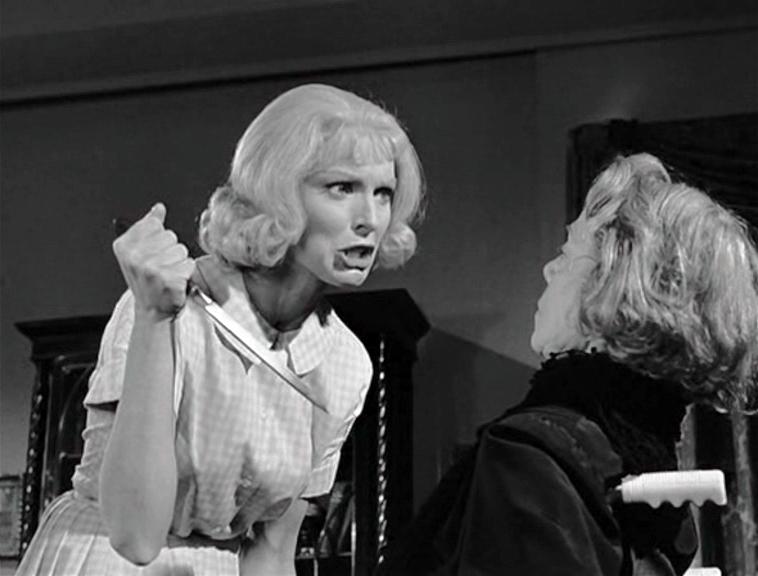 Story: A psycopathic woman is killing off people left and right. It is up to the authorities and members of a family with a troubled past to find out who this killer is and bring her reign of terror to an end.

Gimmick: Fright Break. Before the climax of the film, Castle ran a 45-second break that offered those too frightened to finish watching a money-back guarantee. They had to sit in a Coward's Corner and wait for the rest of the audience to walk out of the theater and laugh at them. 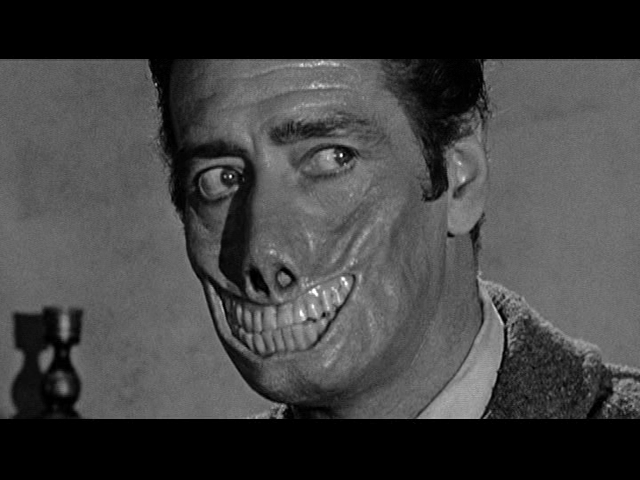 Story: A disfigured ghoul hires a doctor to "fix" his hideous face. That's pretty much the whole plot without giving anything away.
Gimmick: Supposedly, there were two endings filmed for this movie. The audience would "vote" thumbs up or thumbs down with glow-in-the-dark cards they had been given on whether they wanted to show the ghoul mercy or no mercy. Suspiciously, however, nobody has ever seen the Mercy ending and the DVD only contains one ending.

Story: An axe-murderess is set free to live at her home once again. However, is she sane or still just as crazy and homicidal...with an axe.
Gimmick: Joan Crawford. The psycho and demanding star of the film. 'Nuff said. 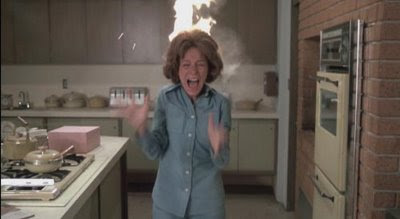 Story: Giant cockroaches that have the ability to set people on fire terrorize a small town.
Gimmick: Castle only wrote this film and didn't have too memorable of a gimmick to speak of, unless you count the film's premise.

Castle was a man of real talent and showmanship. He knew how to not only make a horror movie but also how to market it and interact with his audience. His legacy will live on (these were merely a fraction of his movies and gimmicks). He was and is truly one of the coolest and fun-loving people to ever touch the horror genre. For that I commend him; long live William Castle.