Dead Rising 3’s New Direction: Too Much of a Departure from Previous Games?

Dead Rising 3 was arguably my most biggest surprise of Microsoft's E3 Press Conference (outside of that fantastic Halo 5 trailer), and I couldn't be happier that the franchise is returning after an absence of several years. However, one of the biggest concerns going around right now is the new direction the game is taking.  Rather than return to the goofy and satirical action game, as the previous games were, Dead Rising 3 looks to push things in a brand new direction: more grit and more gruesome. 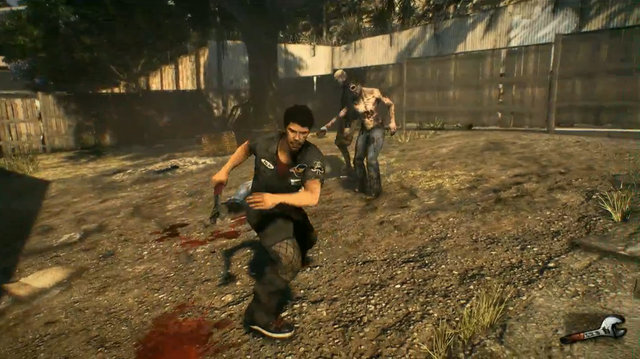 The biggest concern that seem to have fans up in arms is the term "we're going after Call of Duty players", which Capcom is throwing out there. While that may turn some people off, everything about Dead Rising 3 looked fantastic to me, and the developer has even confirmed that some of the series humor will return. Will we see our pals Frank West and Chuck Greene? I surely hope so.


The story of Dead Rising 3 takes place ten years after the events of the original game. So this zombie outbreak has been going on for some time. But rather then the malls we are accustomed to scouting around, Dead Rising 3 is thrusting you into the entire city of Los Perdidos, California. And while many people weren't fans of the special infected zombies used in Dead Rising 2 and the spin off game, Off the Record, (myself included), you'll be happy to know that they won't be returning in Dead Rising 3. Instead, zombies are more ruthless, more cunning, and a hell of a lot scarier then the typical zombies from the previous incarnations.

Dead Rising 3 doesn't have the 72 hour clock limitations found in the previous games, and instead abandons them for an open-world structure. You can save anywhere, rather then finding a bathroom. While this might turn off some diehards of the series, I welcome it. The best news is: Dead Rising 3 features an unlockable nightmare mode, which includes those two things. So there is something for the diehards, myself included.  But if we are creating a huge and open world to explore, I want to be able to take my time. The ability to craft weapons anywhere, and make them out of basically anything, is also a great added bonus.


Kinect support has also been confirmed to support voice commands for survivors and the ability to yell to get the attention of zombies, while waving your arms around can also knock a zombie off. All of this, of course, is completely optional. If there's one thing Microsoft is doing right, it's making sure that everything Kinect enabled is optional, that's for sure.


Dead Rising 3 is a day one launch title, coming to Xbox One as a console exclusive, much like the original Dead Rising was exclusive to Xbox 360. Expect to hear more about this fantastic looking title in the coming months.