By: Justin Moody | Xbox 360 Reviews | July 26, 2010
Microsoft officially kicked off their Summer of Arcade 2010 last night with the release of Limbo, but considering my next review subject was just released last week, I don't see why it couldn't be part of this awesome event highlighting original XBL titles. Of course, I am talking about Spike Games' Deadliest Warrior: The Game available now.

Based on Spike's TV show of the same name, Deadliest Warrior: The Game takes seven combatants from the first season and the Roman Centurion from the second and pits them against each other in one of the most fun and brutal fighters to have come along in some time. With only eight fighters and five arenas to do battle in, this game works perfectly as a XBL title; available for 1000 Microsoft points (roughly $8). 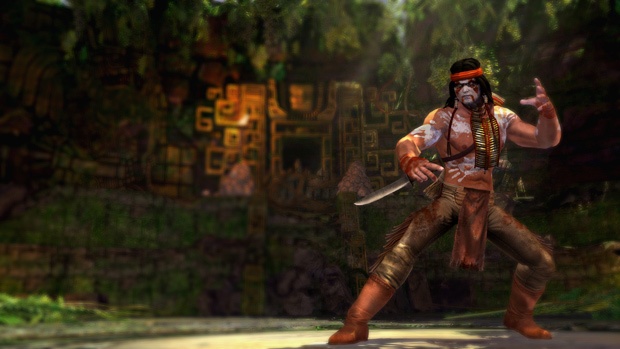 your favorite warriors or try your hand at proving that you are the deadliest in online versus and tournament modes. And trying to unlock new weapons can be surprisingly addictive due to each weapon having various attributes in terms of damage they can deal and the speed with which they can be wielded at so that it is unlikely you'll have two exact fighters even if they are selected from the same class.

A unique aspect to Deadliest Warrior: The Game is the chance of a one-hit kill due to the realism the game focuses on (a spear through the face is an instant kill and for good reason). The realism that the game incorporates makes many fights faster than most fighting games, but this also makes you less likely to go in swords-a-swingin' and make you think some before you actually attack. Include a simple, straightforward combat system that features high, mid, low, projectile, and signature attacks each assigned to their own button and Deadliest Warrior: The Game is the best kind of fighter, one that is easy to pick up but difficult to master.

The graphics are also very impressive. From limbs being hacked off and blood gushing around the arenas to the facial expressions of the warriors themselves, Deadliest Warrior: The Game is very pretty. There are a couple of minor glitches, but extra effects like dead bodies twitching at the end of each round more than make up for it.

There are some flaws to the game though. The game lags on occasion and the audio is very bland as a whole. It would have been nice if the game could have been livened up a bit with commentary from the hosts of the show, Geoff Desmoulin, Max Geiger, and Dr. Armand Dorian, or the show's narrator Drew Skye. With only some generic music, roars of pain from the combatants, and the anticipated SFX of metal on metal leaves you wanting a little more from the audio side of things. 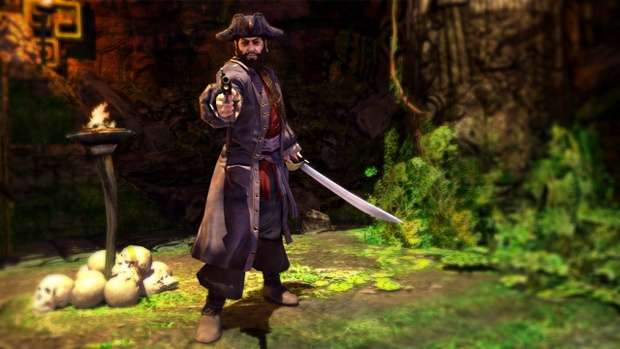 The plot is also non-existent really compared to your standard fighting game. It's hard to critique it though since it's the same premise as the show, to find out "who is deadliest?" In that aspect it has more of a simulation feel because the player really decides the storylines. What would happen if a knight took on an Apache? Or how about a samurai against a ninja?

Something that makes this game one of the best XBL titles out there though is the replay value. Aside from your standard online versus modes, there are promises of increasing the fighter roster as the show goes on and more medieval fighters are revealed. You could have a roster of 30 fighters before the show is done. If that happens, I would hope that the developers also include some new arenas.

The only other thing that fans of the show may be wondering is why all the fighters are of the medieval variety. Well, it wouldn't be very fair to have Al Capone tear a Viking apart with his tommy gun now would it? Maybe they'll come out with a sequel for modern warriors. I call dibs on the IRA!