In Deadpool Kills Deadpool a character who has shown up in both the previous "Deadool Killology's" takes a bigger part in this series. This character is "Dreadpool," who's goal is to kill all versions of Deadpool, while the Merc with a Mouth we all know and love is coming after Dreadpool. This mini-series will feature both new and old incarnations of Deadpool, including Deadpool Corps, who starred in their own series back in 2010.

Deadpool Kills Deadpool is a four issue mini-series being written by Cullen Bunn, who has been writing the entire "Killology". Besides writing everyone's favorite Merc with a Mouth, Bunn has written other Marvel titles including Venom and Fearless Defenders. He also wrote The Sixth Gun which is currently being developed as a television show on NBC. It will be drawn by Salva Espin (World War Hulk). 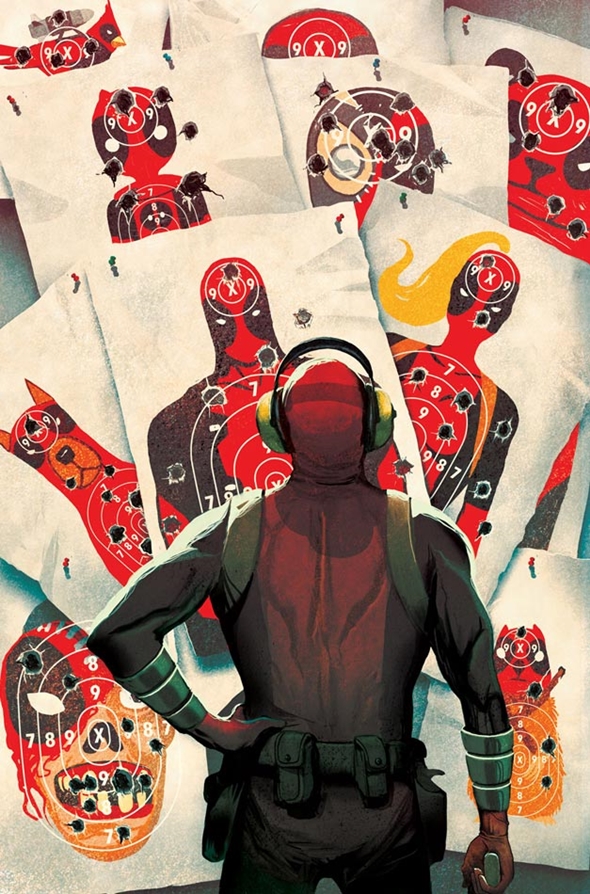 I've only read Deadpool Killustrated and not the mini-series that started the "Killology," and while it was fun to see callbacks to classic literature and the ending was a touching (and bloody) finish, I didn't get as invested in the series as I thought I would. Hopefully I'll have more to get invested in with Deadpool vs. Deadpool.

For more coming out in July, check out the latest Entertainment Fuse news about Army of Darkness meeting Hack/Slash.