"The vigilante justice classic gets updated. How does it hold up?"
By: Steven Armstrong | Movie Reviews | March 6, 2018
What would you do to protect the ones you hold most dear? We know this story. Not that of Death Wish necessarily, but that of the revenge thriller. It is as classic a type of story as any ever told. It speaks to something so elemental in us humans, the idea of if someone hurts another person, that person wants some justice. An eye for an eye, if you will. The problem with that as we all know is that it makes the whole world blind. However, this doesn’t apply to Paul Kersey.
Bruce Willis plays Dr. Paul Kersey a surgeon in suburban Chicago with a loving wife soon to be awarded her doctorate degree (Elisabeth Shue) and a bright, athletic daughter (Camila Morrone), who is about to start college in New York. They have the idyllic life, but we all know that in a film called “Death Wish”, the idyllic is merely a set up for the rug to be properly pulled out from under us. Those of us familiar with the Charles Bronson 1974 original film of the same name, know that the rug will be pulled out from under them. In fact, it is expected. We might want it to hurry up because, we are looking for, you know, the Death Wish-y parts of the film. 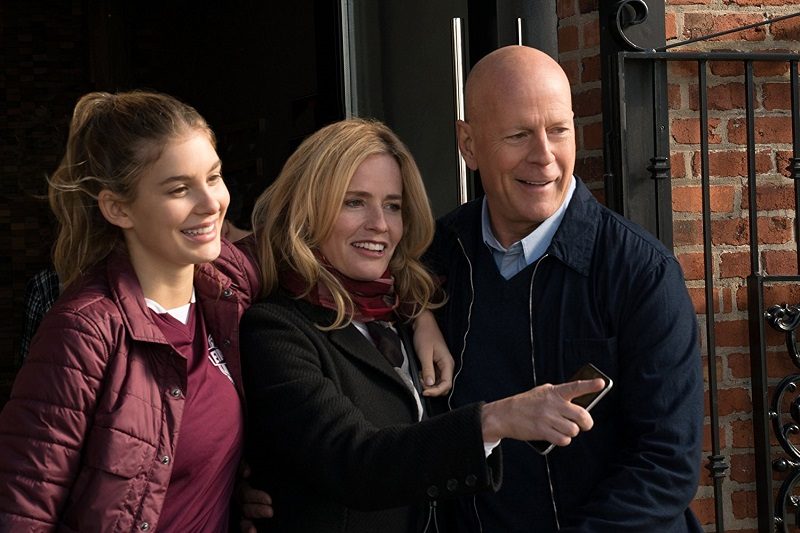 The tricky thing about a film like this is trying to come up with a fresh way to tell the well-worn tale. The story has been told so often in several ways across different media with varying degrees of alteration. Does this film set itself apart from other films of its ilk? Not really. Depending on who you are, this could either be a good thing, or you could not really care that much. Sometimes we just want a story we can count on. We know what’s going to happen and that’s why were there. We just want to see our favorite actor go off and dispense thrilling justice in different ways.
Speaking of, one of the new elements brought into this version was Kersey’s knowledge as a surgeon and how that is applied in the ways he deals death to those responsible for his family’s attack. That was probably the chief difference in this version next to the original, that of Kersey’s occupation. In the Charles Bronson version, Kersey was an architect. The other way in varies slightly is the ways it depicts the violence. It is quite graphic, even by today’s standards. But this is what audiences are here for with this film. 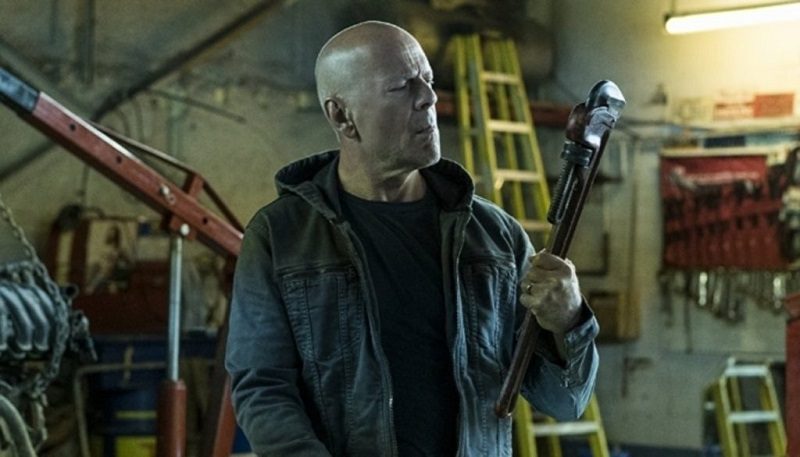 There are some interesting stylistic choices on display such as split screen aspects during times when Kersey is teaching himself how to handle a handgun, there are cool angles during a train-hopping section, keeps the eye engaged. It was a bit of a let down to not have the inclusion of the trains as a part of this Kersey’s character play a larger role. Another slight disappointment had to do with the idea of Kersey having been a fighter when he was younger, and how that was not capitalized on at all. It was brought up during a nice family moment, it didn’t lead anywhere really. Perhaps the filmmakers wanted to avoid this film feeling like Taken or some other such film, but it might have been nice pay that fighting piece off.
The acting is solid, particularly Willis, though there are moments where the acting feels less fluid. Almost everyone is a victim of this except Vincent D’Onforio and Camilla Morrone. The two of them, felt particularly strong even though their parts were small. Then again great acting isn’t the name of the game here. Convincing acting though, is. Or at least it should be. Death Wish at least delivers that if nothing else, along with a healthy side of violence.
Rating
6.8
Pros