As a fan of action RPGs like Titan Quest, Diablo II, and Torchlight, DeathSpank has a lot to live up. Last  year's Torchlight seemingly came out of  nowhere and became a darling among the gaming  community. DeathSpank unfortunately wont get the spotligh t li k e Torchlight did, but Hothead's latest is a better game. Yeah motherfucker, I said that.

The game utilizes obligatory conventions. Expect to be hunting phat-loot, hitting the attack button a lot, and constantly chugging potions like some-sorta junkie. Instead of tracking down a market, you can sell al l your junk in the menu. Thankyou Hothead! 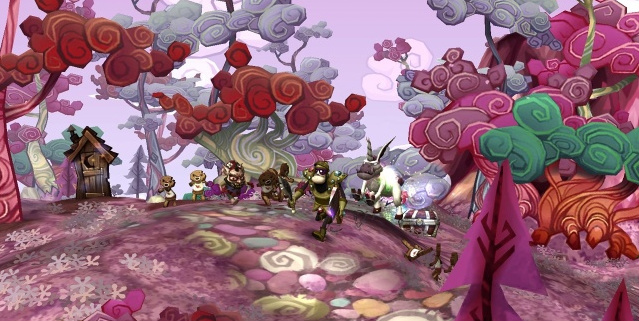 The visual style is fantastic and unique. It's flat and gothic-like style lightly resembles Coraline or The Nightmare Before Christmas. The environment and characters are 3D but all the scenery and structures are 2D, settling a nice and unique style. Each of the game's environments make fantastic use of color and perfectly sets apart every part of the world.

Our hero DeathSpank himself is over the top and simply awesome. He introduces himself to everyone. Some characters even interrupt his introduction to say “Yeah, I herd when you when you were talking to the witch on the other side of town.” DeathSpank is always spitting out words of justice and is quick to be anyone's savior. It's something you have to hear yourself. 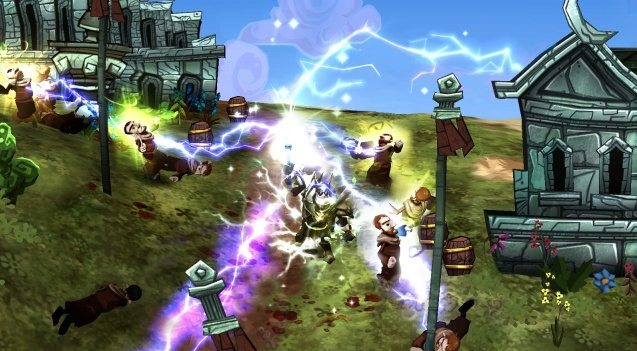 The co-op is an unfortunate a throw-away let down. The game only offers local play, and the other player will play as a wizard that serves as an offensive caster and healer. Player 2 won't have any options to customize gear or level up. He simply shares the same level as DeathSpank and his health. I understand this is $15.00 downloadable game, but c'mon! At least allow player 2 some level of customization. The wizard even wears a pink robe covered in stars.

DeathSpank is as stylish and charming as they come. For fans of the genre, this is a must buy. Some may be thrown off by the slap-stick approach, but don't let that detract you from at least checking out the trail. It's riddled with RPG cliches and you first quest is to collect chicken lips. Oh, and did I mention the Dragon Avatar pet you get?