Despite almost three-fourths of the issue being a bore, the ending to the arc is so satisfying it almost makes me forget about it's flaws. To make way for fighting and bandages, a lot of mysteries are solved this issue – off screen, with little cause to call them 'mysterious.' The storyline should have a more epic feel, but instead feels rushed despite the pacing improvement made during the last few issues.

After a cataclysmic run-in with Legacy, Slade discovers the identity of his enemy and has to face him head on – but how can he win against someone he himself trained? It also doesn't help that during their last final showdown, he's offered a deadly deal that could result in only one metal-head walking out alive. 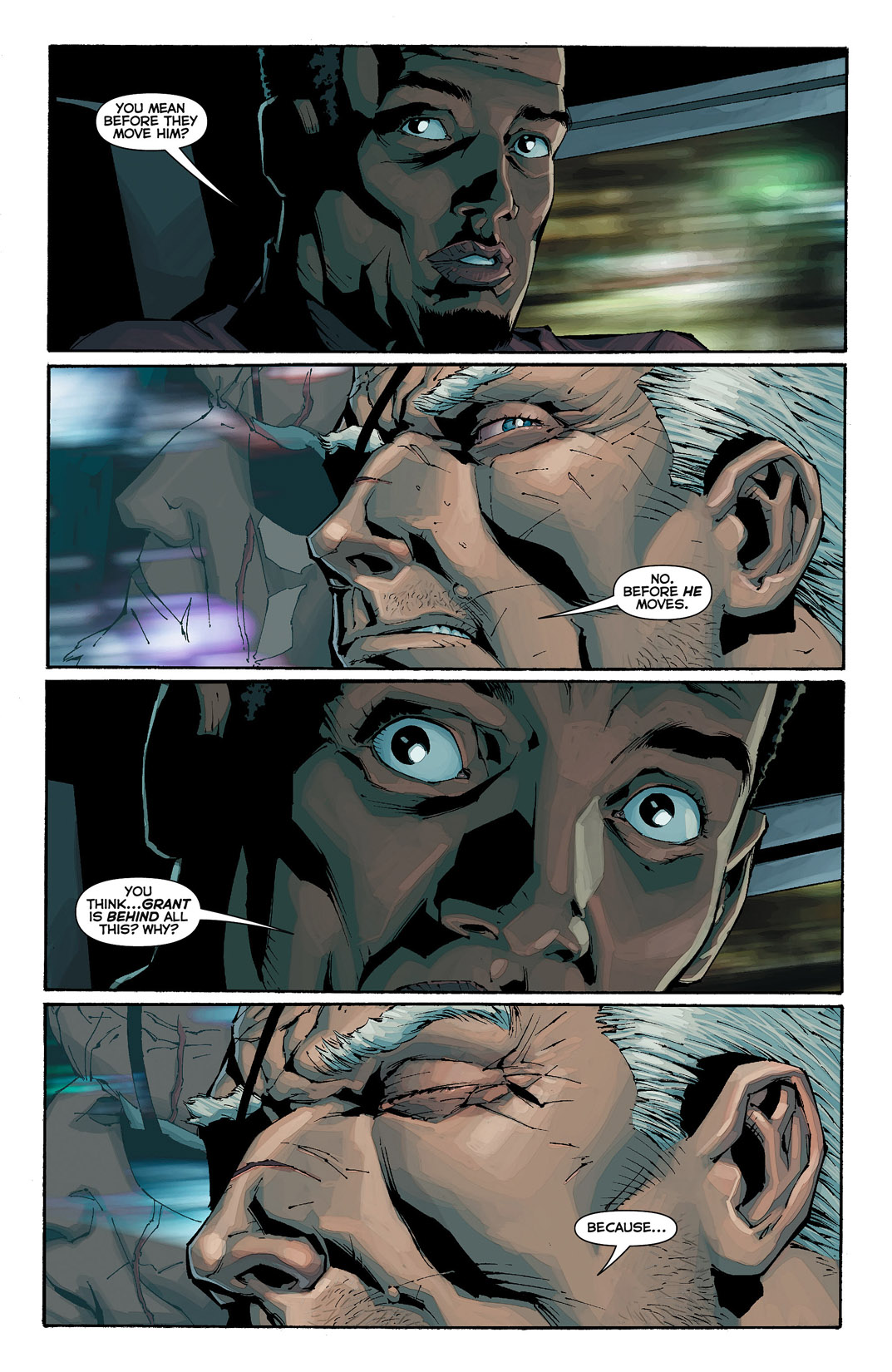 Saying Slade 'discovers' the identity of his killer in this issue is laughable. He tells his friend point-blank who the killer is without any explanation as to how he found out. The same goes for his friend, who found out who was backing Slade's assassins. Since both identities were already known by the readers, this could have been an attempt to conserve time and avoid being redundant. But both mysteries are unraveled by the characters so quickly that it feels like the gravity of the situation hit neither them, nor the reader.

The the major issue is in the storyline itself. Having two mysteries felt like too much. Neither interconnected as well as they should have. Grant, Slade's son, is trying to get his revenge and he is backed by a couple who's daughter was killed by Slade. With Grant taking up most of the panel time and trying to entice the reader with emotions, there is almost no time spent on the couple who lost their daughter – a storyline that could have been much more heartbreaking than the vengeful son arc we were given.

It is still undeniable that without these two together, the ending scene in Deathstroke could not have happened, and that is the highest praise I can give this issue. Not only did the end result from a great fight scene between Slade and his son, but it was the only reason having him and the child's family in the same arc made sense to me despite it's ill-handlings. The ultimatum given to Slade at the end was a great twist that made me anxious to read the final page – and kept me satisfied. Slade's final decision also characterized him better than any previous issue, where he was nothing more than an unstoppable macho-man with jitters. This tension was something no other Deathstroke issue from this series has ever been able to match. 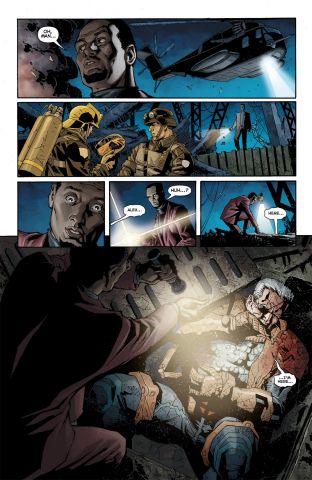 The dialogue mostly dragged between Deathstroke and Peabody, part of a slow opening sequence that felt like it could have gone faster. This pacing issue was not remedied until Grant came in and started his fight with Slade, along with the dialogue, which reached it's climactic peak during their battle. Grant sums up his father's mental state, screaming about how he doesn't love him, but he does not come off as a whiny kid – instead, the tone is quickly interpreted as a deadly, almost desperate one that made the fighting scene at the end worth every sword slash. His comments about Slade's psyche also make Slade seem more human. The action scenes do have their benefits in this issue, as does Grant's ravenous reverie.

Unfortunately, some of the poor quirks in Joe Bennett's artwork are still here, but he manages quite a few surprises. The characters still have awkward faces and body proportions, but the faces usually reflect the correct (if not perfected) emotions on the characters faces. The two artistic choices that I loved regarded Grant and the ending.

Grant's costume is a mirror image of Deathstroke's, just with different colors. I love the symbolism in the look-alike approach and it wasn't pointed out – it was just a subtle artistic choice that the reader got to experience of their own wit. The other moment leaving me gaping in awe was the ending, which has a great color scheme of red and white and an intuitive way to get the title splashed into the mix.

Deathstroke's first arc never felt as good as it should have. There was always too much action, and while that aspect has improved at the end of this series first story arc, the characters are only just starting to expand away from paper-thin. The storyline did not build well enough because of the pacing problems before this issue. The hindrance as an end to an arc as it should have been can mostly be blamed on it's predecessors, but the ending was so perfect with some great art mixed in that this issue proved to be the perfect epitome to an average arc.