Demo Out For Jagged Alliance: Back in Action

With estimated over 70 hours of gameplay, Back in Action puts you in control of a group of mercenaries with real-time action replacing the turn-based system of the original game. While elements of an RPG still exist, the game is more about your mercenary squad than just one character.  The most important thing to remember in Back in Action is that death is permanent. If a mercenary dies, you will never be able to access the character or the equipment again unless you reload the mission. This can be frustrating to some gamers, but it should make others play the game more carefully and methodically. 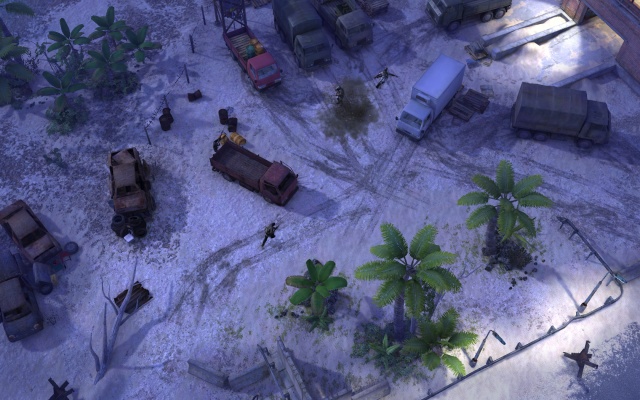 The new gameplay allows for more strategic decisions as you can pause the game and plan out an attack. You can even set the game to automatically pause when you encounter an enemy, which allows you to survey the situation rather than run an all-out blitz like a traditional RTS.  Back in Action takes a much more technical approach than the series you may have been playing for the last 13 years. A thought-out plan can easily turn ugly if you miss simple steps like checking your crew’s inventory, or mercenaries missing easy shots. If one of your characters goes down, you have a very limited time to patch them up before they are out of the entire game for good. So, if your medic is injured and you can’t heal him in time, you are in for a rough ride.

If you're at all curious, the demo just hit the internet and will let you play through a tutorial level before throwing you into one of the levels from later in the game where you can experiment with the new "Plan & Go" system.  The demo is available now, and you can get your hands on the game February 9 when it comes out exclusively for PC.