Demon Knights #14 – Review: Setting The Stage For The End Of Days

As we head into the climax of Paul Cornell’s last story arc of Demon Knights we are presented with a brand new assortment of dangers and surprises for out “heroes”. As I have said before Paul Cornell has been hitting it out of the park with this current arc. Things that have been bubbling under the surface are just now beginning to shine through here in Demon Knights #17, the penultimate issue of Cornell’s run. What had started out as a semi-simplistic D&D-esque comic has finally reached it’s potential under Cornell’s guidance and it is sad, but exciting, to see how Cornell is prepared to take his leave. This issue is a perfect example of what the series has been able to grow into since its inception. 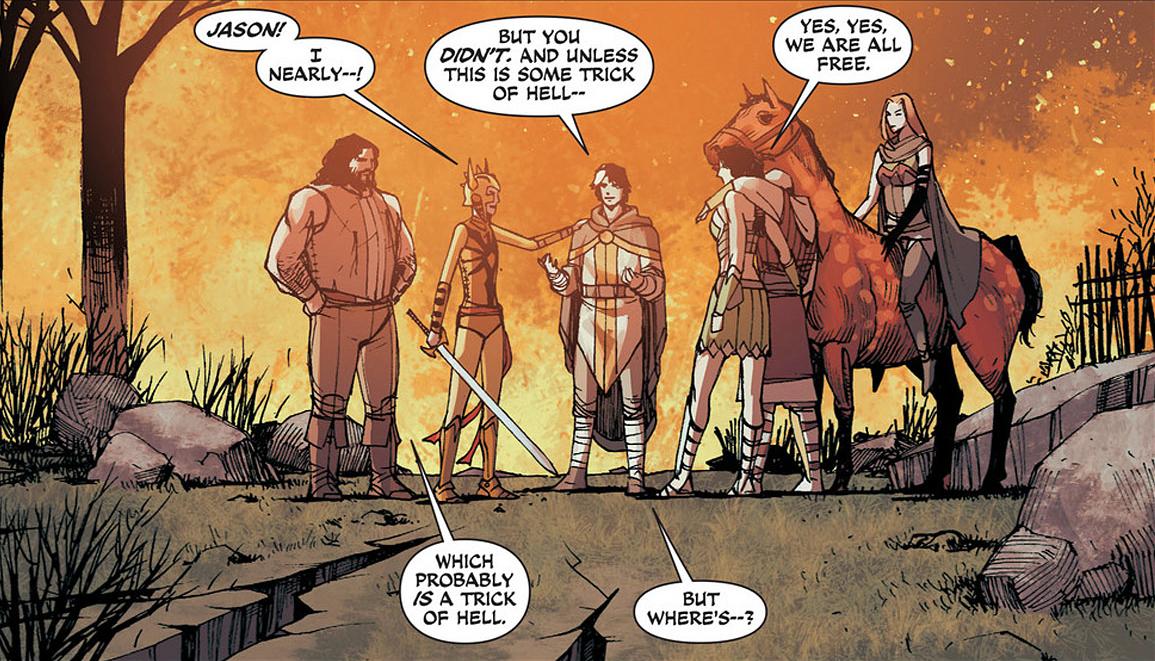 What is included within in these pages are exactly what readers have come to expect from the series – humor, drama, action, heartwarming non-sequiturs from Vandal Savage, more action, and so on. Cornell is able to have these elements almost seamlessly meld together without conflicting in style or tone.  This arc has sped the reader right along its story, and it works. The writing has made it so that it neither feels rushed or hurried in any major way. Cornell already had the pieces on the board so to speak, all this arc has been doing is putting them into action, and the unfolding has happened as naturally as it could have been.

The entirety of Cornell’s run it seems has been focused on the fall of Camelot and how these characters have not let go of that part of their shared, and respective, pasts. So Cornell is putting the pin in that once and for all before he leaves, and the way he has that planned out is going to leave readers with their jaws agape. With so many things bubbling beneath the surface the revelations at the end were really the only way this was going to end up. As I have said, Cornell is pulling out all the stops and he is going out with a bang 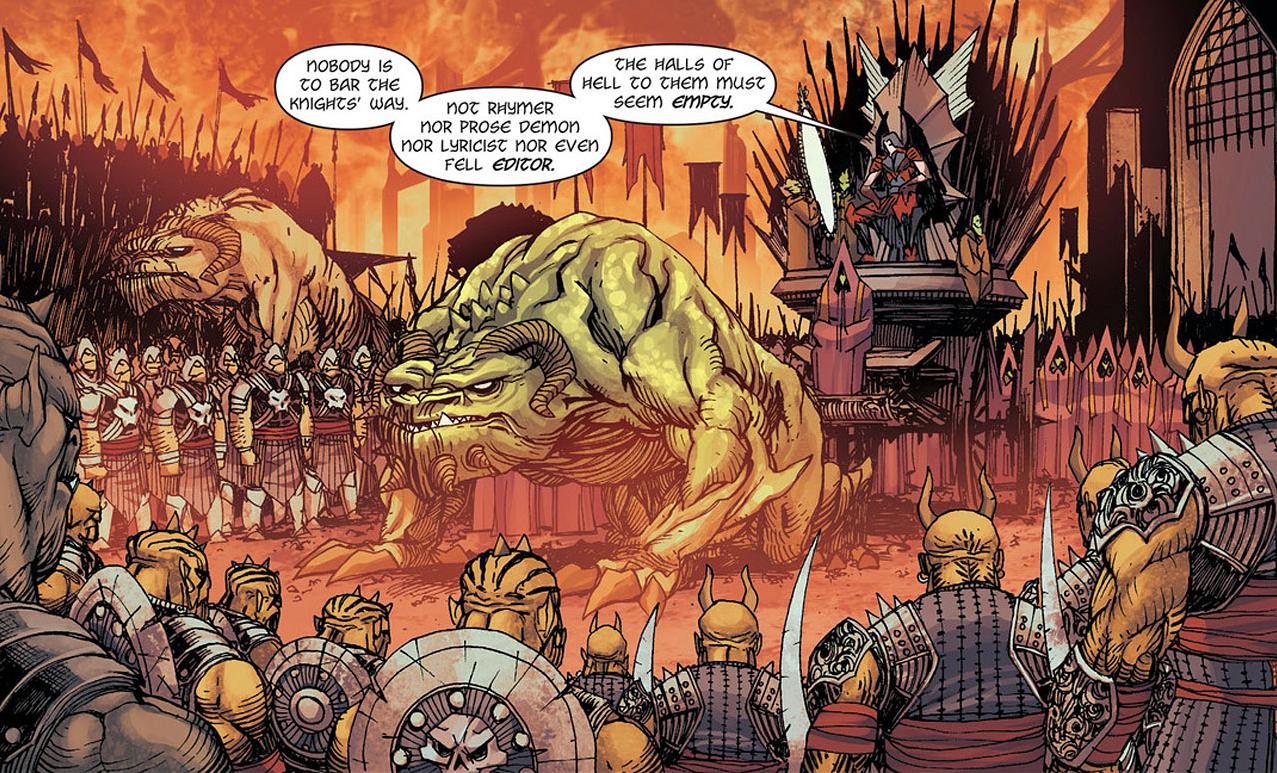 Interspersed with this are some really interesting character moments, both separate and between characters. There was even an unexpected one coming from Lucifer himself, which was actually rather refreshing, especially in his dry personality. Sets him apart from other villains in that respect. There is also the in-team banter and the usual there is the customary Vandal Savage moment, which is as good as any of the others and still a long way before being tired, but there is something else this issue provides - some more depth to the characters, even if it is fleeting. One in particular has caught the eye of many.

We get yet another crack into Sir Ystin, the Shining Knight, and into the characters psyche, something passingly glanced at last month. The surprising part comes with that this is a shared moment with Excorsistos, the exiled Amazon, and their relationship that has been subtly growing since the onset of the series. Their small dialogue takes only a page, but knowledge revealed in the issue makes it softly ominous, sweet, and melancholic all at the same time. Cornell is leaving his mark not just on these two, but also on all of these characters. Things are coming to a close, even if it will continue after he takes his leave.

The art is once again stellar. Bernard Chang never fails to impress with his work on this series. What stands out, however, are the last three pages and make me excited to see what Chang can throw out for next month’s finale, which has been claimed to be a doozy. It might not be the end of days for Demon Knights, but we’ll be saying a fond farewell to Paul Cornell. See you there next month.