Sometimes it seems like a game was made just for you.  The features are exactly what you always wanted in a game, the story tells a tale that you've had in your head for years, and the message you take away sticks with you even after you've finished playing.  Often you'll find that when you feel this way about several games they're all made by the same company, sometimes even with the same Lead Designer behind them.  Such is the case with how I feel about Ken Levine at Irrational Games.

Much like me, Levine worked as a writer in theatre and film before shifting to the game industry.  He first worked in game design for Looking Glass Studios where he contributed to games including the first Thief.  Looking Glass also had a game called System Shock, and by the time they decided to make a sequel, Levine had moved on to become a founding member of a new company, Irrational Games.  This new company was looking for a project, and Levine was integral in their creation of System Shock 2, a cerebral story-based shooter, which mixed the FPS genre with role-playing games long before it was cool to do so.  Many of the features that were originated in this classic eventually made their way into Levine’s greatest hit Bioshock. 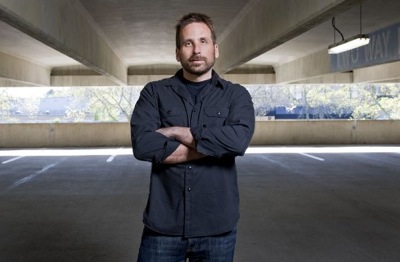 Sadly, I wasn't in on Irrational from the start; I first played an Irrational game with Freedom Force, which came out a few years later.  As a comic book nerd, I was easily drawn in by this game, even without knowing of its pedigree.  Freedom Force combined elements of role-playing games with strategy, putting you in command of a team of superheroes based on classic characters from the height of the Silver Age of comics in the 60's.  You could choose their powers as they leveled up, then deploy your team in a series of highly destructible locations, against a rogues gallery of quirky villains.  It was a love letter to the campy age of high adventure as told by Stan Lee and Jack Kirby.

You also had the option of creating a hero of your own with a customizable set of powers and you could design your own costume.  A huge mod community sprang up around the game and players could easily find a costume mod to look like anything they wanted.  This combination of solid gameplay, and high customization was irresistible to us hybrid comic/gaming dorks.  Eventually, Levine and Irrational went on to create a sequel that, of course, pit the heroes of Freedom Force against the Ratzi scum from the Third Reich. 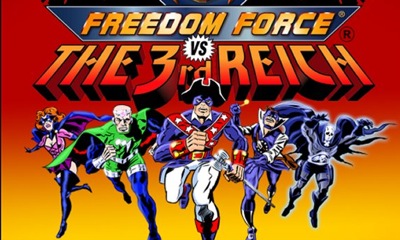 Around the time that Levine and the gang at Irrational were making these superheroic adventures, they also created some first person shooters including SWAT 4, and Tribes Vengeance.  That shooting experience lead to the game that really made Ken Levine a celebrity in the gaming industry; the 2007 hit Bioshock.  Let it be known that I can recite Ayn Rand’s book Atlas Shrugged backwards in three languages, so when a game comes out with a character named Andrew Ryan, who spouts Objectivist philosophy like he’s channeling Rand herself, I take note.  Levine is credited as the writer for this game, and he created a story that had the industry talking for the past four years.  It was an intellectual’s dream, and it also let you set people on fire, then electrocute them when they jumped into water to put out the flames.  Truly a game that could be appreciated on many levels, and if you went into it with an understanding of Objectivism, there was a lot to love (And several issues to furiously debate). 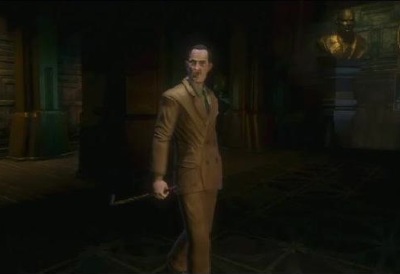 Levine’s next game is Bioshock Infinite, which many will argue is the true sequel to Bioshock, rather than Bioshock 2.  It’s also quite likely that Infinite will surpass the original to become Levine’s magnum opus, although hopefully there will be many more games afterwards.  And a fun little inside note; when you play Bioshock and buy stuff from a vending machine… That’s Ken doing the goofy clown voice at the Circus Of Values.