By: Matt Rowles | PS3 News - PS4 News - Xbox 360 News - Xbox One News | July 7, 2014
The highly anticipated beta for Destiny which we knew was coming sometime this summer now has a firm date. Starting from July 10th you will be able to chose what platform you wish to play the beta on, providing you have access to the beta which you can do by pre-ordering the game. Then the following week the beta will officially start on both PlayStation platforms before Xbox joins the party on July 23rd. The beta will close on July 27th. 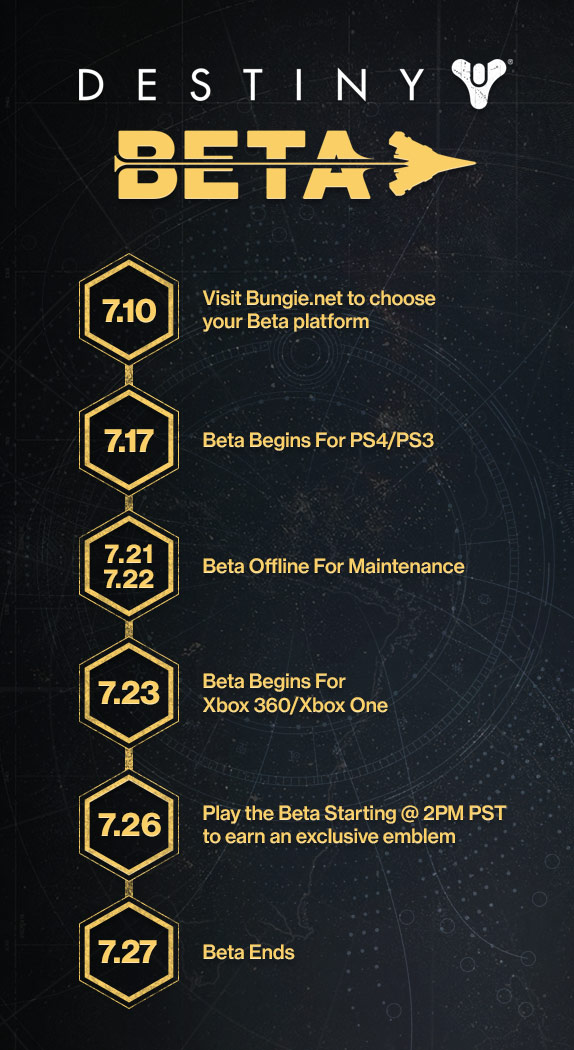 If you play on July 26th you will receive a special reward, as Bungie want as many people as possible playing that day to stress test their servers as much as possible. According to Bungie the beta will include "character creation, story missions, cooperative and social activities, competitive multiplayer, and more." Be sure to pre-order your copy to gain access in a mere ten days and we'll get a real feel for if Destiny will live up to the hype of being one of 2014's biggest releases very soon.