"Cry Wolf"
By: Dan Santos | PS4 Reviews - Xbox One Reviews | September 26, 2016
Winter has finally come to the world of Destiny. With the launch of Year 3, Guardians everywhere are rushing back to the Tower to see what new adventures can be found in Bungie’s latest expansion. Any new expansion must introduce new activities that will appeal to both long-term players and Guardians who have just found their Light. Destiny: Rise of Iron does introduce new elements to remain fresh, but those that venture beyond the wall will notice a sense of familiarity. Rise of Iron’s campaign recalls the tale of the Iron Lords, a group of Guardians who mysteriously vanished predating the player heroes. Rise of Iron pulls back the curtain on this legend, leading Guardians to follow the Iron Lord’s path. Situated on a social space atop a wolf-inhabited mountain, the proud Lord Saladin is the lone survivor of those times. He takes center stage as players confront the danger that took the lives of the mighty Iron Lords. The campaign follows a personal tale, focusing on knight’s honor. The setup is solid and holds it's ground, but the experience as a whole ends before it reaches its full potential. Just as I thought things were starting to heat up, it ends, leaving me feeling empty like I never got the chance to really appreciate it. https://www.youtube.com/watch?v=js5LbIcbP6g The new Plaguelands zone acts as the latest open-area, mixing existing Earth with the invading technology-based threat, all covered in a lush blanket of snow. While I enjoyed having the new space to roam around, it lacks the depth and mystery of last year’s Dreadnaught. My main gripe about the Plaguelands is that it doesn’t feel “new”. Sure, there are new elements and areas to it, but players are just treading Old Russia again, like they have been for years now. With so many potential areas in our solar system, let alone Earth, it’s disappointing to just be back in the same area. Not only does the area feel familiar, the “new” enemies feel just as bad. The new threat is SIVA, a corruptive technology-based enemy that influence the minds of those it controls. Sound familiar? Just like The Taken. SIVA, however, doesn’t stray from controlling Fallen, so no SIVA controlled Hive, Vex, or Cabal to throw into the mix. Even the new strike features an enemy Guardians are sure to remember. [caption id="attachment_88386" align="alignnone" width="800"] 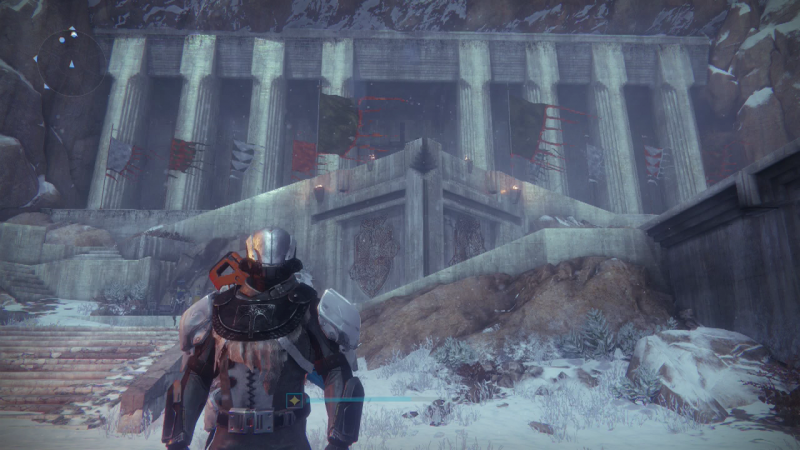 The new Iron Temple social hub is where Guardians will be heading for the latest quests.[/caption] Archon’s Forge is a newest arena activity (much like the Court of Oryx) that spawn frantic enemy waves. The conflicts are fun and can get intense, but this new mode is in direr need of improvement. Archon’s Forge is too far out into the Plaguelands to attract regular visitors, and doesn’t encourage public joining once a round begins. To start a round, players must use an entry key, but can only hold one at a time. These keys drop infrequently, so an Archon’s Forge session can come to a screeching halt just as it starts. This can be especially frustrating when weekly bounties require a certain amount of Archon’s Forge victories. The Wrath of the Machine raid is the heftiest content in Rise of Iron. Those who can manage to gather a group of six will venture deep into the wall of Old Russia. There, players will find valuable loot as well as tough enemies all warped by SIVA. From a towering Archonpriest to a final showdown with a SIVA-influenced monstrosity, the battles are loaded with action. Communication and fast fingers are key, demanding the participation of everyone involved. [caption id="attachment_88387" align="alignnone" width="800"] 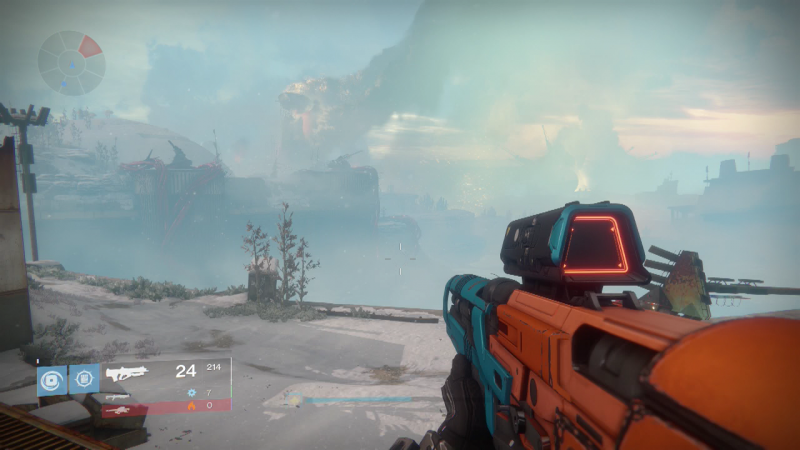 The Plaguelands is where you'll find SIVE infested Fallen fighting for dominance.[/caption] Supremacy is the newest competitive mode in the Crucible. Supremacy follows the structure of Call of Duty’s Kill Confirmed, which players pick up crests after a kill to score. The game mode encourages players to stick together allowing for small groups to both confirm and deny points. Supremacy is fast-paced and fun with a good team covering your back. Private-matches are finally included in the latest expansion. Private-matches support existing game modes and maps to play with close friends and rivals. For the average players, this is a great addition for practice and casual play. Whatever the activity, Rise of Iron has tons of new loot to offer as rewards. A new ornament system allows players to change the appearance of certain weapons and armor. I think this is a great new addition, but the means to collecting these ornaments can be tiresome. If players are impatient, they can purchase a crate featuring customization parts through microtransaction. New artifacts that add special buffs such as unlimited sprint and the ability to turn an enemy into an ally. Rise of Iron proves to add enough new things to keep players invested in Destiny a while longer. Rise of Iron brings new challenges and customization, but lacks the depth featured in The Taken King. Bungie’s latest brings enough adventure to create a richer universe, but lacks enough substantial content to keep players around for too long.
Rating
6.0
Pros