"Sony Gives A Time Frame on PlayStation Only Destiny Content"
By: Zack Zwiezen | PS3 News - PS4 News | August 27, 2014
Destiny will be getting some PlayStation exclusive content, we have known this for a while now. But Sony has released a video today showing what those exclusives are. They also explain how long they are exclusive.
The video below shows off the competitive map, two weapons, strike mission and armor sets that will be exclusive to Playstation 3 and 4.

The video description includes a time frame for when this content will be available for non-Playstation owners. Sony says its a "timed exclusive until at least Fall 2015." So no specific date or month. But it seems Xbox owners will have to wait a bit before being able to play content like The Dust Palace Strike. 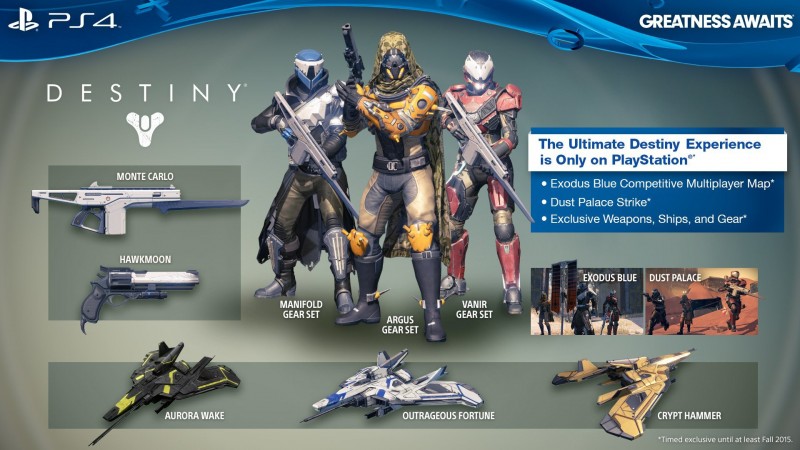 Destiny is being developed by former Halo creators and developer Bungie. It will be published by Activision. Destiny will be released on September 9, 2014 for Xbox One, PS4, Xbox 360 and PS3.