By: | PC News | November 29, 2011
It's been a fair while since the last Rainbow Six game but fans of the venerable team based first person shooter series may be delighted to hear the first details about the next one, which will be called Tom Clancy's Rainbow 6: Patriots.

Rainbow 6: Patriots is set to take place after the conclusion of the last game and in it players will assume the role of a new Rainbow Six Counterterrorism Team and be faced with the challenge of taking down a new American revolutionary terrorist group known as The True Patriots. The True Patriots look to be a very different foe from the usual Arabic or Russian terrorists and Ubisoft have claimed that the game is inspired from real life events and characters. 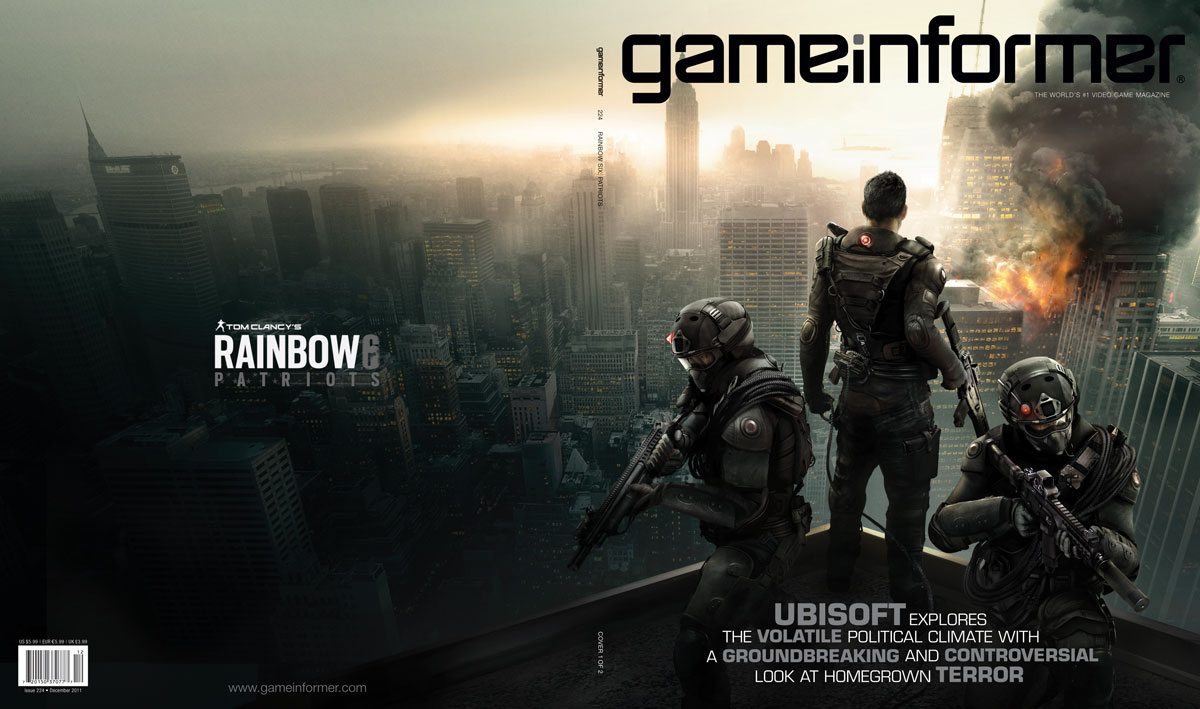 Ubisoft are promising a revamp of all the classic Rainbow Six gameplay and an increased focus on the narrative experience that the game will offer. The actual gameplay looks to be a cover based shooter, very similiar to the last two games in the series (Rainbow Six: Vegas and Rainbow Six: Vegas 2). Ubisoft are also promising some interesting moral decisions which could impact on the Rainbow Six gameplay in some interesting ways.
The game is expected for a release next year and further details of the game are being shown in this months issue of GameInformer.

Features mentioned in the press release include:

• A NEW THREAT FOR A NEW TEAM – Terrorism has evolved and Team Rainbow must face an organized militia of home-grown insurgents. As the leader of a new squad, players will wrestle with difficult ethical decisions and determine if the doing-whatever-it-takes mentality is needed to stop the enemy.

• ENHANCED SQUAD MANAGEMENT – At the press of a button, the Rainbow squad will perform the most efficient and deadly tactic given the context of the situation. When extreme measures are required, or when players call for it, you can take full control of your squad to plan the perfect assault.

• EVOLVED COMBAT – The game’s combat techniques have been pushed to the next level with cover and weapon systems redesigned to accommodate every combat situation. New Rappel and Breach mechanics are now enriched with multiple new techniques including Wall & Ceiling Breach, Fast Rope Rappel, inverted ‘Aussie Style Rappel’, Infiltrate & Subdue, to name a few.

• INTENSE MULTIPLAYER EXPERIENCE – Players will be rewarded for working as a team and mastering the game’s new features that enhance communication and tactical execution between teammates. Once such feature found in the pre-game online lobby is the Sandtable, a holographic display that helps acquaint players with the level maps before they jump into the action. This will help players strategically coordinate attacks and add a new dimension to squad tactics.

• SURPRISE AND OVERPOWER ENEMIES – Utilize the game’s new Scan mode to strategically breach and infiltrate areas. This new tool will provide a thermal read on the situation, allowing you to determine the squad’s best course to overwhelm and defeat enemies."