By: | PC Features | April 10, 2011
Eidos’ Deus Ex was an amazingly innovative experience, one of the first titles to attempt providing multiple solutions to a given problem. It took this core design feature and applied it to a world-spanning, conspiracy-laden near-future dripping with character and lore. Its sequel, Invisible War, was less than stellar, with a great amount of simplification crippling the complexity of problems and storyline. All was thought lost, until a light appeared upon the dawn in the form of Deus Ex: Human Revolution. A prequel that explores the beginnings of how human augmentation began, HR is gunning for a total quality reboot and a return to its grittier and complex roots.

The story of Deus Ex: HR takes place in 2027, a time when human/machine integrations were just being introduced to the world at large. The player takes control of Adam Jensen, chief of security at Sarif Industries, a company at the forefront of human augmentations. During a tour of the facility, Adam is severely injured during an attack and is forced to undergo augmentation to save his life. Initial modifications include a cranial implant that allows him to identify points of interest, as well as other mods that raise his performance to superhuman dimensions. Other footage has revealed metal rods that emerge to stealth-kill enemies, as well as a bomb-ejector system that emits small mines that detonate in a circle around Adam, clearing the room of enemies. These mods and upgrades are unlocked, or found as the game proceeds, allowing the player to customize Adam as they see fit. As he is now built for performance as well as comfort, Sarif Industries recruits him again to find out the identities of the attackers; the journey will pass by several famous cities, like Detroit, Shanghai and Montreal as well as culminating in the UNATCO of the original game. 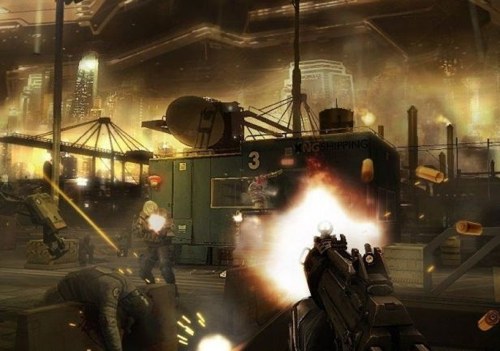 The core of the game revolves around the transcendental aspects of augmentation, recalling the initial autopsies of the renaissance era; this is emphasized by the similar clothing and architectural styles used by those embracing the changes. However, those that protest augmentations are dressed in a more contemporary style and represent a wish to maintain the status quo.

Deus Ex: Human Revolution has had a variety of teaser material released, including several incarnations of trailers, developer interviews and even a few playthoughs emphasizing the multiple possibilities to resolve situations, such as the first level and a more advanced mission in which the player must ascertain the location of a hostage and proceed to implement his rescue. From a first glance, it appears that the majority of the problems identified from Invisible War have been reverted, including a full grid-based inventory system, multiple ammunition types and much more interactivity with the environment. Computer hacking has become a full-fledged endeavor, with computer terminals linking the player with a grid of nodes that have to be unlocked in sequence to utilize particular end-nodes that provide benefits, be it security control or background info (i.e. logs, emails or notes). 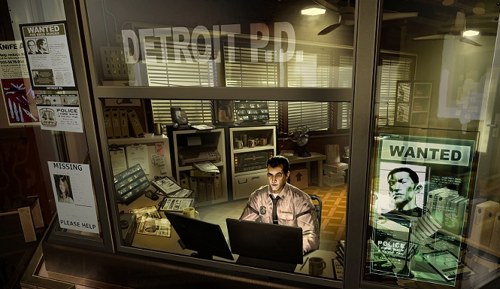 Weapons can be modified or upgraded, with obvious visual changes to reflect it. However, the removal of medkits from the game in favor of a faster regeneration system reflects a desire of the developers to accommodate more recent popular mechanics and to prevent having to search the level for healing items.  Despite this, there are still healing items that can be used in a pinch. Enemies are guided by a squad system in which the leader controls the movements of the team; if he is incapacitated, the team becomes much less efficient at finding you. Other enemy innovations include the ability to change demeanor depending on player actions.

Deus Ex: HR appears to be taking the series back to its roots with a greatly expanded interface as well as putting importance on manipulation of the environment to find new solutions to problems. The combat has had a variety of improvements, such as a cover system and third person view in some situations. The graphics are vastly improved, and once again the Deus Ex series features what appears to be another epic story besotted with conspiracy and world-changing technology.

Developed by Eidos Montreal in cooperation with Nixxes Software and published by Square Enix, Deus Ex: Human Revolution will be released August 23, 2011 on PC, Playstation 3 and the Xbox 360. With the obviously high amount of production standards available, DE: HR may shape up to be a venerable and proper successor to the original Deus Ex.