Dexter – A Beautiful Day Review: A Good Start to the Final Season

“A Beautiful Day” picks up six months (in case you missed it; they only mention it, like, five times in the first ten minutes of the episode) since the events of the season seven finale, and it does an adequate job establishing the situations in which the characters have found themselves since then, as well as introducing intriguing conflicts for Dexter to deal with in this final season. The impact of LaGuerta’s death is still being felt by most of the characters; Batista is left with her belongings to deal with; Debra is struggling with her guilt; and Dexter, while unaffected by LaGuerta’s death personally, is deeply concerned with Debra’s behavior. The new scenarios presented in this last season premiere are great set ups for potential drama in the future, especially the introduction of the “psychopath whisperer,” Dr. Evelyn Vogel, who seems to know an awful lot about Dexter. 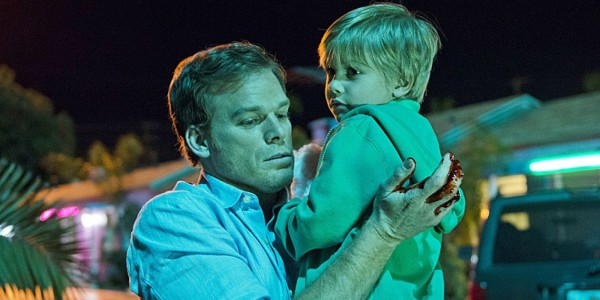 Dr. Vogel’s involvement in the Miami Metro is probably the most important and exciting narrative development in this episode. Her antagonistic relationship with Dexter and their struggle/power play is certainly something to look forward to, as it adds a great sense of tension to the narrative. She has the nerve to confront Dexter about his little secret and unflinchingly asserts that he will not kill her; the brazen determination she exhibits by doing this is fantastic and she positions herself as a formidable opponent. Charlotte Rampling plays her with an unwavering coolness, which is a good match for Michael C. Hall’s intensity.   There is an aura of mystery surrounding the character that clouds her intentions. What exactly is her end game here? What does she mean to do with her information, if anything? She doesn’t seem frightened by Dexter (though she probably should be; LaGuerta didn’t fit Harry’s code either and that didn’t help her out much) instead she is intrigued and fascinated by the serial killer. Whatever her plans is, it will be interesting to watch it play out. 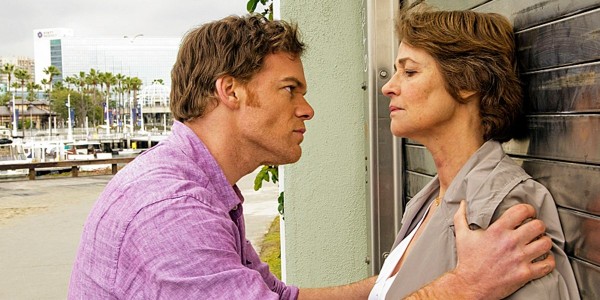 Dr. Vogel’s story is obviously closely tied to Dexter’s journey in the series, unlike some of the other employees at Miami Metro, whose presence on the show remains a mystery to many. The writers have struggled, at times, to justify the inclusion of characters like Quinn or Batista in previous seasons. Seriously, why are they still here? Especially Batista, whose return to Miami Metro rings completely false and feels contrived (since we saw him so content in his retirement last season). The show is about Dexter and his story, so when you spend significant amount of time following another character’s story (like last season’s Quinn story) that ultimately has no bearing on Dexter’s situation, it is frustrating. It does feel that they have become wise to the fact that these characters have been criminally superfluous and have often distracted from the main narrative, taking time away from the characters that we actually care about (Deb and Dexter). There is a noticeable intention from the writers to integrate the characters into the more central storylines (Deb calling Quinn for help, Quinn dating Jamie, Batista’s back), though it is unclear how long they will keep up with it. This being the last season, I don’t see how a brand new secondary storyline could emerge without being tied with Dexter or Debra, so this could be a more cohesive season overall, we can at least hope. Still, my enjoyment and interest declines significantly when neither Dexter nor Debra is in a scene. 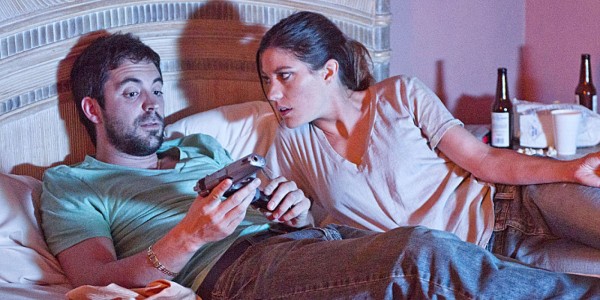 The relationship between Dexter and Debra is what keeps the show alive, really. The scenes involving them both are the most compelling in the episode. Jennifer Carpenter’s performance just keeps getting better. She really has the drunk/coked out depressed Deb thing down. The route the writers are taking with Debra makes total sense for the character and presents interesting conflicts. This new job allows her to escape her recent past and she can continue to bring some kind of justice to the world while at the same time indulge in some self destructive behavior. It isn’t the healthiest way to cope with what has happened, but it is a human reaction; unlike Dexter, she doesn’t have the luxury to feel no remorse. It would have been interesting to see the immediate aftermath of LaGuerta’s death; we saw a glimpse of it in last season’s finale in which Debra was devastated and troubled, but not much else. The writers didn’t bother covering the details after the incident in the trailer (how Dexter covered it up, how the police found her, if there was an investigation, etc.) which would have been interesting to see unfold. It is true that that isn’t the story the writers want to tell, but it would have been nice to see it acknowledged, since it appeared to be an important factor in the finale. How did Dexter manipulate the evidence to remove any incrimination from him and Deb? Instead, what we get is an incredibly clunky and forced scene in which the events of the previous six months were awkwardly regurgitated in painfully expository dialogue. The mini reunion after the memorial just feels forced and false. Nobody talks like that. Apart from the slight funnies concerning the crappiness of the bench, this scene is the worst. “I cant tell you how many times all I wanted to do is what Deb did, walk out of here at lunch and never come back.” Sheesh, there must be a more natural way to communicate this information, right? Even not discussing how Deb left would be better; just introducing her new job without that clunky piece of dialogue is effective enough. This is just one example of the scene’s failure. While the scene is a total miss, it doesn't bring down the episode along with it. The hour manages to recover and provide some truly enjoyable and engaging material. 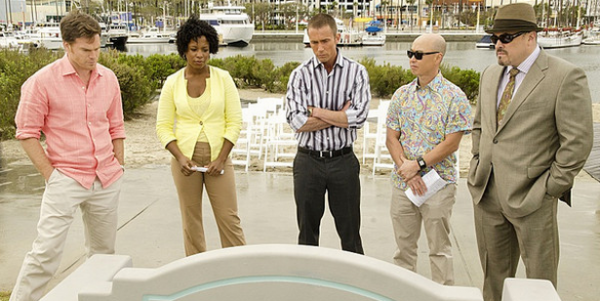 The most effective material in the episode is definitely the break down of the siblings’ relationship, which could not be in a worse place. Debra blatantly points out that she killed the wrong person in the trailer, and wants absolutely nothing to do with Dexter. Cold and distant Dexter has grown more emotional as time has gone by; it is safe to say that he does hold strong feelings for his sister, and he might even love her (which throws the whole psychopath thing up in the air), and as he realizes the gravity of their dispute, he surprisingly lashes out several times in the episode. Is Dexter acquiring emotions? The show seems to be communicating that Dexter is perhaps developing a sense of humanity. His conversation with Dr. Volger about the nature of psychopaths (their lack of empathy, emotion, morality) in which they discuss Doakes’ anger establishes the idea that these bursts of emotion basically go against the definition of the term psychopath. In different instances in the hour we see Dexter exhibit such bursts of anger (scolding Harrison, choking the guy who cut him off, lashing out at Batista, stabbing Andrew) and acting impulsively, seemingly driven by his emotions. The loss of Debra might bring him to find his humanity and actually cause some meaningful change within him.

Where and how Dexter ends up by the end of the series is unforeseeable; there are many directions in which the character could go that would be satisfying and stimulating. There is a sense, now, of finality within the show; even in this premiere episode it is clear that this is the final chapter, the beginning of the end for Dexter’s story. Whether it comes at the hands of the new threatening Dr. Volger, or from the familiar Debra, or something else, Dexter’s end is near.

-- Brilliant start to the episode with an instrumental version of “What a Wonderful World” playing over the mini-montage of Dexter carrying out his life; this scene couldn’t be better. Especially love his pretend glee at Harrison’s soccer game.

-- The featured murder/victim is appropriately bizarre and captivating. I want to know more of this brain enthusiast killer.

-- Dexter’s childhood drawings are hilariously on the nose; they should just say, “I am a future serial killer” in bold red writing.

-- How does Dr. Volger get access to Dexter’s drawings and the knowledge she possesses? My guess is that Harry Sr. went to her back when Dex was just a kid for some psychological guidance.