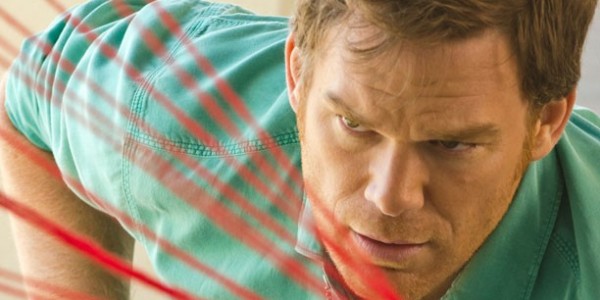 “A Little Reflection” is an unexpectedly surprising episode, and although it's riddled with a lot of secondary character filler, it contains sufficient fantastic moments to make it a greatly entertaining hour. Since the show is in its last season, a significant part of the entertainment factor is speculating on the endgame or how it will all end for our favorite characters (most importantly Dexter and Debra), and this episode sets various things in motion that might considerably alter the course of the season. Though some developments presented in this past hour are slightly questionable (i.e Zach Hamilton’s potential training to become mini-Dex) the paths they lead to are unforeseeable for now and could offer some engaging dramatic content for the series’ final episodes. The show is delving into areas it hasn’t before, and though they might cause some wariness in viewers, these risks certainly keep fans guessing. Now, Dexter’s decision to spare Zach and potentially teach him the code will probably not be the best decision. I can’t see the series ending by having Dexter teach his ways to a budding killer who will someday replace him. There has been so much talk about Dexter’s uniqueness, about him being special and not just your average psychopath, that it seems impossible for another person to adopt his ways successfully. This little experiment with Zach could quite possibly blow up in Dexter’s and Dr. Vogel’s faces, I get a feeling that no good will come out of it. The show has emphasized the importance of environment and nurture in the creation/development of a psychopath; Vogel tried to physically cure Yates of his abnormalities, but it was his emotional trauma and upbringing that made him a killer. Reversing the physical aberration in his brain did nothing to cure him. It was Dexter’s unique environment and upbringing that allowed him to channel his undesirable urges in more acceptable ways. Perhaps the attempts to guide Zach in the future will fail and again reinforce this argument and highlight Dexter’s uniqueness. 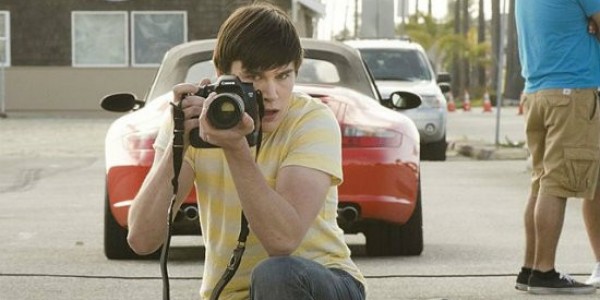 Regardless of whether this ruse with Zach will come to fruition or not, it is amusing to consider the consequences of their potential, future actions. It is also great to have Dr. Vogel remain as a central figure in the narrative. The scene with Debra and Dexter speculating about Vogel and discussing her is terrific in the simplest way because they (mostly Debra) are openly articulating doubts and queries the audience has been asking since Vogel became an important character in the series. She remains an enigmatic figure and it’s totally gratifying watching other characters voice their frustrations. Hopefully, if there is any truth to uncover about Vogel (seeing how they are treating the character, there better be) it will not disappoint. Still, if the writers want to keep giving us more time with Charlotte Rampling, I’m not complaining. Another great plus of that scene mentioned earlier is the interaction between Dexter and Debra. After last week’s very quick and unexplored reconciliation, it's good to see the siblings struggle a little bit with their attempts to move on. As expressed by the heavy-handed steak metaphor (who doesn’t love a food metaphor), it will be “tough” for them as they ease back into the groove of things, but it is definitely fun to watch them interact and address their issues. 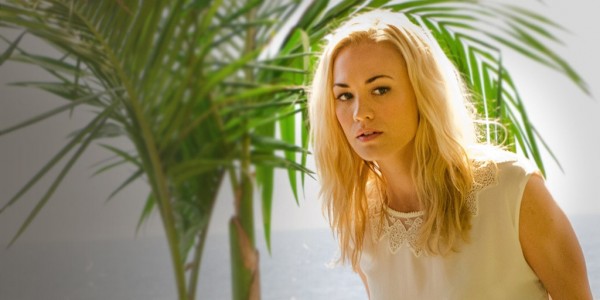 As the Morgan siblings begin to grow closer, yet another obstacle makes its way to sabotage their semi-happiness. As it is the last season, I strive to experience the show as spoiler free as possible; this means I read no interviews or news articles concerning the show and neither do I watch any promos. Unlike some programs (Mad Men) whose “next week on…” promos give nothing away, Showtime isn’t as cagey with Dexter and oftentimes, major plot points are revealed in the teasers. So while I had been somewhat spoiled that Hannah would be making her return to the show in this final season (speculation concerning that got out well before the season began to air) I had no idea when it would happen. As Debra begins to get drowsy, possible perpetrators come to mind: maybe Zach (he is the main antagonist in this episode after all), or even Dr. Vogel, but no, it’s crazy Hannah. What the what?! Seeing Hannah emerge almost angel-like, clad in white and shot in a soft focus (as Dexter loses consciousness), is a fantastic surprise and an unexpected turn of events. It's an absolutely great moment, as the dichotomy between her angelic image and her presumably malicious intentions is beautiful and the sock in Dexter’s reaction is properly executed by Michael C. Hall. What Hannah intends to do with these two is anybody’s guess, but it is not looking great for the Morgans. What's turning out to be a considerably average episode is completely invigorated by the final scene and reveal. It introduces a sense of exhilaration and anticipation for the next episode that otherwise would be missing and a fresh sense of danger for the episodes to come.

-- There is sooo much of the Miami Metro/Masuka/Quinn/Jamie/Batista material this episode that it comes very close to infuriating. What will come of Masuka’s daughter? Why do we care about Jamie’s birthday and her drama? Again, the show is transforming a perfectly likable character (Jamie) into an excruciatingly annoying shrew, poor Aimee Garcia. She deserves better, and so do we. At least there's some kind of payoff with the whole, "Quinn wants to be sergeant" storyline and Dexter is able to get rid of him by using his privileged information.

-- Who is this Richard Vogel Dexter speaks of? Really hoping there is more to that story because Dr. Vogel remains one sketchy person.

-- The brief Quinn/Dexter moments in the hour are enjoyable enough, full of effective tension and awkwardness. Whenever Quinn interacts with Debra or Dexter there is often something interesting between the characters and their situation; it’s when the writers insist on giving him a separate storyline that he becomes dull and uninteresting.

-- “I learned it from watching you, Dad!” Nice little moment with Dexter and little Harry, picking up lying tips from daddy.