Dexter – Are We There Yet? Review: A Sudden Death Leads to an Important Revelation 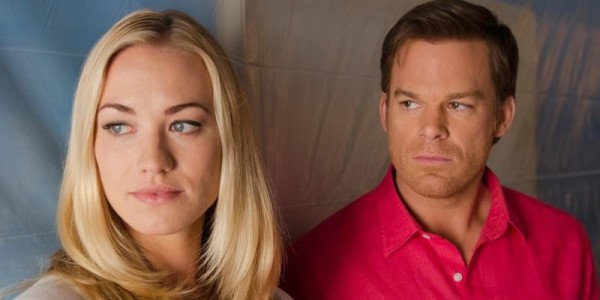 “Are We There Yet?” is another fantastic episode in Dexter's final season. The narrative is definitely intensifying and it is becoming more evident that the series is approaching its conclusion. With only four episodes left, narrative threads are indeed coming together although mysteries still remain unanswered. There is no discernable route the writers are taking; instead the series’ future narrative is surprisingly difficult to predict. One would think that with so little material left to cover, a series end game would begin to materialize and become known to the audience, but while some storylines are rapidly unfolding, there are some still being introduced this late in the season. It has certainly been a fast-paced year, with narratives taking unexpected turns and unraveling quicker than one would expect. The writers certainly play with audience expectation in this latest episode, as the story seems to be heading to a certain place throughout the hour, but by the end of the episode it takes a less predictable/conclusive route.

There is a significant amount of misdirection going on in this episode. As things begin to move in a favorable direction with both Dexter and Hannah’s rekindling relationship and Zach’s progress under Dexter’s tutelage, a possible future in which Zach takes over Dexter’s duties as he and Hannah sail off into the sunset together begins to take shape. Especially when Dexter’s subconscious suggests that "there is a stronger desire in you now, stronger than the need to kill,” alluding to the impact Hannah has on his life. This development is concerning; would an ending like that really satisfy hardcore Dexter fans? The almost cliché level happy ending does not necessarily fit the program’s M.O. Plus, as much as I enjoy mini-Dex and his endearingly immature enthusiasm, having him become Dexter’s permanent replacement is not something I want to see happen as the big ending to the entire series. So as the hour progresses it is easy to grow wary about what seems to be transpiring, and it isn’t until one of the final scenes that the writers introduce a welcome narrative and tonal shift that eases the feelings of apprehension and also provides an intriguing surprise. 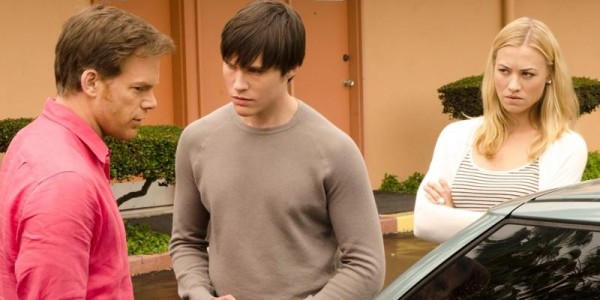 Poor Zach Hamilton, we hardly knew ye. It is totally sad to see him go, especially since he's such a great part of the episode. The moments with Zach are some of the best in the hour; they infuse great comic relief without having to veer away from the Dexter storyline and interrupt the flow with uninteresting characters and situations. The dynamic between Dexter and Zach (and even Hannah to an extent) is so much fun to watch that I find myself warming up to the idea of Dexter having his own little sidekick.  His death isn’t as much upsetting as it is exhilarating. The story certainly gets a lot more interesting as the writers skillfully handle some unresolved issues I had with the “Brain Surgeon” plotline. Back when we thought that Yates was the surgeon I felt that the conclusion to the story was tied up too neatly and felt hurried. I’m glad to see that the writers have bigger plans for the serial killer that became so menacing in the first half of the season. The show handles the “Brain Surgeon’s” reemergence with a deft hand. Though doubts about him/her haven’t necessarily escaped our consciousness, it has been a considerable amount of time since the "surgeon" has been brought up on the show, effectively putting the ordeal in the backs of our minds. Again, there is an appropriately eerie use of the song “Make Your Own Kind of Music” as the revelation is made emphasizing the "surgeon"’s tie to Dr. Vogel, infusing the scene with an extra layer of foreboding. The song is so identifiable and has become so important in this narrative thread that once it begins playing it's easy to assume that the "surgeon" is up to no good. We can safely (?) assume that it was the "surgeon" who framed Zach for Cassie’s murder; he has been known to taunt/play around with Dexter and Dr. Vogel before and he certainly hits close to home with Zach’s death.

It isn’t especially shocking to learn that the "surgeon" is still at large, since there were doubts when Dexter assumed Yates was responsible for all the wrongdoings, but the way the writers have decided to extend the plotline has been quite entertaining thus far. The identity of this serial killer is even more intriguing than before and something tells me that Dexter’s offhand mention of Dr. Vogel’s husband, Richard, might come into play in the future. With this latest kill, the "surgeon" threatened a much more personal aspect of the lives of Dr. Vogel and Dexter; Zach was quickly becoming an important member of their little pseudo-family. With each kill, the "surgeon" has inched closer to Dexter’s inner circle, (Cassie, Zach) hinting that in the future he/she could potentially go after Hannah, Debra, Jamie, or even Harrison. 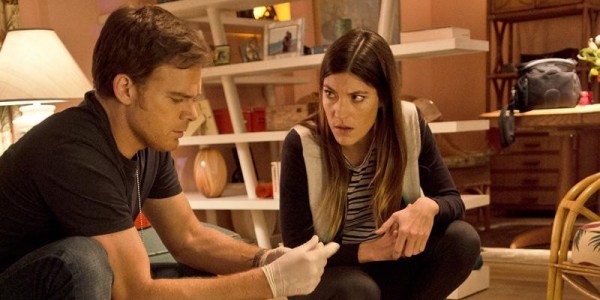 As I said before, the show has become difficult to predict simply because there are still so many narrative threads that could go many different directions, so to foresee how exactly they will converge and tie together is virtually impossible. The only thing certain is if the next four episodes are as good as “Are We There Yet?” we can look forward to an outstanding series end.

-- Don’t know what is going to happen with Debra’s new desire to join the force again. Will it pit her against Dexter in the future? It doesn’t seem as dramatically intriguing as some of the other stuff she has gone through in the season, but time will tell. It would bring her and Quinn closer again, which would totally affect Jamie and Quinn’s relationship; that’s certainly a positive. Jamie’s character has grown more shrewish as her relationship with Quinn grows more serious.

-- Debra’s issues with Hannah, “she murders people and gets away with it,” just illuminate her massively unresolved issues with Dexter. She obviously has not come to terms completely with the reality of who her brother is. Will she ever?

-- I don’t know if we are to suspect Quinn could have anything to do with framing Zach Hamilton for Cassie’s death. The episodes ending certainly points to the "surgeon" being behind the murder and crime scene tampering, but the unscrupulous Quinn has been prone to mess with evidence in the past. He definitely has some kind of vendetta against Zach, but would he go that far?