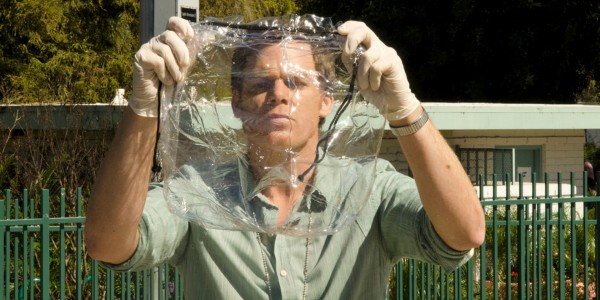 In the most engaging moments of “Every Silver Lining,” Dexter Morgan’s origin story is considerably expanded, crucial details not even known by Dexter himself are revealed, details that enrich the serial killer’s creation myth and our understanding of his personality. Dexter has always been a pseudo superhero/villain type character, with an elaborate mythology and complex moral code, and this episode certainly emphasizes the comic book-esque nature of the series and its story. After the closing events of last week’s episode, it wasn’t entirely surprising that Dr. Vogel consulted Henry way back when, but the fact that she, in a sense, orchestrated the manner in which Dexter was raised was indeed surprising and an interesting development. Dr. Vogel became, essentially, Dexter’s shadow/phantom mother, clandestinely present and active in his early life. Her reappearance in his life so many years later is already a compelling fountain of drama this early in the season and hopefully will last till the show’s conclusion. The scenes between Dexter and the psychiatrist exploring the new character dynamics are always compelling and fun to watch. Already Dr. Vogel has become an important person in Dex’s life; with Debra completely shutting him out it seems that Dr. Vogel could not have arrived at a better time and, as shown in the last moments of the episode, could even become a source of comfort for Dexter.

Although Vogel is seemingly an earnest maternal figure for Dexter and appears to be superficially honest, there is an underlying ambiguity in Charlotte Rampling’s performance, which certainly encourages doubt in the character. The constant coolness and composure with which Dr. Vogel handles herself, even in times of apparent danger, is unsettling and peculiar. Could the doctor be displaying her own psychopathic tendencies? Her psychopath-loving monologue doesn't do much to quell suspicions. This dichotomy, of course, only makes this new relationship even more interesting to watch and adds a sense of anxiety to their scenes together. Dr. Vogel could absolutely turn out to be the brain-scooping serial killer they seem to be ‘tracking down’ together, and could be just playing with Dexter for her own amusement/purposes. If the writers do go this route, it would come off as too ‘twisty’ and clichéd, and while I do suspect that there is more to Dr. Vogel than meets the eye, I hope the show attempts to take a more subtle and unexpected route in exploring the character. What they have done so far has been fairly successful; it would be a shame to ruin that. 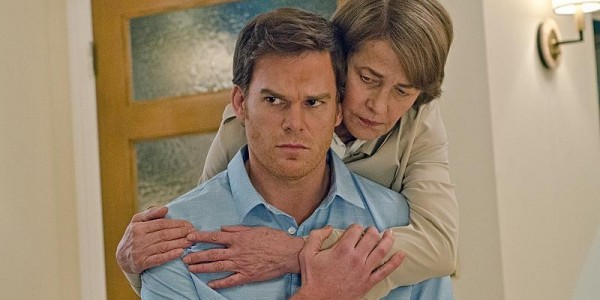 As Dexter grows closer to his surrogate mother, his relationship with Debra continues to disintegrate as she grows more impulsive and destructive. Saying that Debra has seen better days is a colossal understatement; not only is she still dealing with LaGuerta’s demise, she's also grappling with the deaths of “El Sapo” and Briggs (for whose death she bears some responsibility). As if she didn’t have enough to handle in the first place. Deb’s story is particularly fascinating because there is a sense that anything can happen. Before the season started I was sure that she would somehow emerge triumphant and redeemed by the end of the series, but now there is no telling where she’ll end up. Her future does appear quite dire and I wouldn’t be surprised if she didn’t survive the season; at this point it seems impossible for her to be able to crawl out of the hell she is in. While it is difficult to accept the direction Deb is taking, it is utterly fascinating to watch Jennifer Carpenter sink her teeth into the angsty material. You just know she is reveling in the opportunity to play such extremes. The scene between her and Michael C. Hall in the alley is absolutely fantastic, Deb’s despair and rage is communicated without being melodramatic and her threat to Dexter as she leaves hits hard; it is a situation that would have been hard to imagine in the early days of the show, but makes complete sense in the current narrative. This is a huge blow for Dexter, who seems to be going through real feelings of remorse and guilt for the fist time. How these new emotions will affect him will be interesting to see. 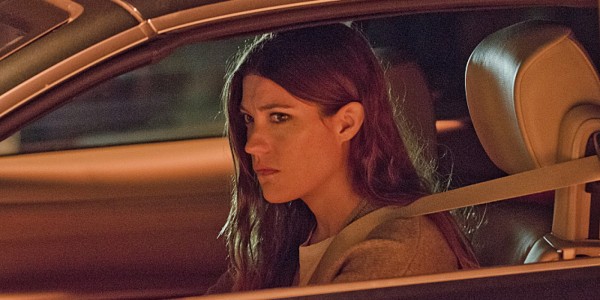 Once more the episode is dragged down by the obligatory Batista/Quinn storyline that has nothing to do with Dexter or Debra or any kind of engaging storytelling. This third subplot is less intrusive than the Miami Metro shenanigans of last week, which is a welcome improvement, but is still aggravating simply because the main narratives are so much more engaging than anything the writers come up with concerning these secondary characters. So every time the show cuts to one of these storylines it is frustrating because that is time that could be spent with Dexter and Dr. Vogel and their weird relationship. There are still ways to incorporate these characters into the larger storylines that aren't so grating; I'm not overly annoyed by Quinn when he's questioning Deb and surprisingly enjoy their chemistry together. Even Deb’s little moments with the rest of the Miami Metro gang are amusing enough. A storyline in which Quinn is making strides to become sergeant is neither believable nor compelling and I just don’t care. Does anyone?

Another great episode starting off the final season of Dexter. If this is any indication of where the rest of the season is going, then it is looking like we’ll be getting some seriously well-done drama.

-- Michael C. Hall directed this episode and I think he did a very good job, especially with the performances he got out of both Jennifer Carpenter and Charlotte Rampling.

-- We get more not so subtle clues to Dexter’s humanity and ability to experience emotions/non-psychopathic behavior; this time even Dr. Vogel notices. Dexter’s not your average psychopath, everybody. I suspect his growing emotions will probably bring upon his downfall, because a genuine psychopath can only succeed if he/she is completely disassociated from everything that surrounds him/her.

-- Probably the only bright spot in the whole Quinn/Batisa storyline was when the lady breaks out the animal hide quilt, truly funny moment. Though it's the actress who sells the moment, all by herself, the morsel of banter between Quinn and Batista is a bit of overkill.