Dexter – Make Your Own Kind of Music Review: Engaging and Entertaining Hour 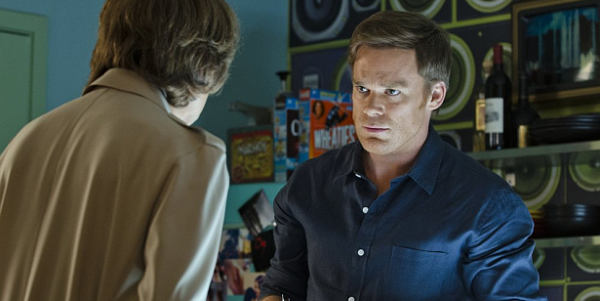 Since her introduction, Dr. Vogel has been a mysterious and enigmatic presence on Dexter. While her involvement in Dexter’s upbringing was revealed early on in the season, there still remained something shrouded beneath her cool exterior. Finally, “Make Your Own Kind of Music” offers an insightful look into the psychiatrist’s past and her motivation. The show expanded on Dexter’s origin story in the first half of the season and now it’s Vogel’s turn. The writers had already communicated that she had been married, but the revelation that she had a family and most importantly, a psychopathic son, provides us with the necessary information to understand the character, finally. It isn’t entirely shocking to learn the details of her life (the fact that her son and his actions drove her to pursue psychiatry and concentrate on the subject of psychopaths) but they make complete sense and support her vehement interest in both Dexter and Zach’s well-beings and her maternal affection towards them. While Dr. Vogel has taken on Dexter as a surrogate son of sorts, the unveiling of the brain surgeon’s true identity has certainly affected her deeply. Obviously, Vogel was compensating for the loss of her children, particularly Daniel (she spent her entire career trying to find a "cure"/understand his condition); now that she realizes that he isn’t gone, her loyalties take a huge turn (especially after Dexter’s eventual deception).

It is fun to watch her maternal instincts kick in and see her transform into this slightly irrational and emotional mother; Charlotte Rampling has been giving a fantastic performance, and this episode might be her best. The series has called on her to play Evelyn Vogel with intelligence, and authority, sometimes vulnerable but always with a quiet sense of resilience. She is at her most emotional and open in this latest episode, adding another layer to the character and performance and is absolutely compelling as the now concerned mother of a serial killer. Rampling totally sells the emotional anticipation for the potential meeting with Daniel and it is easy to feel sympathy for the woman as “Hannah’s potion” takes its effect on her body. Although Dexter is probably doing the rational thing by wanting to take Daniel out as soon as possible (we are unaware of the surgeon’s ultimate plan) there is still a tiny voice in me rooting for Vogel to somehow reunite with her son. As the scene in the King’s Bay Café progresses and Daniel repeatedly plays the Mamma Cass song, some of the sympathy I feel for Dr. Vogel transfers to Daniel and I find myself feeling sorry for him. Now, Dr. Vogel’s alliance with her son is likely to take a negative turn; he did not go through all that trouble to simply reunite with his long-lost mother, and this is not going to end well whatsoever. 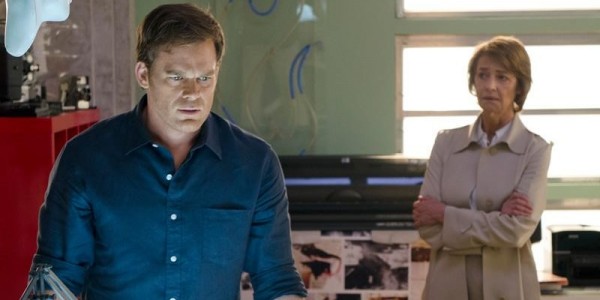 It is interesting to see Dexter develop some slight jealousy as Dr. Vogel softens her view of the surgeon, now that his identity is disclosed. And though his attempts to warn Dr. Vogel against letting him live are more of a rational and practical response than an emotional response to the brain surgeon’s actions, he isn’t necessarily making decisions with the clearest of heads. Dexter’s motivations are a bit cloudy in this episode; he is extremely preoccupied with Hannah and her situation, which causes him to handle the brain surgeon dilemma in a hurried and careless manner, allowing Daniel to gain the upper hand. His little dream of jetting off to Argentina with Hannah and Harrison and living there happily ever after is tremendously unrealistic, much like Dr. Vogel’s hope to be able to help Daniel. Dexter’s desire to be with Hannah far outweighs every other priority in his life, and it is quite unsettling to see Dexter behave this way. Also, the show, especially in this season, has reduced the emphasis on Dexter’s inherent need to kill and instead has made his impetus to just get rid of any problems he happens to have. More often than not, especially in the early seasons of the show, Dexter has been shown to be a thoughtful and methodical person. Watching him unravel, in a way, might not sit well with some viewers as his transition from unemotional killer to emotive family man continues to develop. Some might think this is too much of a departure for the series. Though some might be afraid of where the narrative seems to be going, it is highly unlikely that we’ll get a “happy” ending for Dexter, especially since he seems so invested in his perfect fantasy (things never work out the way characters want them to).

As great as everything is with Vogel and the brain surgeon, the most entertaining scene is Debra and Hannah’s uncomfortable dinner. So far, the only thing tying the two women together is their love for Dexter, and their interactions in the past have always hinged on whatever Dexter was up to at the time and reacting to whatever situation he created. What's so great about this moment, aside from the passive aggressive digs here and there, is to see them interact and not have it all be about Dexter; instead, it is the two characters relating to each other and even sharing some common ground.  One gets the feeling that if the two met under different circumstances, that they could actually become friends, or at least friendly acquaintances.  It really is a great moment and a genuine surprise in an episode that is quite heavy on narrative. Debra’s eventual return to the police force is becoming an inevitability I don’t know that I’m too interested in. Her uncertainty and tentativeness whenever the subject comes up is frustrating to watch and growing tiresome. At least it seems that she will have no choice in the matter, as Elway makes quite clear in his brief outburst. If there is anyone on this show that deserves a happy ending, it is poor Debra Morgan; again we see how Dexter’s actions still permeate her very existence. The series suggests that the only way she could ever be happy is to be far from Dexter (and hopefully away from Quinn, though the show seems to be going there). Certainly going back to work will be a step forward for Debra; if what we saw this episode is any indication her place is in Miami Metro. She’s obviously a far better detective than Quinn ever was: a day of helping out and she successfully pinpoints Oliver Saxon (A.K.A the brain surgeon, A.K.A Daniel Vogel) as a person of interest. 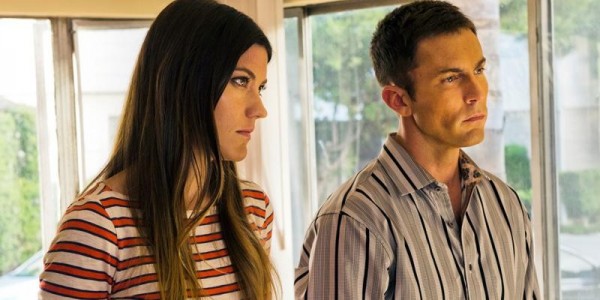 “Make Your Own Kind of Music” is an engaging and entertaining episode of Dexter, a well-paced and narratively rich installment that makes significant strides towards the end of the series.

-- I like that Dexter uses his fancy, sophisticated aging technology to figure out Oliver Saxon is the brain surgeon, and Debra does some old fashioned policing and comes to the same conclusion. No longer is she Debra Morgan from Vice who sought out her brother’s help with every case.

-- The actor playing Daniel is sufficiently unsettling as Dr. Vogel’s psycho son, especially in that deliciously campy closing scene in which mother and son are creepily reunited.

-- Quinn continues to be the worst. Even in his scenes with Debra I can't get into it. He does not deserve her. After watching the scene between Jamie and Debra, in which they are both perfectly friendly and pleasant and likable, I conclude that Quinn just ruins everything and everybody. Run away, Deb!