Dexter Morgan is not your average serial killer; this idea has been thoroughly explored since the series’ inception. While the first seasons of Dexter touched on Dexter’s unique code and method of operation, this latest season has been focused on his evolution as a person, and his growing sense of humanity. The final moments of “Monkey in a Box” lead us to believe that Dexter’s inherent need to kill, what has been driving him to live his life the way he has for so long, is somehow gone. Now his driving force has shifted towards something else entirely. The season has hinted at this character evolution: Dexter has been struggling with his desire to run away with his "family" and his serial killer responsibilities (and they have really come across as chores this season). Are we really to believe that Dexter is just over it? This transition has come on too suddenly and just feels false, regardless of the route this season has taken. Yes, Dexter has been evolving for a while, and has become more human as time has progressed, but his epiphany towards the end of this episode is still too abrupt. What has always been fascinating about the show and Dexter is the dual nature of his character. Even in those early seasons in which he was generally emotionless and cold, he was painted as a serial killer with a heart, a man with a perverse urge who quelled it by using semi-noble methods. He faithfully followed his father’s code and thought of himself as morally superior to his criminal victims. There was always something different about Dexter (usually attributed to Harry’s devotion to his son’s well being) and the very first season illustrated Dexter’s awareness of right and wrong as well as his emotional capacity. He defied his brother, with whom he shared a significant traumatizing experience, because of his affection and love for Debra. He was never just a psychopath; this idea isn’t new to this season. And though his progression appears to make sense, that he would eventually develop an emotional life that could sustain him and rid him of his destructive need, the reason behind his change is unclear and unconvincing. 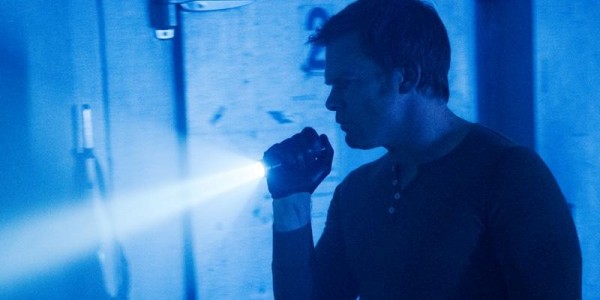 Are we to believe that Hannah is the reason for his transformation? I just don’t buy that the relationship Dexter has established with her in such a short time is enough to spur such a change. It certainly doesn’t seem like she has done much to truly gain his trust and devotion. I do, however, believe that the show wants us to invest in this relationship, and when it inevitably crashes and burns we are supposed to feel something for the characters. Ultimately it doesn’t feel like Hannah is a strong enough character, both in terms of story as well as her presence in Dexter’s life, to bring upon such change. How many times has Dexter become overwhelmed by his feelings for a particular woman? Have we forgotten about Lumen? For a cold, emotionless killer, Dexter sure is a sucker for a pretty face. Yes, he can talk freely about his secret with her, but she isn’t the first to have that privilege. Why now? Dexter needed to know what romantic love was like? What? Had this change been spurred by someone with whom he shares a deeper history or connection, like Debra, who has been the only constant in his life, or Harrison, then maybe it would make more sense. But no, he is now “cured” and apparently all he needed was "true love’s kiss" or some bullshit like that. I’m not saying I oppose Dexter’s new outlook, it just does not come across as natural. The writers’ hands are all over this narrative; it feels very constructed and artificial and not something that would come out of the character organically. I assume they are setting up Dexter to go back on his word, to dismiss his profound stance and get rid of Daniel Vogel for good. After he learns what happened to Debra, I would find it hard to believe that he wouldn’t attempt to avenge whatever harm came her way. 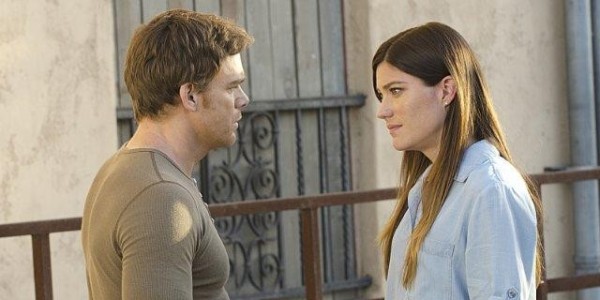 As I see where this penultimate episode leaves us, I can say that Debra’s story arc has been quite a let down, especially when I recall where she was at the beginning of the series. There was so much potential in messed up Debra and then angry Debra that to have her just do a major reset and go back to Miami Metro and rekindle her romance with Quinn is just disappointing. Also the way that her struggle with Dexter was resolved is very problematic. As I’ve said before, their relationship was mended way too quickly and therefore diminishes the turmoil she went through in the first half of the season. It would have been interesting to see Debra and Dexter more at odds and battling it out. I mean, didn’t we all want a Morgan sibling showdown at the end of the series. The show became just as much about Debra’s journey and her relationship with her brother as it was about Dexter being a killer. The first half of the season really sold that point. Debra, though erratic, became a character with agency. She was active and dictated the course of her actions, and for once, Dexter was forced to react to her choices. But as the season progressed she gradually lost that agency and lost that sense of narrative drive, especially in this last episode, in which Debra is physically impaired and is literally struck down. This is a more predictable route to take, paving the way for Dexter to become the hero at the end of the series and to redeem himself after putting Debra in harm’s way.

Though there is a significant amount of material that I’ve enjoyed, particularly Charlotte Rampling’s performance, the final episodes of Dexter don’t seem to be adding up to a satisfying conclusion. Just one episode to go in Dexter Morgan’s story, and even though the writers haven’t taken the best decisions along the way, it will be interesting to see how they choose to end it all.

-- This hardly feels like a penultimate episode of a series. The action seriously lags at times and so much boring, unnecessary material pads the narrative. Why? Do we really need to see the Masuka family bonding time?

-- Debra should know better than to think it was all going to work out, I mean, come on. Do you know who your brother is? Obviously things were going too well for poor old Debra Morgan and a cloud of doom was looming over her head all episode. So predictable.