Swim Deep brings back some of the key characteristics of the show that have been missing or understated since the season premiere, such as the “cat and mouse” style of progression and Dexter’s struggle to reach a “new normal”. However, those familiar qualities also make the overall plot feel very predictable, formulaic, and comprised of rehashed seasons, leaving it confusing and poorly sequenced.

The episode opens with Dexter and Harry on his boat arguing about Debra’s involvement in his killings. While Dexter feels that she is adjusting, Harry expresses that exposure to his “Dark Passenger” will eat away at her. The relationship between Dexter and Harry – or per say his figment of Harry – has become strained. While Harry used to be a driving influence on Dexter, now his dialogue feels like unnecessary nagging. As Dexter is cleaning his boat, he discovers a large amount of Louis’ blood that indicated he had died there recently.

As the season progresses, Debra finds herself in the position of covering up more evidence for Dexter. The relationship between them is starting to feel much like Walter and Skyler White in Breaking Bad, because the more time she spends keeping his double life secret, the more danger and trouble she finds herself in. Debra becomes involved with LaGuerta’s secret investigation on the Bay Harbor Butcher to play interference, and orders Batista to give up on investigating Mike Anderson’s murder. But with confirmation of an eighth and final season of Dexter, everything seems to be progressing too fast for there to be a proper conclusion that’s not delivered too early. 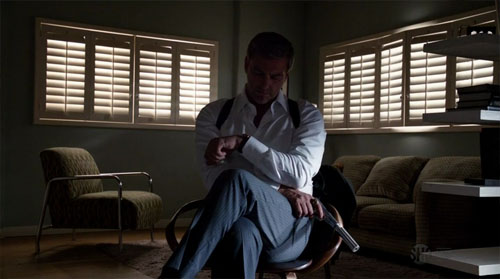 Ray Stevenson does an impressive job portraying Issak Sirko, a Koshka Brotherhood boss. His calm and methodical, yet ruthless behavior is very reminiscent of his role as Frank Castle in Punisher: Warzone. But his character in Dexter feels just too familiar, as if he is a combination of the crazed Lila West (season 2) and powerful Miguel Prado (Season 3), which takes away from some of the excitement and replaces it with predictability.

Unlike Issak, Hannah is just out of place. She adds unnecessary side story to the plot while regular characters like Quinn get very short and disjointed scenes through the episodes. Helping Miami Metro recover the bodies on Wayne Randall’s killing spree, Hannah is actually reliving her participation in the murders. So much in fact, that she becomes infatuated with Dexter explaining the crimes and even questions him after he abruptly stops and realizes her involvement. He confronts Hannah about what actually happened, but she denies being a part of the murders even though the blood spatter tells differently. He then understands that she has full immunity for past crimes committed for helping the police, which puts her right in his crosshairs. Having Hannah so involved right now seems foolish, as it adds unnecessary additions to an already large plot. 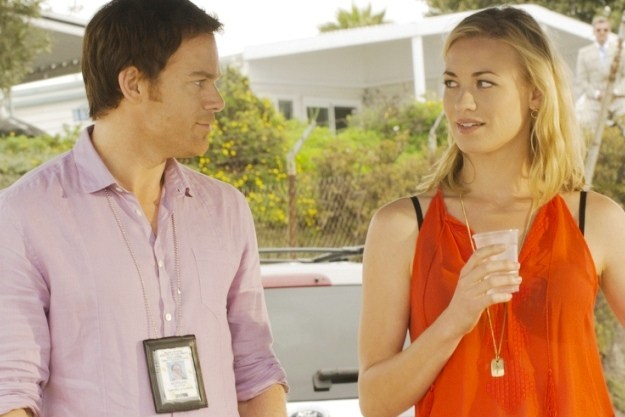 Sirko has quickly become a nuisance for Dexter from breaking into his apartment to threatening to kill him and all of Miami Metro involved in killing Viktor, including Debra. Needing a swift resolution, Dexter leads Issak to a Colombian drug cartel’s bar, leaving him alone to fight off three armed men. Much to his surprise, Dexter is called back to the crime scene to find all three men dead and Sirko gone, prompting Debra to question if they’re looking for “The Terminator”. The “cat and mouse” aspect in this episode – although good to have as it is a definitive core element of the show – was very poorly executed in the script and ended much sooner than it needed to. Sirko was arrested shortly after and incarcerated pending a trial, leaving no room for this episode or the next to add more suspense and plot development.

There has been a lot of jumping back and forth in this season, and Swim Deep is no exception. But this episode only adds to the problems with inconsistencies and holes in the plot that make it extremely difficult if not impossible to suspend your disbelief. When Dexter explains to Debra that one of his victims was a wedding photographer he disposed of after a reception, she becomes concerned about a photo of Dexter being taken. What bothers me is how a photographer that Dexter abducted and killed at the end of a wedding reception could have possibly given his developed photos to the clients. How could Issak Sirko, a Koshka Brotherhood boss, be blindly led by Dexter into an arch-rival’s territory? Why would Sirko allow himself to be arrested when he knows he left evidence at a crime scene? 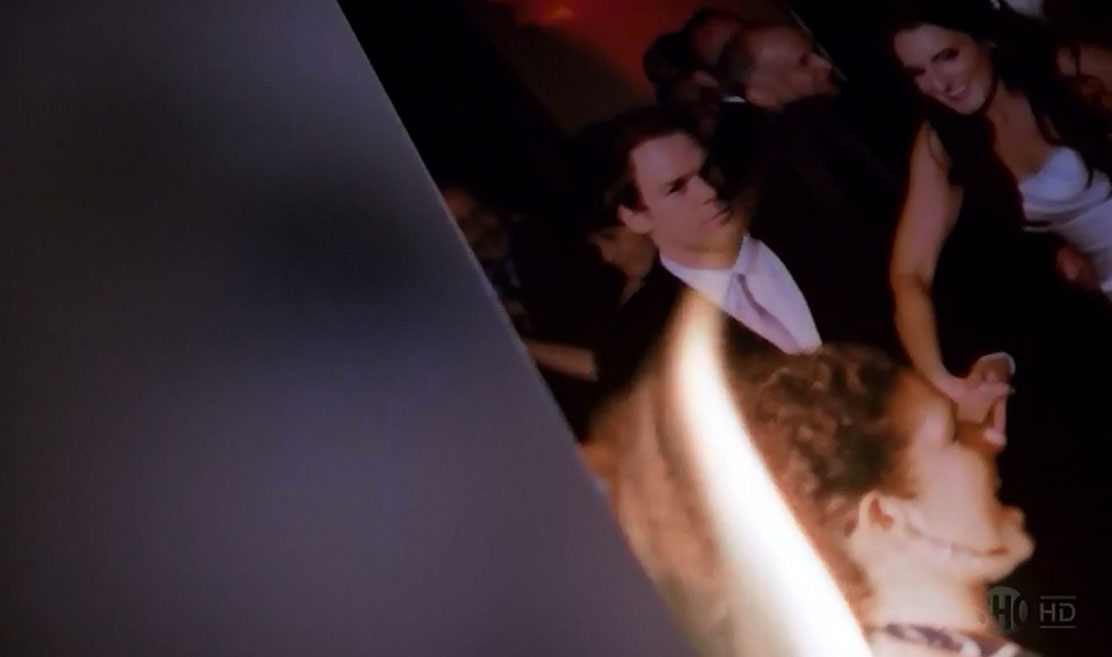 The episode closed with Dexter visiting Issak in jail, questioning why it was so important for him to be murdered and if his pursuit was over. The dynamic in this scene was probably the best in the entire episode, as it showed a connection between the two on many different levels. After he went home, Dexter was greeted by Debra with a wedding photo that linked him to a Bay Harbor Butcher murder. As he got ready to destroy the evidence, Debra stated that she didn’t want to be a part of Dexter’s killings. Although she knew he wouldn’t stop, she didn’t want to know about his work. This led to a subtle yet distinctive acknowledgement when he lied about Hannah’s involvement in Wayne’s murders.

Swim Deep is worth watching, but between the inconsistencies, rushed plot, and unnecessary side story, season seven is going to need to pull its focus back and slow down before it runs out of steam for season eight. Pushing in the same direction and pace will only take the show from the realm of dubious to outright ridiculousness.