“What’s Eating Dexter Morgan?” is definitely a more character driven episode than previous ones this season; it doesn’t advance the storyline much, but it is rich in character development and exploration. There are no huge game-changing revelations made or significant advancement of the plot (we don’t know who the brain-scooping killer is yet, Debra is still dealing with her guilt, Dr. Vogel remains intriguingly ambiguous, Dexter is concerned with Deb, and so on), so the episode instead focuses on how the characters behave in their current situations. The narrative does not go into a full stop, however; there is some development concerning the mystery serial killer, and we go further into Deb’s downward spiral, but most of the scenarios presented in the hour are deeply related to the various characters’ inner struggles, particularly Debra and Dexter. This is certainly something the show can afford to do, especially in its eighth and final season. We have spent enough time with these characters to be invested in their stories and their eventual end, so this more deliberate kind of storytelling is apropos of the series’ status. If there’s ever a time to extensively explore character interaction and turmoil, it is now, nearing the end of the various characters’ narratives. 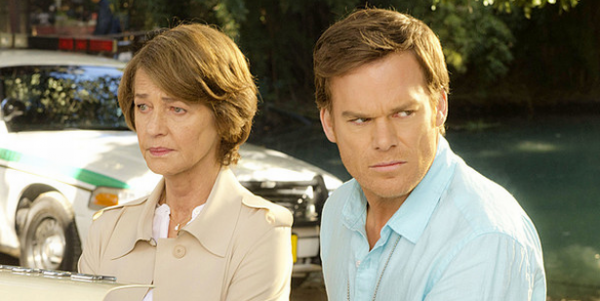 The show has always emphasized the character journeys, most notably Dexter’s, through the series and as time has passed Debra has become just as important to the main storyline as he is. Much of Dexter’s conflict in this episode revolves around Deb and how she is affecting his life. As much as he wants to get rid of the serial killer, who is now threatening him as well as Dr. Vogel, his concern for Deb completely derails his plans and he drops everything to come to her aid. Dr. Vogel’s analysis and interpretation of Dexter’s feelings towards Deb introduce a completely new way of looking at their relationship (to the viewers as well as Dexter himself). While last week it was implied that his love and concern for Deb was incongruous with his identity of a psychopath (emphasizing Dexter’s humanity and empathy), Dr. Vogel’s observation suggests that the selfish love he feels for Deb is another psychopathic tendency as if he has evolved into this super-psychopath specimen. “You’re perfect as a psychopath; all this talk about helping Debra and loving her, its like you’re Michelangelo trying to play the banjo,” she says to him, making him realize the severity of his impact on Deb and later on his inability to fix it as well. Quite a pessimistic view on the nature of Dexter and how he interacts with his "loved" ones. Accepting this cynical point of view and embracing his psychopathy, Dexter leaves Deb with Dr. Vogel and goes back to what he is really good at and something he can really control and change and kills the cannibal, Ron Galuzzo, who is his first real kill of the season. His interactions with Dr. Vogel are again a highlight of the episode; as they spend more time together Vogel’s intentions become more cloudy and questionable. There isn't anything particularly egregious about her behavior this week, but nothing is as it seems on this show. Dr. Vogel is indeed a character to watch out for. 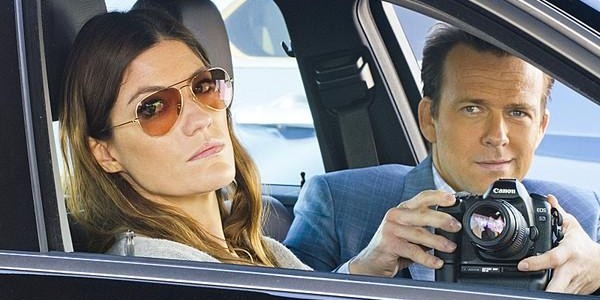 This is only the third episode of the season, but already feels as if the season’s stories have been thoroughly explored. Debra’s decline and downfall has been extensively covered in these first three hours, I don’t know how much more of her self destructive behavior we can take (though Jennifer Carpenter’s drunken delivery of the line “mother shit” is absolutely fantastic). It seems that she has really hit rock bottom: going to Miami Metro to confess her responsibility in LaGuerta’s death; hopefully this marks a turning point for the character because her pitiful drunkenness and overall depression is becoming quite repetitive and upsetting. If it keeps recurring for much longer it would just be tiring and excessive. Her guilt has been so effectively communicated in these first episodes that more of the same could just become overkill. That’s not saying that Deb should just do a 180 and recover from her depression immediately. She should be confronted by a new set of challenges or difficulties that would alter her state in some way. This is not the type of show to resolve a character’s struggle in the first half of the season, so Deb will not just become a renewed and together person, not even close, but some added conflict will reinvigorate her storyline and perhaps present a new, more interesting dynamic. With the way the episode ends, it seems that she will be having some face time with Dr. Vogel, which should be interesting to watch. Charlotte Rampling’s scenes with Michael C. Hall have been some of the most entertaining and successful in the season so far, the prospect of seeing her interact with another character is indeed exciting, especially when that character is Deb. 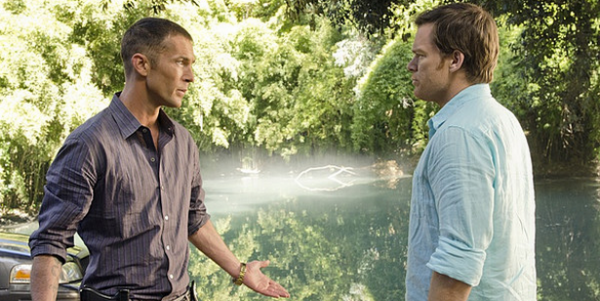 This episode, while some may call it filler, maintains a certain momentum that we've felt since the season premiere. There is a sense of gearing up to explore something critical happening in the coming episodes, and while there isn't much plot development this hour, the strong performances and intriguing character stories are certainly effective and make for a tense and absorbing hour.

-- The show doesn’t delve into emotional/psychological themes in the subtlest of ways. The writers love to unabashedly over-state the subtext and themes explored on the show. Every episode of the series is fairly introspective since the audience is aware of Dexter’s inner monologue and thoughts, and frequently Dexter’s voice overs will blatantly tell the audience exactly what the episode was about thematically. This technique has often resulted in making what would be nuanced implications into blatant observations/reflections. This week we get baby Harrison drenched in bright red popsicle juice and suffering from a tummy ache because he ate the entire box of the tasty frozen treat. When questioned as to why he ate them all, little Harry says, “Because I love them.” Yes, the things/people we love often do us more harm than anything else. Obviously this refers to Dexter’s relationship to Debra, and how much he has hurt her and even ruined her. Debra’s case with the married woman in denial is another glaring parallel to the characters’ experiences. Though heavy-handed and obvious, this subtext works within the series because often it is acknowledged by the writers or done in a tongue-in-cheek manner. As stated before, the series has always handled its underlying thematic material in this over the top way, and its become a kind of stylistic trait for the show and done with a particular humor that makes it work.

-- Quinn’s presence on the show is slowly becoming less irritating, at least as long as he is sharing scenes with Deb or Dexter. Whenever he is involved in their storyline, he becomes a tolerable character, but it is difficult to get into his other scenes. His becoming Sergeant could come to play in the larger storyline later on, but I am not interested in the machinations behind that chage. We don’t need to see him study or prep for it and I couldn't care less about his relationship troubles with Jamie. Poor Aimee Garcia: all the writers have her do is play the annoying jealous girlfriend, and it is just irritating and her character comes off as an unlikable shrew.

-- Dexter’s reaction to finding the finger stew in Galuzzo’s house is absolutely hilarious and perfect. Who knew Dex was so squeamish?