Those of you looking forward to sinking many hours into the latest installment of the Diablo franchise have one more thing to be happy about. Just like with earlier game releases from Blizzard such as StarCraft 2 and World of Warcraft expansion Cataclysm, you will be able to purchase a collector’s edition of Diablo 3.

Game releases must pass through regulatory bodies for approval, and the British Board of Film Classification (or BBFC) has announced that a collector’s edition of Diablo 3 has made it through their process with no cuts to content required. 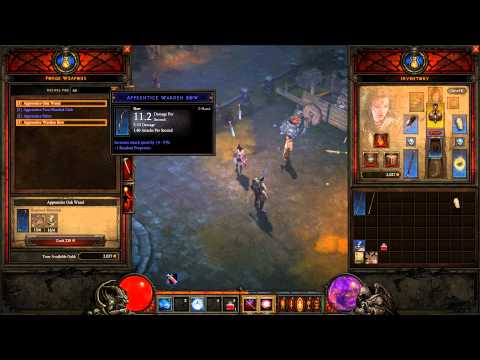 The rest of the the CE can be inferred by looking at what Blizzard has offered in such packages before. StarCraft 2 came with extras like an art book, a comic book, a soundtrack CD and a special edition jump drive in addition to a “behind the scenes” DVD.

Is the extra swag worth the extra $40 on the price tag? Well, that is up to you.