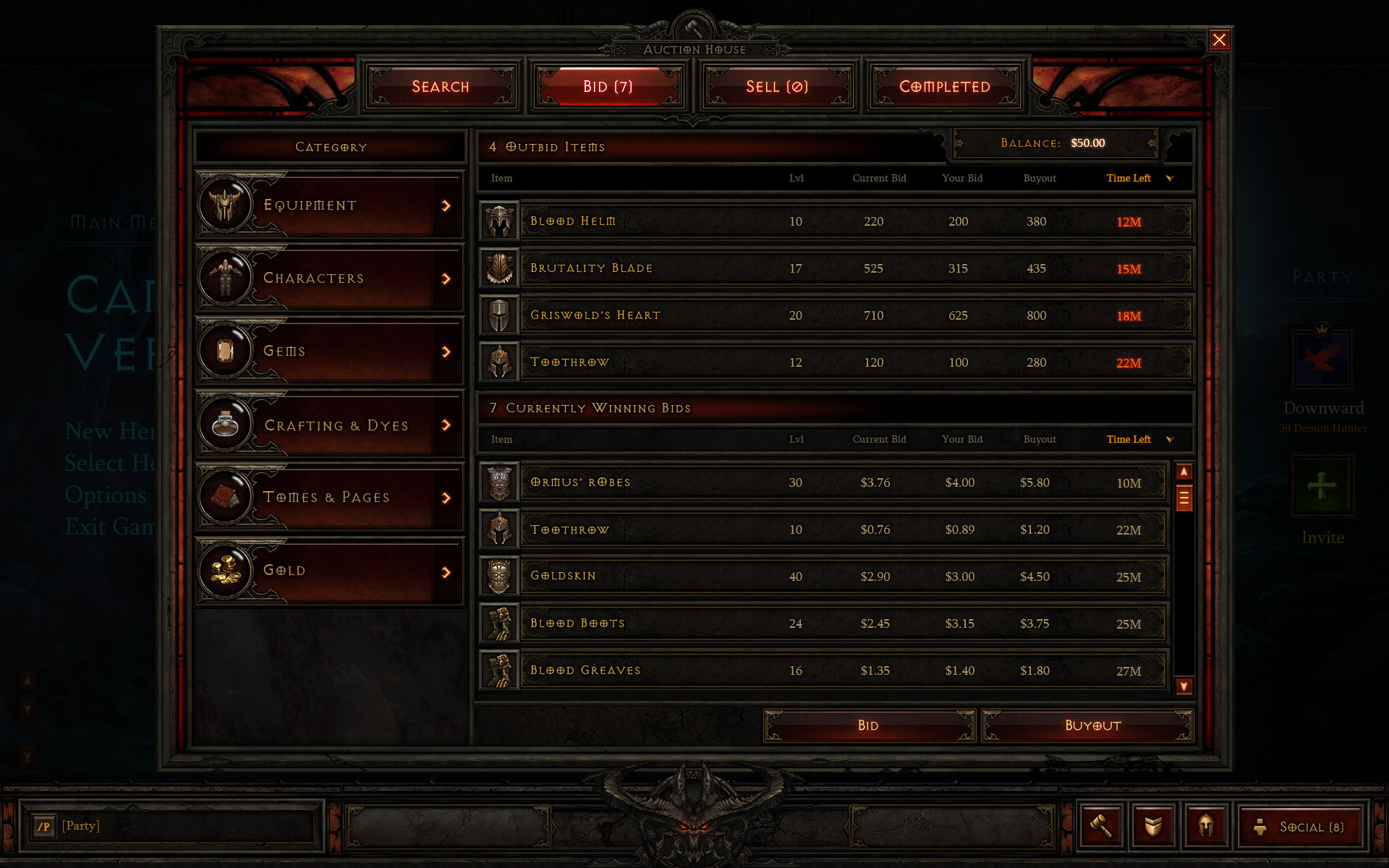 Diablo III has been playing around with this feature for a while now, and a lot of fans have been waiting to find out when this will happen. Well, this delayed feature was given an ETA of June 12 via an in-game prompt. This prompt was a notification delivered to players last Tuesday, May 29. The real-money auction house feature was originally set to launch on May 22, and then May 29, before being delayed once more to a then-unspecified later date.

At the most recent time of delay, Blizzard announced, “In light of the post-launch obstacles we’ve encountered, we have made the decision to move the launch of the real-money auction house beyond the previously estimated May timeframe.”

It has also been reported that users have been experiencing some post-update server issues, including the dreaded “Error 33” making an unwelcome return, among a few other problems. However, these issues appear to be resolving according to the latest updates, meaning happiness is slowly returning to Diablo-world.