By: | Movie Features | November 24, 2011
Actors call it typecasting when an individual becomes so strongly associated with a certain character type it seems to be the only role they are capable of (see Jason Statham). There is no official term to describe typecasting for directors, but you know it happens. Take Martin Scorsese, legendary for his work in the crime genre (Goodfellas, Casino, The Departed) with a dash of thriller (Cape Fear, Shutter Island) thrown in for good measure. Like any longtime director, he's dabbled in other areas (Dangerous Liaisons, The Aviator) but overall has a signature for stories involving some degree of physical and/or mental violence.
So everyone was a little more than surprised when he announced last year he would direct a "family film" called Hugo,  which is now in theaters. With the first trailer's lukewarm reception, the eye-rolling that came with the touting of 3D filming and the unlikelihood that Sacha Baron Cohen would not die a horrible death in the film, most scratched their heads at what Scorsese was up to wandering into "family" territory. If the early reviews are any indication, he's done incredibly well, compounding how directors can evolve and expand on their vision and capabilities over time. It is in that spirit that we ponder other directors who wandered outside of their "comfort zones" to positive results. 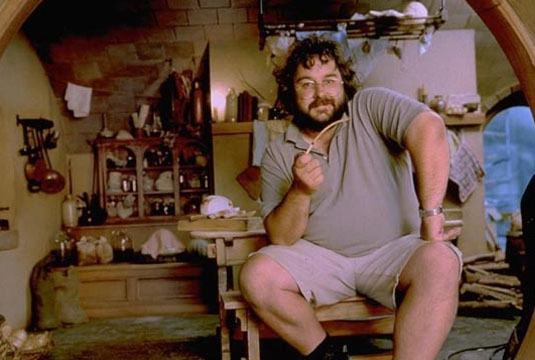 Peter Jackson, The Lord of the Rings
Ask most modern audiences about Peter Jackson and their minds immediately go to  "Lord of the Rings" films. What many don't know was that prior to his massive success on the fantasy films, Jackson had been building a name for himself in another genre: comedy horror. One of his earlier films was the low budget Dead Alive, considered one of the goriest titles of it's kind. He continued his work in the genre with The Frighteners, not a cheap film at that time but nowhere near as massive or complicated as what waited for him when he set out to make the "Rings" films. Despite his determination, he was a horror/thriller director who lacked the household name to match the series that (almost) everyone grew up reading.

Nobody can doubt his dedication to stepping into the big leagues, having begun working on developing the films (and an adaptation of The Hobbit) back in the mid-'90s while wading through countless negotiations, deals, rewrites, taking the series from two films to one to a trilogy and filming that lasted over 400 days while spending $280 million. It was definitely not what we'd seen from Jackson before but what an end result it brought, ushering in one of the highest-grossing series of all time and the first fantasy film to be awarded "Best Picture" in the Academy Awards history. All from a comedy/horror man.

Danny Boyle, 28 Days Later
"The director of Trainspotting is going to do a zombie movie." Okaaaay. Didn't see that one coming. Typically, it's the other way around when horror directors move onto other projects/genres (see previous director), but Danny Boyle went from indie to horror and if zombie lovers tell you anything, they're damn glad it happened. Although rabid (get it?) fanboys will yell at the top of their lungs it is an infected movie, not a zombie movie (shut up). Regardless, Boyle's prior work had always been low-budget affairs packed with his signature of kinnetic energy. Not exactly what comes to mind when you think of lumbering zombies. As it turned out, Boyle didn't think of that either, choosing to first throw audiences a completely deserted London (still one of the best openings out there) and infected that not only wanted your brains but could run your ass down. Gone were the slow masses of mindless monsters and in their place were really pissed off men, women and children, all of whom were out to kill poor Cillian Murphy and Co. It wasn't what anybody anticipated and Boyle not only bolstered his own credentials but gave a much-needed shot in the arm to the horror genre at the turn of the century. A welcome surprise, Mr. Boyle. And as you know, he turned heads again with another out-there choice in Slumdog Millionaire. Well played. 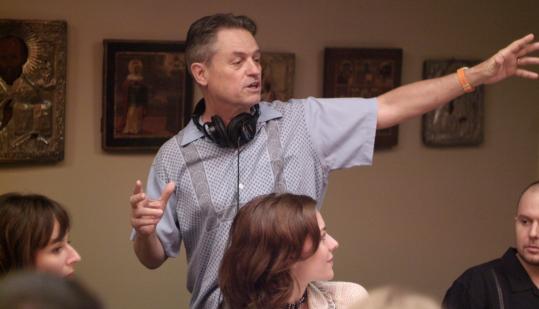 Johnathan Demme, Rachel Getting Married
To this day, Johnathan Demme may not be the household name that other directors on this feature are, but that doesn't make his presence in film any less important; he got his start working for legendary B-director Roger Corman and unleashed Anthony Hopkins' Hannibal Lector on the world in The Silence of the Lambs in 1991. His films vary, but all have an underlying theme of suffering ("Lambs", Philidelphia) and/or corruption (The Manchurian Candidate remake). Which was why he surprised the film world with the release of 2008's Rachel Getting Married.

Unlike his previous films, there were no cold-blooded killers, conspiracies, set-pieces or dour endings. Instead, Demme took a naturalistic approach to his film, electing to shoot the film using handheld cameras and focusing on the inner workings of a fractured family during a daughter's wedding. The man has worked with Anthony Hopkins and Tom Hanks but walked the quieter casting path. The biggest name he had was Anne Hathaway, who would be nominated as Best Actress for her role that year with Demme's direction. Overall, "Rachel" may not be an Earth-shattering shift for Demme in terms of genre, but given how the man's most memoroable work is a timeless thriller/horror, it's a welcome change of pace to watch "Rachel" and see the eyebrows of your friends when you tell them the film is from the same man who did The Silence of the Lambs. "Never would have guessed" will be their reply everytime.

Ang Lee, Brokeback Mountain
We ask you that of the following Ang Lee films, which ones have you heard of or seen: The Wedding Banquet, Ride With the Devil, Crouching Tiger, Hidden Dragon, Hulk ... seeing a pattern? He might have done a film with gay subject matter early on in his career ("Banquet"), but prior to Brokeback Mountain, nobody knew Lee for anything other than his action-oriented films. Let's also be frank: Any director, not to mention the cast and crew, who would tackle "Mountain" on the scale it was deserves a mention for stepping outside the box at that time in cinema.

Faced with mounting suspicions, a hit to his reputation after the less-than-well-recieved Hulk, a "creeped out" Mark Wahlberg rejecting the role (very) publically and endless late-night jokes/parodies, Lee seemed like the last director to bring this film to audiences successfully — second only to Uwe Boll or Brett Ratner, who are the worst choice for anything, really. Despite all that and more, Lee knocked one out of the park; "Mountain" was a massive commercial and critical success and earned several "Best Director" awards, including an Oscar. With this entry to his resume, Lee surprised most (this came from the guy who did Hulk?!) and ironically used "Mountain" as a jumping off point to build a reputation on his versatility rather than remain in a specific genre, whether it be action or drama. His upcoming adaptation of the novel Life of Pi looks to move him into the fantasy field and hammers home that Lee is an example of how directors can continually evolve in their work rather than remain stagnant to one or two genres of film. 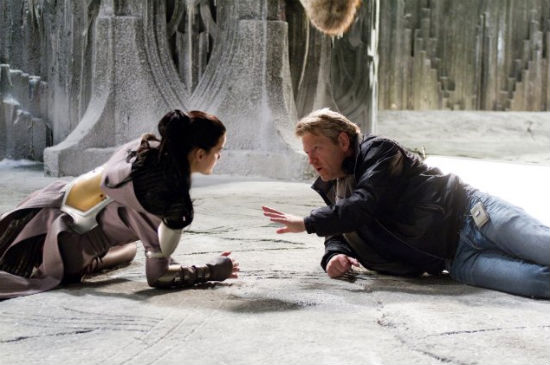 Kenneth Branagh, Thor
Known as much for directing as acting, Kenneth Branagh may not be a megastar, but he's been around town long enough to allow him his choice of projects. If there's one thing the man loves, whether it is stage or screen, it's Shakespeare, having directed (and oftentimes acted) in adaptations of Love's Labour's Lost, Hamlet and Much Ado About Nothing. As such, many if not all of us were initially taken aback when Marvel announced in 2008 that Branagh had been chosen to bring Thor to the big screen.

In a new age of comic films that live under the shadow of Christopher Nolan's more grounded "Batman" films, Branagh already had his work cut out for him bringing the literally-out-of-this-world Thor and Asgard to an audience whose views on comic films were evolving with each new release. It also didn't help that Branagh had some acting experience with bigger budget features (Wild Wild West, Harry Potter and the Chamber of Secrets) but never in a directing capacity. As time went by and the project continued to develop, Branagh's involvement began to make more and more sense, bringing his massive background in Shakespearean theatre to Thor's story and characters. It didn't hurt that he had Anthony Hopkins and Tom Hiddleston, both of whom were no strangers to Branagh's favorite playwright, playing up themes that echoed Hamlet and Henry V.

Armed with a budget of $150 million, a well-rounded cast and plenty of backing from Marvel, Branagh surprised most when the film bowed this summer, balancing the themes of Shakespeare with contemporary action/fantasy. Though he won't be returning for the sequel, the "Thor" series seems to be building a reputation for hiring directors not known for blockbuster films — the sequel scheduled to be directed by Monster helmer Patty Jenkins. Time will tell, but if Branagh is any indication, it could go well.