"We examine the prolific Brit's best and most influential works "
By: Cristian Barros | Movie Features | December 16, 2014
In honor of the release of Ridley Scott's latest movie Exodus: Gods and Kings, starring the versatile Christian Bale, we look back at the films that the talented British director has contributed to cinema. Instead of going through his whole filmography (which expands since the late 1970's), I decided to rank my personal top three favorites and explain their worthiness on the list. We begin the countdown with the movie that brought Scott his most commercial success: 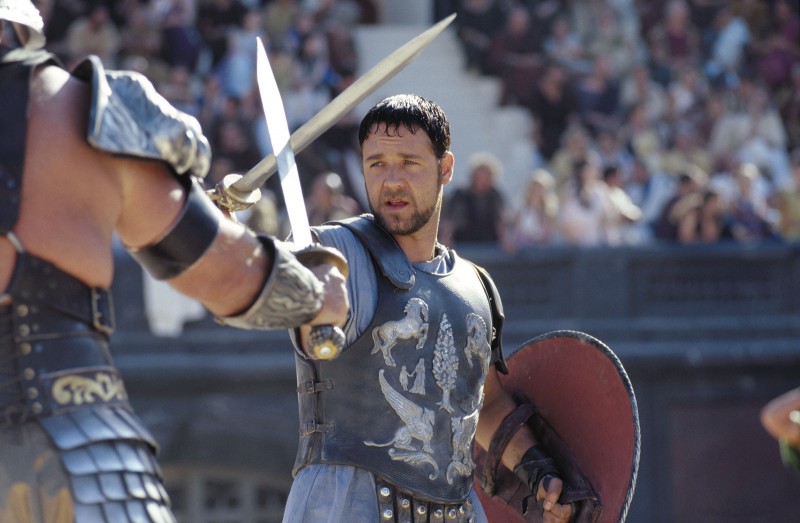 In addition to ranking as Scott's biggest box office hit (grossing $457.6 worldwide), the movie earned critical acclaim and won 5 Academy Awards, including Best Picture. As well as its massive success, the movie holds up as a modern classic and helped redefine Scott as a director in the new decade by rejuvenating the swords and sandals epic genre (Ben-Hur and Spartacus were clearly influential). More than anything, it's an enthralling piece of entertainment, full of visual spectacle and raw emotion, thanks in part to Russell Crowe's strong and vulnerable Oscar-winning performance as Maximus, the Roman general seeking revenge. He brings the necessary brawn to the role, while also creating a reluctant hero through tragic circumstances. Every great story with a hero must have a formidable villain and Joaquin Phoenix (in an Oscar-nominated role) creates a memorable one in the form of Commodus, the emperor who betrays Maximus. He injects the movie with an unpredictable energy that is riveting to watch. Scott fills the movie with striking images and transports the viewer back to ancient Rome, creating a world full of beauty and brutality. His handling of the action sequences is expertly done through John Mathieson's vivid cinematography and Hans Zimmer's haunting score, which allows us to experience it on a visceral level. Gladiator is not only one of Scott's best films, but also one of the best period epic movies ever made. 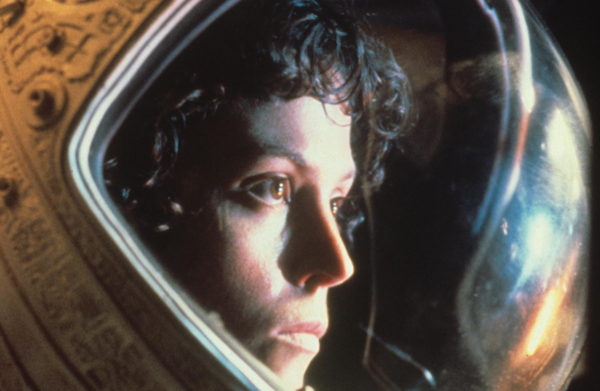 Scott's landmark classic set a new standard in outer space cinema by combining  science fiction with horror. Essentially, the movie can be thought of as a haunted house movie set in space. Scott's meticulous eye created striking images of the ship Nostromo and of the alien planet, aided by exquisite production design by Michael Seymour. One of the most important aspects of the movie is introducing the world to the character of Ellen Ripley, a commercial crew member in space, one of the most iconic female action heroes in cinema. Sigourney Weaver performance was fierce in her breakthrough role: Weaver brought a tough vulnerability not usually seen by a female character in an action setting. Weaver digs deep to discover Ripley's reserves of strength unknown, following the disappearance of her crew. Scott creates claustrophobic tension by utilizing the tight spaces on the  Nostromo and not revealing the alien fully until the end. This technique, along with Jerry Goldsmith's eerie score, creates an effective amount of suspense and genuine terror. It's a movie that is not easily shaken off, which is why Alien is not only one of Scott's best efforts, but also one of the most terrifying movies ever made, by plumbing into our most psychological fears of isolation. 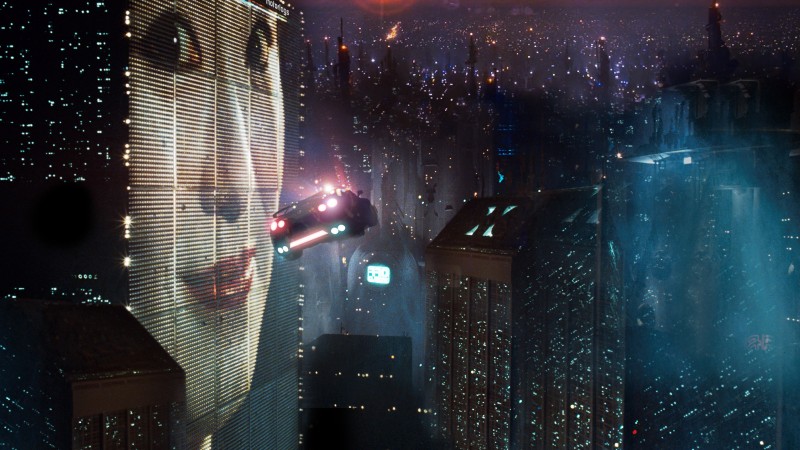 Following the success of Alien, Scott decided to stick with science fiction, but decided to stay on Earth. Based on Philip K. Dick's novel Do Androids Dream of Electric Sheep?, Blade Runner is another landmark movie for Scott, which combined science fiction with a film noir-style detective story and a bleak look into the future. The movie is also remembered for Harrison Ford's effective low-key performance as an anti-hero detective pursuing criminal replicants, genetically-engineered human cyborgs. Once again, Scott incorporates a striking visual style of a stark future in Los Angeles, which is brought to life through Lawrence G. Paull's stunning production design. The visual aesthetic incorporated in the movie would set the gold standard and would be a large influence in many sci-fi adventures to come. The movie's main theme of questioning our humanity versus technology was ahead of its time and still resonates today. Scott's poetic images, strong performances, and relevant themes combine to create a bona-fide classic and ranks as Scott's masterpiece.