Most Disappointing Shows of 2013

By: Yaysa Roque | TV Features | December 20, 2013
Last week we celebrated some of the best new shows of the year, but now its time we tear into some of the shows (new and old) that were just huge disappointments, from a long-running series that was once great and couldn’t get it together to a highly anticipated and much hyped new show that didn’t live up to its expectations. These aren’t just shows that were always mediocre or underwhelming, we were rooting for these shows to succeed and prove themselves, but they didn’t. So its up to us to highlight these television catastrophes and vent on behalf of the viewing public. Also, its always fun to be bitter about the television we watch. Who doesn’t love to complain? These are the most disappointing shows of the year: Homeland 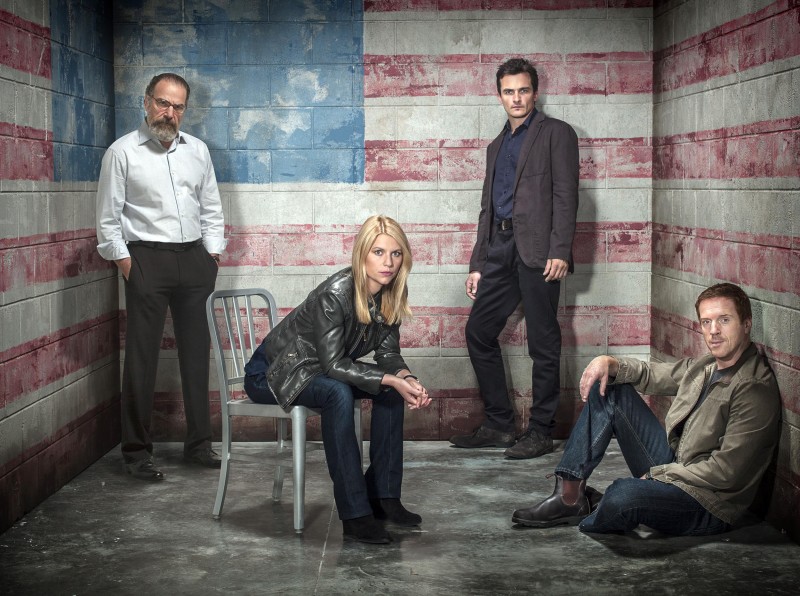 (Spoilers for season 3 below) The first season of Homeland was virtually flawless; the writers ingeniously crafted a high-stakes and intriguing storyline that relied heavily on the complexity of the characters and their relationships with each other. Yes it was a suspenseful thriller akin to Fox’s 24 with elaborate chase sequences, assassinations, covert operations, etc. but what elevated the series from generic spy-thriller to note-worthy TV was the strength of its characters, particularly its two protagonists, and their increasingly tense and fraught interactions. So it is especially frustrating to see how far the show has fallen. Following a flawed second season, in which the Carrie/Brody relationship devolved into a clichéd love story, there was hope that the Showtime series would improve in its third, considering that the second season had some praiseworthy moments. But as the new episodes began airing, it became painfully clear that the Homeland writers had lost their touch. The writers attempted to shock viewers in the cheapest of ways, withholding information from the audience, for no other reason than to keep us in the dark to later pull the rug out from under us. Carrie’s stay at a psych ward was torturous and tedious to watch and when it was revealed that it was all a part of a master plan, it only infuriated viewers. Why did we have to go through that at all? What was the point? Not to mention all the obvious logical issues the reveal brought about. Wouldn’t the hospital administer a pregnancy test before they prescribe any drugs? Why did she seem to be “acting” when nobody was around to witness it? When exactly did they hatch this mysterious plan? The questions didn’t stop there. As more and more of Saul’s plan came to light, the more ridiculously implausible the narrative became. The show has always called for suspension of disbelief, but this was seriously pushing it. And where do I begin with Dana? Perhaps the season’s most controversial and exasperating storyline followed Brody’s teenage daughter in an indulgent arc from psychiatric institution, to a road trip with crazy Leo, to moving out of the Brody home and working in a motel. Even if you liked Dana in past seasons, it was impossible to enjoy anything concerning her, which was a shame because she truly used to be an interesting presence on the show. Weak storytelling plagued the entire season, from Carrie and Saul’s secret operation to the dreaded Dana/Leo catastrophe, the narrative seemed to be built with the intent to annoy viewers What was most disappointing, however, was the show’s ridiculous ability to dismiss actually interesting plotlines. The entire season was a machination orchestrating Brody’s ultimate demise; we spent twelve arduous episodes in service to this predetermined outcome. The writers probably knew that they would end the season with Brody’s death, so they wrote backwards from their endpoint, thus making the story seem even more contrived and convenient than usual. But did they really have to spend the entire season leading up to it? The finale skipped over four months of the timeline following Brody’s death glossing over truly compelling material that could have been fun to explore in the season, if Brody’s death had been dealt with sooner. Intriguing subplots concerning supporting characters, Quinn and Fara were dropped in favor for the larger storyline. Maybe now with Brody gone, the writers can restructure the series and restore it back to its former glory. Marvel’s Agents of S.H.I.E.L.D 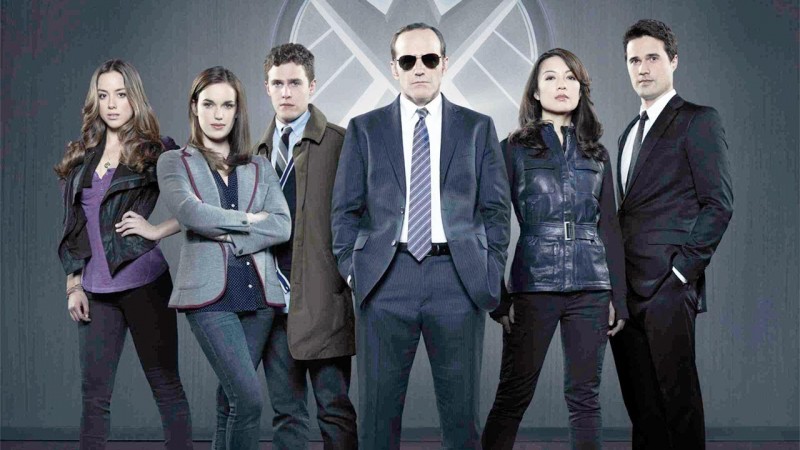 With the success of Joss Whedon’s Avengers feature, anticipation for this series was at an all time high.  It was easily the most anticipated new show of the fall 2013 season. Whedon was able to skillfully instill in The Avengers his now signature sense of humor and style, which made the film something that even Marvel illiterates could enjoy. You didn’t have to be a fan or be knowledgeable about the many superheroes and characters in the universe to enjoy what was on screen. But the network television translation of the Marvel universe hasn’t enjoyed the same success its cinematic counterpart has experienced. I suspect that being a fan of the Marvel comics and the films keeps some people watching. Because of a loyalty or nostalgic love of the franchise. But for those of us who aren’t necessarily drawn to that type of world, its just another crime procedural with a twist. Hey, once in a while Samuel L. Jackson will do a cameo; maybe Robert Downey Jr. could throw them a bone.

While doing respectable ratings, it could be called a commercial success, the series is lacking in quality. What made those movies work so well (apart from the iconic characters) was that the stories were grand, high-stakes dilemmas that needed to be solved in a specific time frame, like Manhattan’s potential destruction from freaky scary space aliens. The series suffers from ridiculously low stakes, sure the world cannot be in the brink of destruction week after week, but some kind of exigency in its narrative would be nice. The show hasn’t built up its characters enough that they can carry a show on pure personality. That’s yet another thing missing from the series, well rounded characters that we could relate to and grow to care about. The series is relatively young and new, so personalities are still being formed and established. However, ten episodes are enough to establish characters and backstory, at least interesting character dynamics that could carry weaker storylines. Where are the superheroes? I know that we shouldn’t expect Captain America or Iron Man to stroll through every once in a while, but the show could take advantage of the vast inventory of Marvel comics and heroes to introduce some lesser known heroes and have some fun. People love themselves some superheroes, S.H.I.E.L.D is lacking in that department. There is nothing horribly, offensively wrong with Agents of S.H.I.E.L.D, but it is drowning in its own mediocrity and it is not delivering in the high-stakes drama audiences were obviously expecting, making it one of the year’s biggest letdowns. Dexter 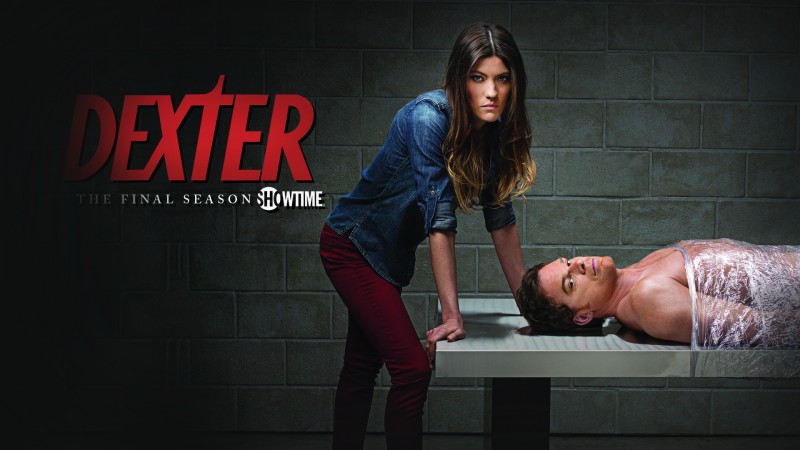 Oh, Dexter. (Season 8 spoilers below) We so wanted to love the series finale, but you really made it hard for us to find anything positive to say about that ending. This is without a doubt the biggest television letdown of the year. There is no question that Dexter was declining in quality through the years, it never really lived up to the glory days of the first two seasons, but I don’t think anybody could have foretold the utter badness of its conclusion. What makes it sting even more is that, the eighth season started out with a promising set of episodes. The introduction of Charlotte Rampling as the enigmatic psychiatrist Dr. Vogel, Debra finally finding out about Dexter’s dark secret, and as always a new and intriguing murder case. It seemed all was fine in Dexterland, the previous season had been an undeniable improvement from the dreck that preceded it, and season eight was following its footsteps. But somewhere along it all just fell apart and the writers promptly drove the series to the ground. Superfluous storylines took away time from the people we actually cared about. Who cares about Masuka and his kid? Or Jamie and Quinn’s relationship. Or Quinn. Do we really buy that Quinn could be up for a lieutenant position? And why did Deb hook back up with him? Really? Why were these ridiculous storylines taking time away from Deb and Dexter, the focal relationship and the most entertaining part of the show? Also, the idea that Dexter was developing a sense of humanity as the series went on is an idea so foreign to the show’s beginnings that it was sure to alienate some viewers. People fell in love with the emotionless killer, who, because he had people that cared for him, developed a moral code unlike any other serial killer. It was increasingly frustrating for the writers to waste our time in such a way. It was fun to watch him navigate the world with his unique point of view and see him adapt to the world around him. The Dexter of the final season became such a guilt-ridden, tortured soul that it was tedious to watch. The decline of the show doesn’t fall upon the final season alone, but it certainly hit the nail on the coffin and delivered the final, painful blow to all Dexter fans. He’s a lumberjack?! The ridiculously over-the-top coda to the disaster that was the eighth season had Dexter take Debra’s recently deceased body on his boat to the eye of a hurricane. We believe that he is committing suicide, which I guess is alright, (I mean, did we really expect a happy ending from this show?) but no. Dexter somehow manages to escape that death trap and makes his way to Washington (I can’t remember?) and is living there as a lonely lumberjack. What? It is laughably bad; in fact that entire episode is full of eye-roll inducing moments, bad storytelling and forced emotion. What a mess. Honorable mentions Community: Who would have thought that Community without Dan Harmon would suck? Everybody did, and they were right. Though the NBC comedy delivered some amusing episodes in its latest season, none of them could really capture the quality of the Harmon era. But fans didn’t have to suffer for too long, Harmon is back for the show’s fifth season premiering on January. The Following: Kevin Bacon’s foray to television had many abuzz with excitement, but what we got was another over the top serial killer drama full of hokey writing and exploitative scenarios. Clichés on top of clichés were the rave, an Edgar Allan Poe inspired killer, original. The Michael J. Fox Show: Another show with a big name lead that did not deliver. Michael J. Fox’s return to network television was another big deal this season; too bad his new show is just another generic family sitcom.