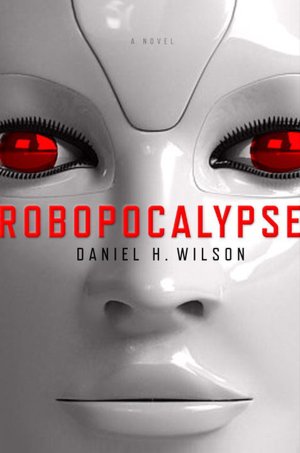 Disney has been extremely busy planning for 2014 lately. After moving Thor 2 up a week to give the Marvel Studios sequel some distance from the pre-Thanksgiving weekend release of The Hunger Games: Catching Fire, the studio has quickly moved to shift a couple other high-profile projects in Lone Ranger and Steven Spielberg's Robopocalypse.

The cause of the shift likely stems from a lack of movement on the production front for Robopocalypse, the adaptation of Daniel H. Wilson's novel recounting a fictional robot uprising penned by The Cabin in the Woods filmmaker Drew Goddard. Spielberg appears to be busy in post on his award-hopeful biopic Lincoln, as no casting decisions had been made for the film, which was to get a coveted Fourth of July weekend roll out next year. Now you can expect to see the film no earlier than April 25, 2014—the "pre-summer" spot. This is as stands one week before the sequel to this summer's The Amazing Spider-Man is scheduled debut.

Naturally, Disney wanted to quickly fill the void left by the DreamWorks production with something dependable, so Gore Verbinski's Lone Ranger starring Johnny Depp will take its place. "Ranger" had a May 31, 2013 release date all to itself, but that would have pitted it against heavy-hitting second-weekers The Hangover Part III and Fast & Furious 6. What's more, Fourth of July weekend tends to get one of the bigger box-office takes of the year. "Ranger" will now face Universal's Despicable Me 2 and Fox's recently announced 3D rerelease of Independence Day on July 3, 2013.