Divinity II: The Dragon Knight Saga is an apology. It apologizes to those who bought its earlier iteration: Divinity II: Ego Draconis. You see, Larian Studios, the developer behind both games, released a bug-ridden and overly difficult game in January of 2010. Players and reviewers alike saw the game’s potential, but were often turned off by the problems mentioned above.

Well, Larian listened. In November of 2010, they released The Dragon Knight Saga. They basically took Ego Draconis and fixed the majority of complaints, while also including an expansion pack called Flames of Vengeance.

In Divinity II, you take on the role of a dragon slayer (at first). You get glowing eyes and the ability to read the minds of others (if you are willing to pay the XP cost). Your starting area is a small town plagued by goblins, and something more sinister underneath. Soon enough, you are tasked with hunting down the last of the Dragon Knights, who are people with the ability to morph into dragons. Things get more complicated when, during your fight with this last reptilian knight, you are turned into a Dragon Knight as well. 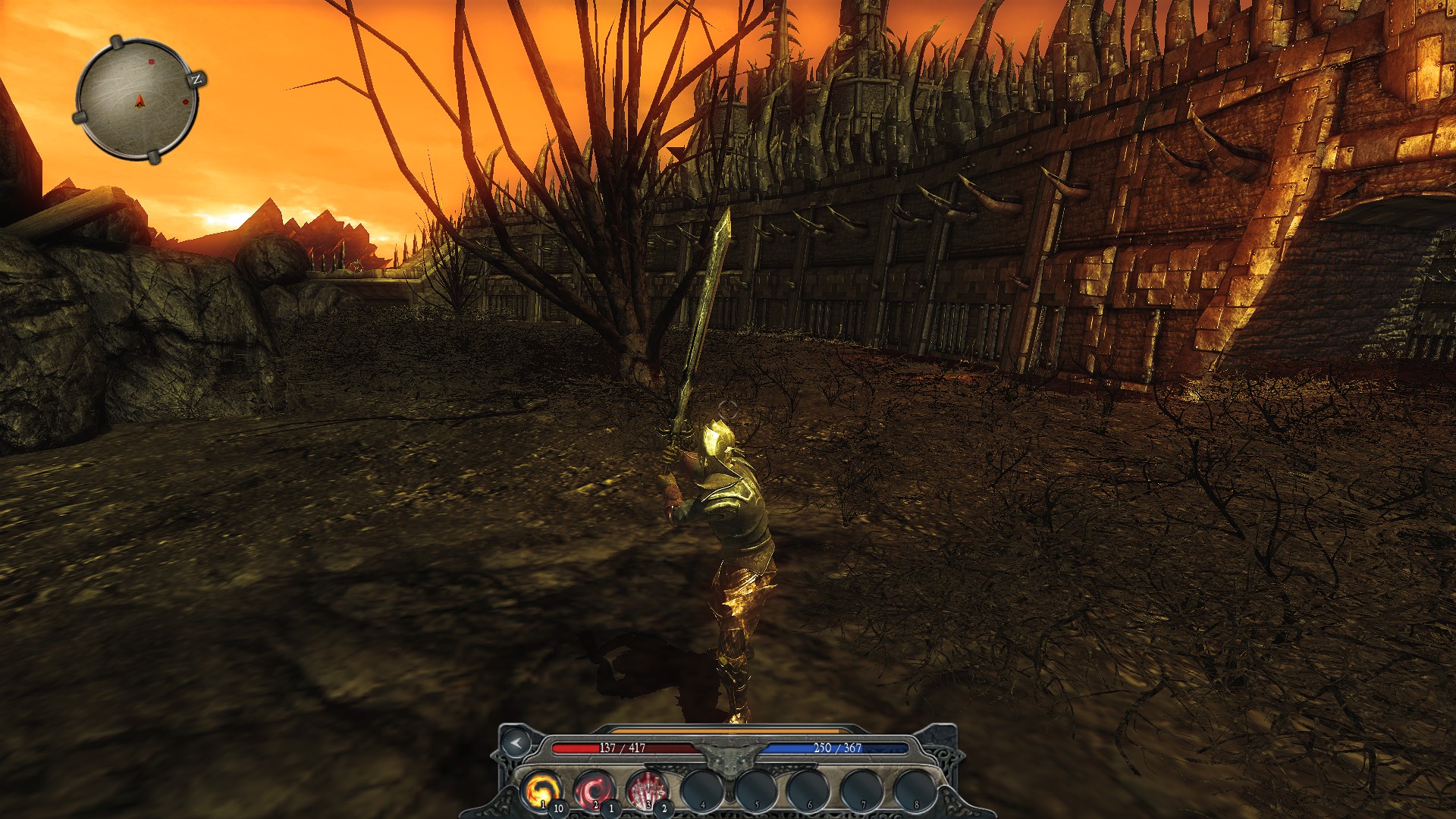 Soon enough you are fighting an ancient evil bent on taking over the world. Pretty standard fantasy fare.

You can play as one of three archetypes, which are the usual suspects (casting, ranged, and melee) though your skill tree lets you blend them as you like. Combat is reminiscent of other games in the ARPG genre, with your left mouse button controlling your basic melee swing and a hotbar controlling your spells and specialty attacks. You also get a minion who charges mindlessly into the fray, proving to at least be an effective meat shield. Melee and ranged attacks from monsters can be dodged with a variety of acrobatics, from a spinning jump in the air to tumbles. 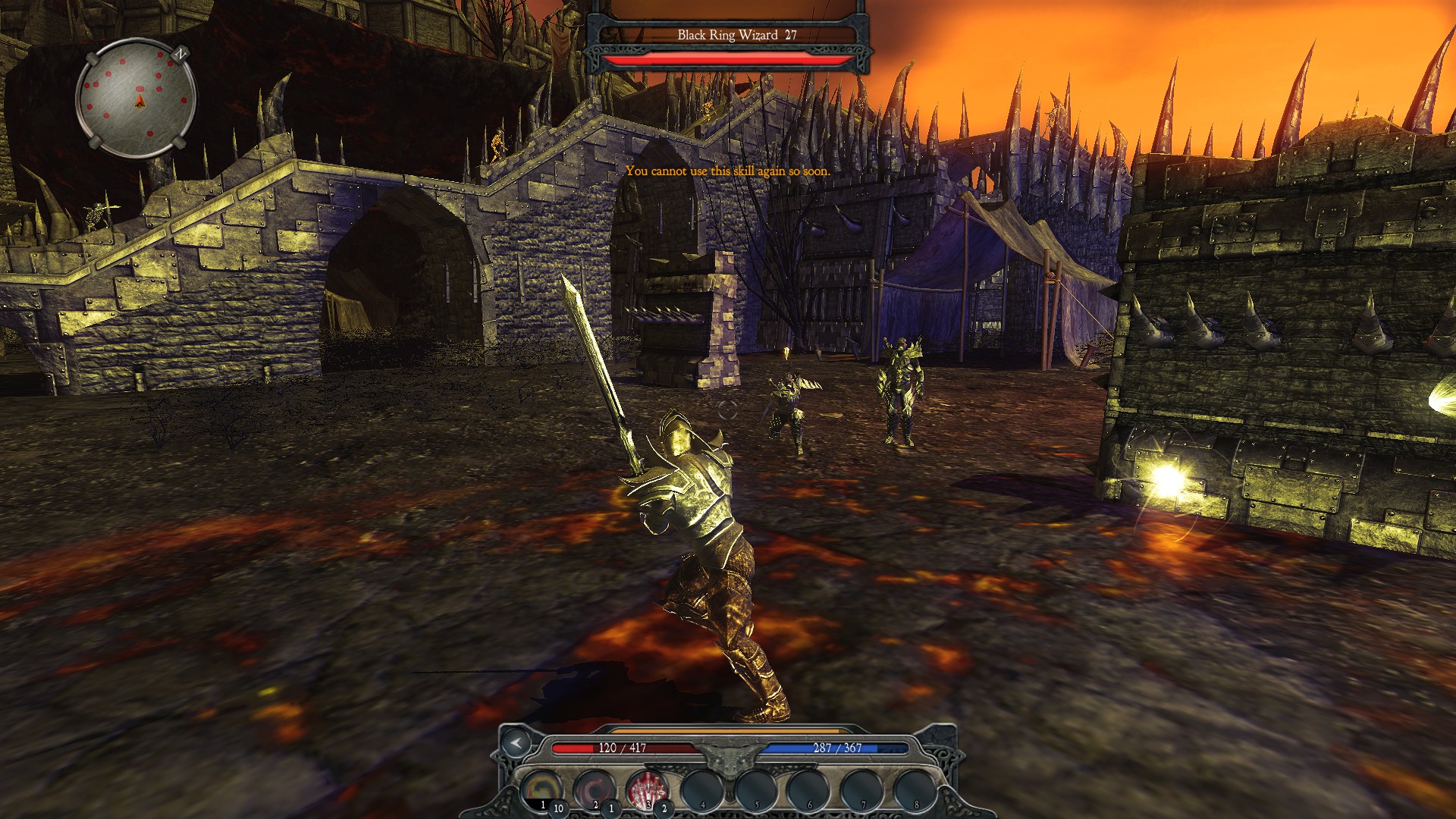 Combat as a dragon is somewhat different. You get a basic fire-breathing attack that you use to take down the large buildings constructed to kill you, and you can specialize in “spells” like machine-gun fireballs and healing. This is one of my gripes with the game; as soon as you turn into a dragon, you can no longer attack ground units. That is because they no longer seem to exist. That camp you were just mowing through moments earlier is now a ghost town. This was disappointing because, really, who wants to do anything as a dragon but do strafing runs amongst your helpless, insectile enemies? 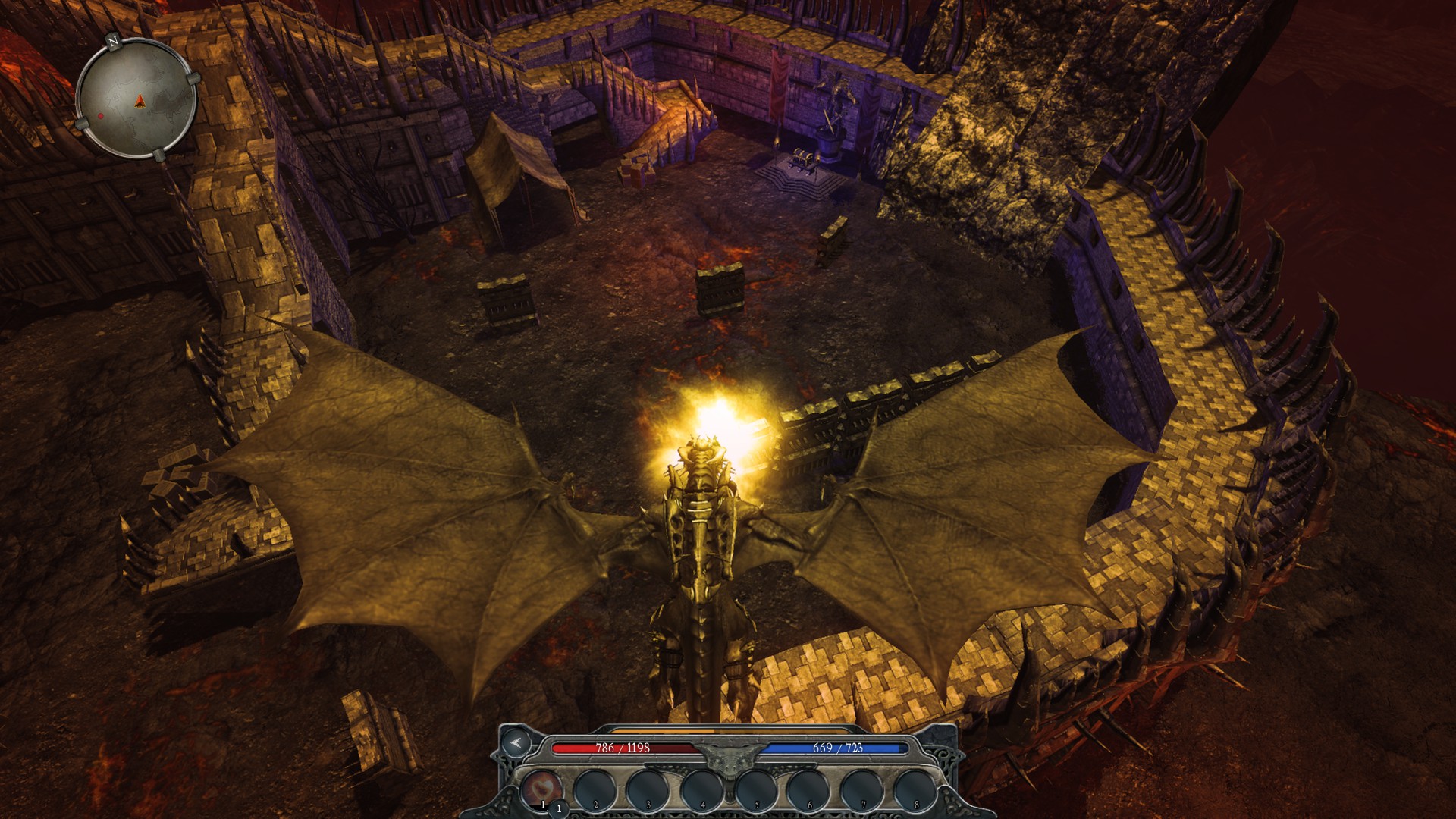 The game play is well-done, with you being assigned quests with small, specific objectives closer to the beginning of the game to get you acquainted with the controls and combat style. It takes a cue from the Overlord games later on, as you are given control of an ancient fortress that you can upgrade, which will in turn provide upgrades for your character.

The graphics are well done, if slightly dated. They remind me somewhat of EverQuest 2, and by that I mean that shiny plastic look that was in vogue several years ago in gaming. A middling machine is all you will need to get this game up to its maximum settings. An issue capping the framerate at 30 FPS in the original Ego Draconis has been fixed, and you can now set your own FPS cap up to 100 if you so choose. 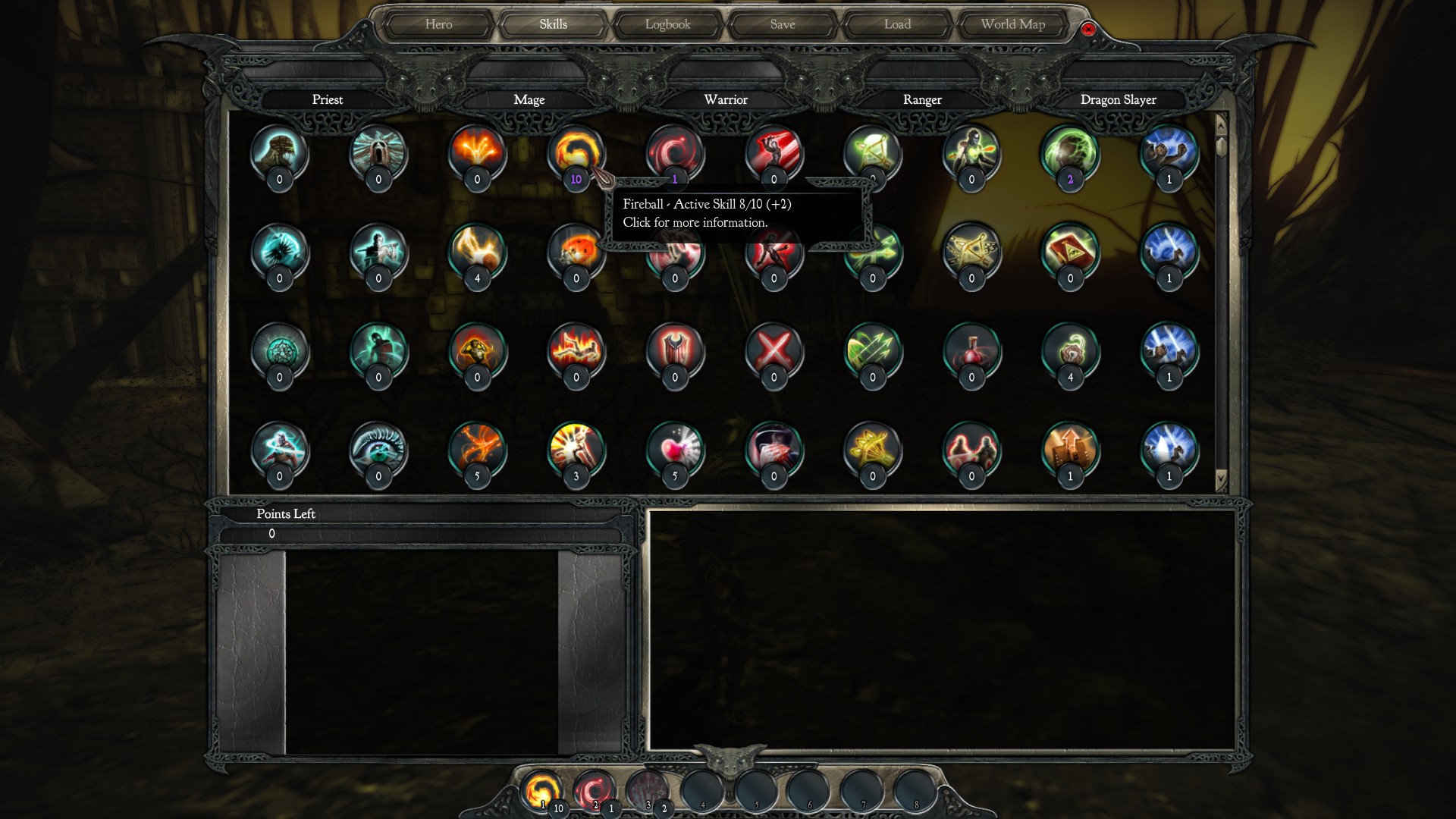 You should be able to sink somewhere around 40 hours of game play into Divinity II, with more if you choose to complete the various side quests. The story deserves more attention here. The game is very aware of itself, and the clichéd plot it gives you on the surface. It makes fun of itself openly, especially through some of your dialogue options. You can sass everyone from your mentor to your arch nemesis, usually to their extreme annoyance. Morality itself is often questioned, as you can complete quests in many different ways (with several of these ways being anywhere from humorously grey to darkly black as far as good and evil go). For instance, you must choose the people who provide your fortress with upgrades. You get to choose between two people for each role. The person who did not make the cut, well, they get cut (if you know what I mean).

This is one of those games where you should not skip over the dialogue and story, if just for the laughs.  Being as old as it is, you can wait for this to go on sale on Steam and other digital distributors. If it does, pick it up. At a bargain price, Divinity II: The Dragon Knight Saga is worth every penny.