Bioware has quickly formed into one of the few companies that no matter what video game they put their name on, it’s guaranteed to be a success. Bioware never fails to deliver an epic, lengthy adventure consisting of many twist and turns but ultimately ending with apropos satisfaction; as is the case with their newest release, the sequel to the massively popular Dragon Age, Dragon Age II.

Dragon Age II is told from the perspective of one of you party members. Varric. He’s been captured and forced to blab up some information about the story of Hawke (which is the main character) and his adventures through the glorious city of Kirkwall. This is a nice way to make the few large time jumps understandable and relevant to the story. The story of Dragon Age II is simply put, incredible. It’s deep, dark, twisty, and as engrossing as any Best Picture nominee at the Oscars. It’s very clearly broken up into three acts, with three separate story arcs looming over all the acts. While the third act is by far the shortest, it is also the best. It seems as if Bioware’s design philosophy for the third act was to not give the player a single second where they wanted to stop playing just because of how intriguing the story is. 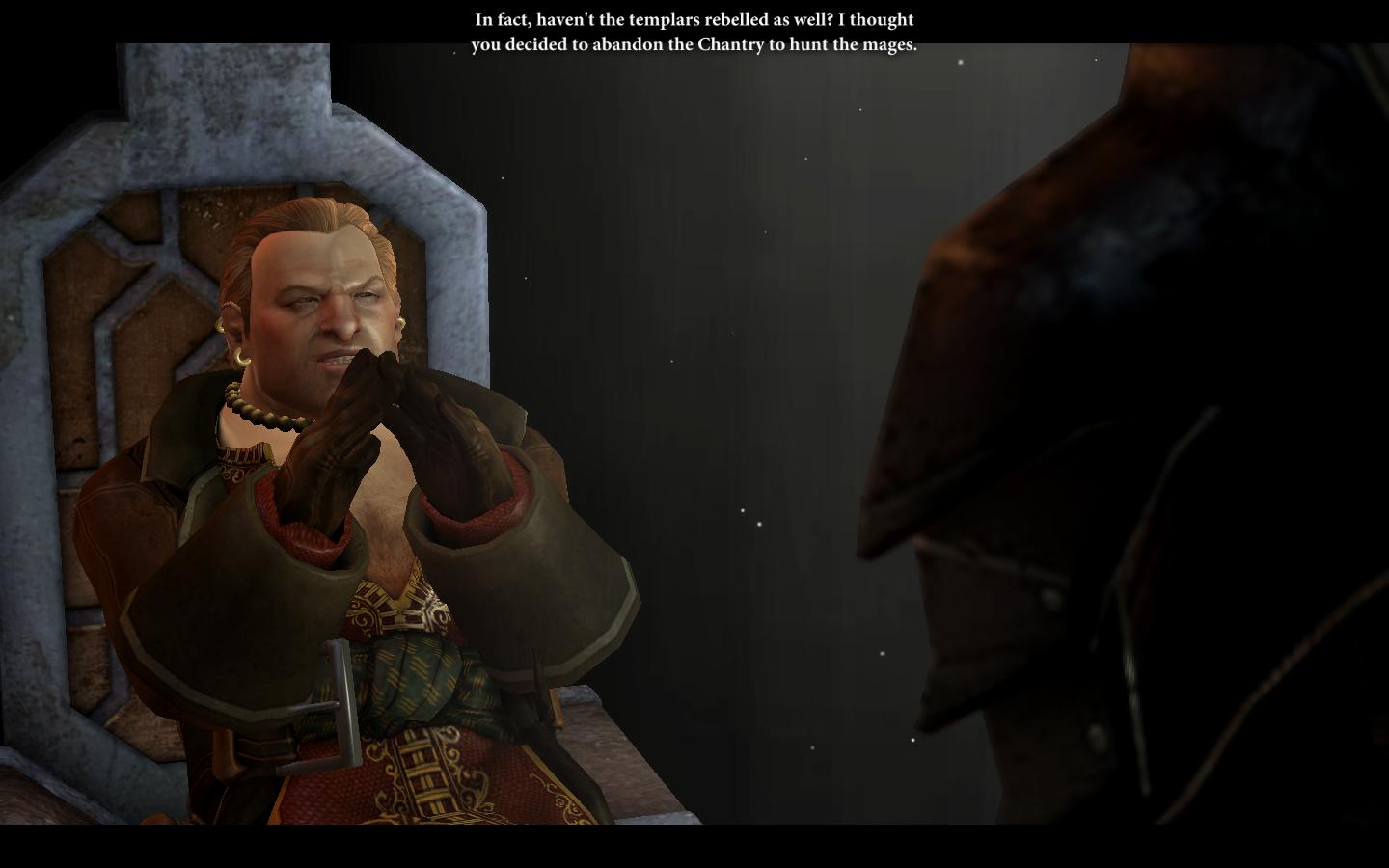 The story isn’t the only thing in Dragon Age that will keep you playing all night, the characters and their stories will definitely hold your attention for many hours. There are a total of six separate party members you can acquire throughout the game and you’ll more than likely have those all unlocked by your sixth hour.  It’s shocking just how much work Bioware put into developing these characters and making them as interesting as they are. From their voice work to their writing to their character design, it’s all just so awe-inspiring and will keep that controller in your hands until the crack of dawn. It isn’t just the party members that are deep and well put together, it’s every single character put into this game. Though Merrill may be my personal Best New Character for 2011, she’s adorable yet well developed and very funny.

Sadly, one of the more disappointing things in Dragon Age II is that bugs seem to be very prevalent. If you simply do a search on Youtube, that fact will quickly become apparent. I personally ran into a bug that made Hawke think he had his two daggers out constantly, but never did.  So my character was going through cut scenes looking like he was attempting the chicken dance. This bug eventually fixed itself but the fact that my cut scenes and action sequences were basically broken, animation wise, for an hour is kind of a bummer and something I wouldn’t expect from Bioware.

One of the more common complaints about Dragon Age 1 was that the questing system was too cluttered. It was hard to actually figure out where you needed to go and who you need to talk to once you get there. In Dragon Age II, that problem has been one hundred percent rectified. Upon exiting a territory, a large world map will open up. On this world map will be many locations you can quick travel to and once you highlight over a location, it will then reveal in the top left corner if you have a quest that is located within that city, and even tell you what the quest’s name is. Upon entering that city, it will place a handy little marker over who exactly you need to speak to and your map will reflect that. This addition may seem minuscule but it makes Dragon Age II much more accessible to newcomers than the first did.

The look of Dragon Age II is shockingly similar to its PC counterpart.  The PC version of course looks slightly better but the Xbox 360 version is definitely not a slouch. The frame rate remains steady throughout most of the game and all of the animations are very smooth (when your character isn’t affected by an animation killing bug of course) and the character design is a beautiful testament to the character’s personality. 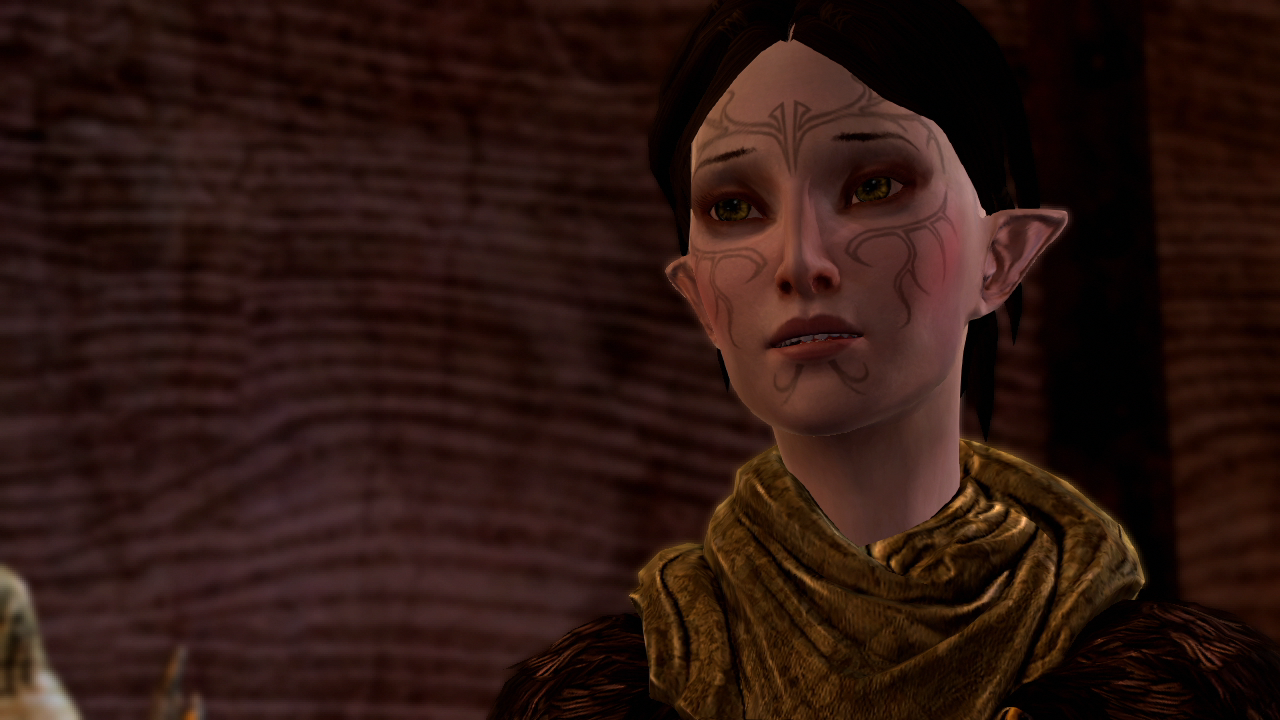 Another detriment to Dragon Age II is the fact that it remains clear that the Dragon Age series is a PC series first and a console series second. The interface and UI remain very hard to navigate and at times is downright confusing. This is a problem that appears in almost all PC to Xbox 360 ports and if there’s a team that can fix that problem, it’s Bioware. It will be interesting to see If Bioware can innovate on the poor UI in the inevitable Dragon Age III, but for now, they’ve done nothing to change this issue.

Dragon Age II is a long, winding road filled to the brim with interesting characters, flawless writing, and one of the best stories to grace a video game in years. While it may be occasionally frustrating with the bugs and poor interface, you’ll forget all about that once Dragon Age II is sucking hours and hours away from you, even before you start the main story.