By: Edward Oliveira | Wii-U News | July 8, 2014
Dragon Quest X, the MMORPG installment of the popular RPG series, will be hitting a new platform this September: The Nintendo 3DS.
The handheld version of the game will connect with Wii, Wii U and PC owners, and to compensate for the lack of buttons, it will have the ZL, ZR, right analog stick as well as the keyboard on the bottom screen. 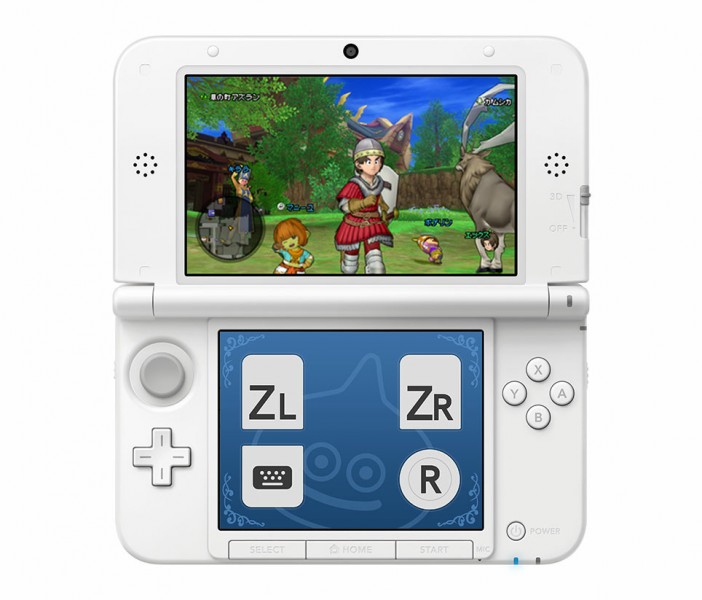 According to a translation from Gematsu, this will be built unlike any 3DS game before, as the game will be streamed onto the handheld instead of running natively on it. Due to that, the game will not use the 3D function of the system and will be better looking than any other 3DS game.
Dragon Quest X will be bundled with the game, a 60-day online pass, a Lemon Slime Board Prism, five Great EXP Archives (which gets you 1,000 EXP when used), a Casino Coin Ticket, a poster and a lottery card. After your 60 days are up, players can buy extra time in various intervals: three days for 350 yen, ten days for 650 yen and a month for 1,500 yen. No news yet of an international release outside Japan.