Driver: San Francisco, developed by Ubisoft Reflections, puts you in the role of John Tanner, undercover cop and protagonist from nearly every Driver game in the series. The open world setting is San Francisco, as the title notes, and is complete with the city’s landmarks, such as the Golden Gate Bridge.

Driver: San Francisco’s main, and important, new feature is the “Shift” ability.  Shift is a psychic ability in which Tanner is able to “possess” the body of any driver, and control them at will. This power will no doubt play a large role in the final game, as all three missions in the demo require the player to utilize Shift in order to complete them successfully.

By pressing the “A” button, the camera zooms out to a birds-eye view, and time slows to a crawl. Dragging a cursor, the player can choose any car they want to Shift into (except police cars, and for good reason: it would make cop chases way too easy). Cars that Tanner needs to Shift into are marked on the mini-map at the top of the screen, and there is a set time limit to find them. 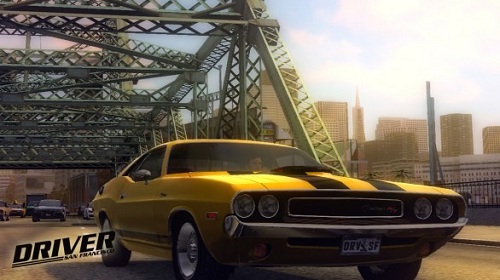 While the Shift ability is unique and entertaining, it does feel a little out of place for this type of game, let alone the Driver series as a whole. How Tanner got this ability was very loosely addressed in the demo. Hopefully it will be explained in greater detail in the full game.

The prominent position that Shift has on the controller, the “A” button, is perhaps too prominent. I found myself accidentally hitting it at inopportune moments, such as during a chase scene, and as a result becoming cornered by the cops. Also, I am accustomed to driving games using the A button as an E-brake, and many times I entered into Shift mode when instead I meant to slide into a sharp turn.

Nevertheless, this ability has high entertainment value, so much so that at times I found myself ignoring the mission and instead Shifting into any random civilian car I came upon. Some humorous dialogue moments ensue when Tanner Shifts into a car that has another passenger.  While Tanner has no idea what the other person is talking about, the passenger is completely oblivious that their driver has just been possessed, and continues their conversation. 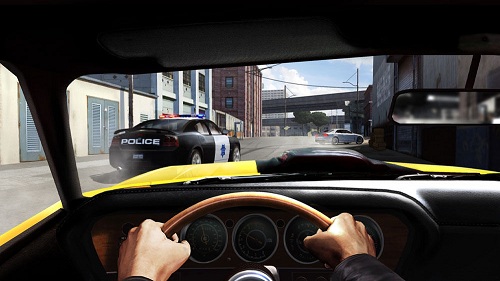 Every car you encounter and drive in Driver: San Francisco is fully licensed. There are a variety of cars in the game, from a Ford GT40, to a Dodge Neon, and even a 1960s Ford tow truck. The cars all have a cockpit view, complete with a detailed dashboard that is unique to each car.

Each car handles differently, but I found that every car controlled slightly float-y.  Cars either had a hard time turning or would spin out easily due to abrupt maneuvers. However, if you’ve played Grand Theft Auto IV, you will have no problem here. But unlike GTAIV, pedestrians actually dive out of the way when you charge your vehicle towards them.  The game is rated Teen, after all.

Two of the missions in the demo, “Prove It” and “Escapist”, require essentially the same procedure: Shift into another car, and evade the police. The other mission, “Team Colors,” provided an interesting take on the standard racing formula, thanks to the Shift ability. Your objective is to take control of two cars, and finish first and second, respectively. You are introduced to the “Rapid Shift” ability, where by pressing the right bumper on the controller, you are able to quickly switch between your two cars. Once you Shift into your other car, the car you were originally driving is controlled by the computer. You must constantly Shift back and forth to succeed.