‘Dumb and Dumber To’ Could Still Happen

The twice-annual meeting of the Television Critics Association had some interesting news for theater goers, as The Newsroom star Jeff Daniels revived hopes for a sequel to Dumb and Dumber while fielding questions for the HBO series.

Although still making sure to mention the hand currently feeding him whenever possible, Daniels revealed that the on-again, off-again sequel Dumb and Dumber To would hopefully start shooting next year. Daniels told reporters: 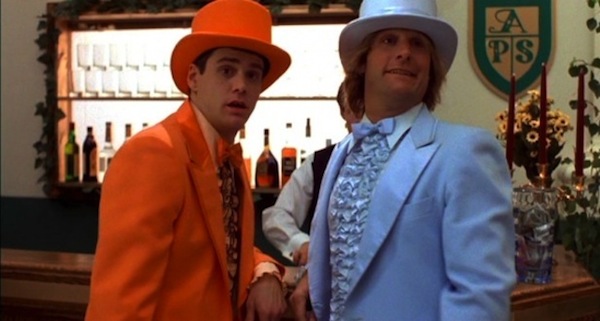 He even went so far as to throw out a hopeful starting date of "next May or June." That's of course, in Daniels' words, "if everything works out on the business end."

Fans of Dumb & Dumber had their hopes for a sequel dashed back in June when co-star Jim Carrey backed away from the project, claiming that New Line and Warner Bros. didn't share the enthusiasm Daniels and Carrey had for the script. Bobby and Peter Farrelly were similarly ready to return to their shared role as director before studio problems forced Carrey to bail.

Latino Review has Daniels quoted as sharing in Carrey's frustration.

"This has been a year and a half of a whole bunch of are we, aren't we, what's going on, yeah the script's funny, no it's not, now we have to take notes."

Though Daniels' words are encouraging, Carrey's involvement seems paramount to whatever future Harry and Lloyd might have in theaters.